The concept of driverless cars, also known as autonomous vehicles, may seem futuristic. However, it’s a vision that’s been unfolding rapidly in recent years. By 2020, the first wave of autonomous vehicles are expected to enter the market, turning the tedium of driving over to computers. Take a look at the history of self-driving cars, where they are now and what the world can expect from this innovation.

The Long History of Self-Driving Cars

Autonomous vehicles are not a new concept. The Computer History Museum explains that Leonardo da Vinci imagined driverless conveyance as far back as 1478. However, his self-propelled vehicle was designed to move just 130 feet on a predefined track.

Flash forward to the 20th century, and the concept of driverless vehicles was teased from the 1930s onward — the construction of the interstate highway system and the subsequent traffic jams made self-driving cars an appealing idea. In 1960, Ohio State University pioneered a program for driverless cars that relied on electronic devices embedded in the road. A number of successful autonomous car tests followed in the coming decades, by Mercedes-Benz in the early 1980s, General Motors and partners in the 1990s and Carnegie Mellon University in the 1990s. Further, in 2010, Audi sent a driverless automobile to the top of Pike’s Peak, a challenging 12.42-mile drive to the summit of a crag in Colorado. 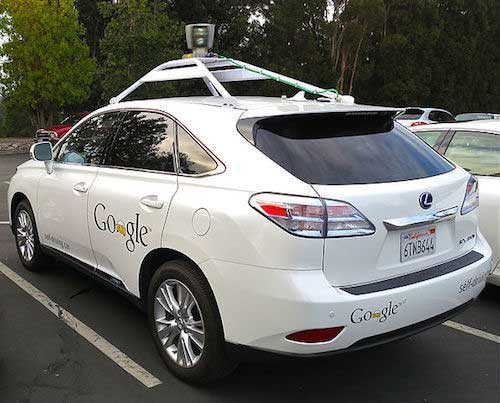 The industry is moving rapidly toward autonomous driving with the help of car manufacturers, technology companies, universities, government agencies and insurance companies. Today, most car manufacturers are testing autonomous cars, and they have been joined by two technology giants that are intent on getting a share of the market: Apple and Google. Cameras and sonars are among the advanced technologies allowing modern models to safely navigate teeming streets.

If you’re shopping for a new car today, you’ll see that many vehicles are already outfitted with some of the technologies driverless cars will feature, including adaptive cruise control, automatic braking, lane keeping assist and blind spot assistance. Notably, the first two technologies customarily work together, ensuring that you stay a safe distance behind the car in front of you, regardless of the traffic conditions. Further, if you don’t brake fast enough, the car will take over, bringing the vehicle to a standstill.

Moving a step closer to autonomous driving, Cadillac’s CT6 sedan has Super Cruise automation. Super Cruise blends adaptive cruise control with lane centering, using cameras and sensors to automatically steer and brake the car during highway driving. In effect, you’ll sit in the driver’s seat with your hands off the wheel. No, you won’t be able to sit in the passenger’s seat or the backseat just yet, as you may need to take over in certain conditions.

The Future is Now… Almost

The transition to self-driving cars won’t happen swiftly. After all, the U.S. Department of Transportation notes that there were close to 256 million registered vehicles in the country as of 2013. Indeed, it will take decades for the fleet to turn over, and there will always be people who prefer to drive themselves. Other concerns include the price tag of self-driving vehicles and consumer adoption. With a record number of recalls in recent years, only risk-taking early adopters may jump in. Moreover, autonomous cars must pass regulatory scrutiny, and insurance companies will need to be on board as well to make driverless cars a reality by 2020.

Check out all the relays, sensors and switches available on NAPA Online or trust one of our 17,000 NAPA AutoCare locations for routine maintenance and repairs. For more information on self-driving cars, chat with a knowledgeable expert at your local NAPA AUTO PARTS store.

NAPA Know How Blog Self-Driving Cars: The Future Of Transportation is Now