The small non-return valve built into the intake manifold as part of the PCV system routinely becomes dislodged once the engine had some age and miles on it. This valve, little more than a simple rubber flap with a keeper tab on one side, drops out of its mount with nothing to secure it in place. Once this valve is gone (it’s typically sucked through the intake system and combusted), vaporized oil is free to pass through the engine, resulting in the higher oil consumption.

Replacing the original intake manifold with a new factory part may take care of the immediate problem, but it virtually ensures the owner will be making the same repair again in the future. Once NAPA’s ideation team looked at the source of the problem, they developed a smart solution to keep the valve located, even if its keeper should wear out. By incorporating a retainer insert into the intake manifold, the valve in this improved design is now captive, eliminating the chance it will ever become dislodged.

This NAPA Advantage intake manifold (Part # NOE 60215541) takes care of inherent problem in the OEM design, but the team’s engineers discovered the troubles didn’t end by just replacing the manifold. The original failure has a side effect, causing damage to other critical components. 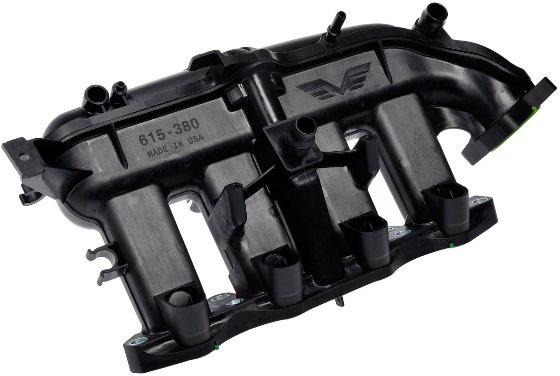 When the valve in the factory intake manifold disappears it creates excessive vacuum, damaging the fragile diaphragm integrated into the valve cover’s PCV cap. The result is a rough running condition from air being drawn into the engine through this opening.

Check out all the engine parts available on NAPA Online or trust one of our 17,000 NAPA AutoCare locations for routine maintenance and repairs. For more information on solving GM 1.4L Ecotec oil burning problems, chat with a knowledgeable expert at your local NAPA AUTO PARTS store.