As the World of Outlaws Sprint Car Series season begins its homestretch, the tour visited the iconic Eldora Speedway in Rossburg, OH, and Sharon Speedway in Hartford, OH, on its season-ending East Coast tour. After Brad Sweet finished just outside the podium Friday night at Eldora, the driver of the No. 49 NAPA AUTO PARTS machine found victory lane at Sharon Speedway the following night, adding the 3/8-mile track to his list of 44 venues where Sweet has won. 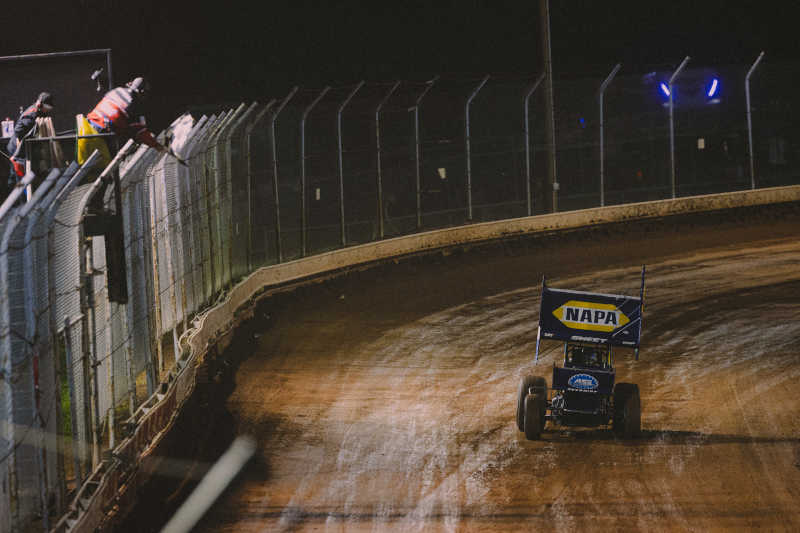 At Eldora on Friday, 44 cars signed into racing competition. Sweet was scheduled to go out 15th in qualifying and laid down a lap time of 12.809 seconds, placing him fourth in Flight B. The effort put the No. 49 on the front row of Heat Race 4, starting second. When the heat race went green, Sweet moved up high with the leader moving up to block. When Sweet went low to attempt a pass for the lead, the leader slid in front of him again, taking the air off the wing of the No. 49 and distancing Sweet from the leader. After a final attempt for a late-race pass in turn 4, Sweet crossed the checkers in second, locking himself in to the Fast Pass Dash. 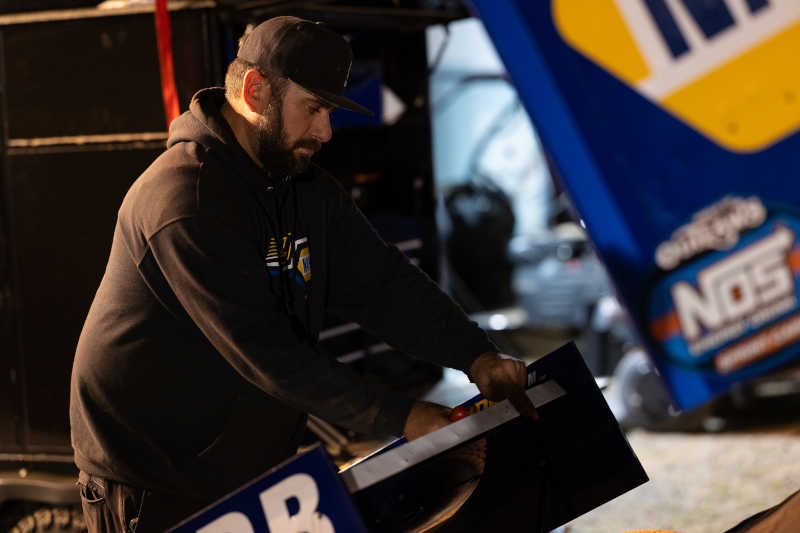 Sweet drew a fourth-place start for the dash before the field lined up side-by-side to start. When the dash went green, Sweet and Rico Abreu were battling for third in turn 1, but Abreu came out with the advantage. Sweet tried to come back to pass for third but couldn’t close the gap and remained fourth. Finally, the Big Cat rocketed around the top in turns 1 and 2. Sweet gained speed, but it wasn’t enough to complete the last-lap pass. His fourth-place finish would mark his starting spot in the feature race. 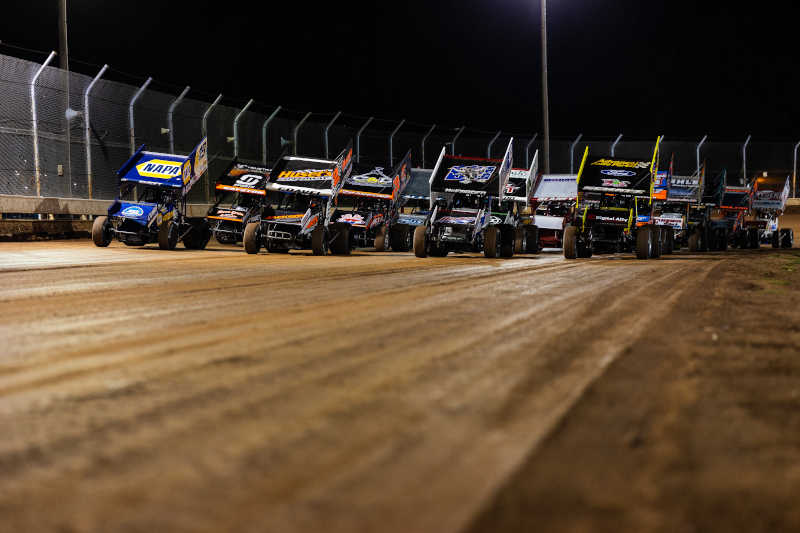 Lining up fourth for 30 laps, Sweet dropped the hammer when the green flag flew. Running the top, the NAPA driver worked to close on third. Approaching turns 3 and 4, third-place runner Tyler Courtney went high while Sweet drove down low, making the pass only to have it erased by a caution. Following the restart, Sweet went three-wide and took second but couldn’t gather the momentum to hold the spot. He ultimately brought the NAPA No. 49 home in fourth. 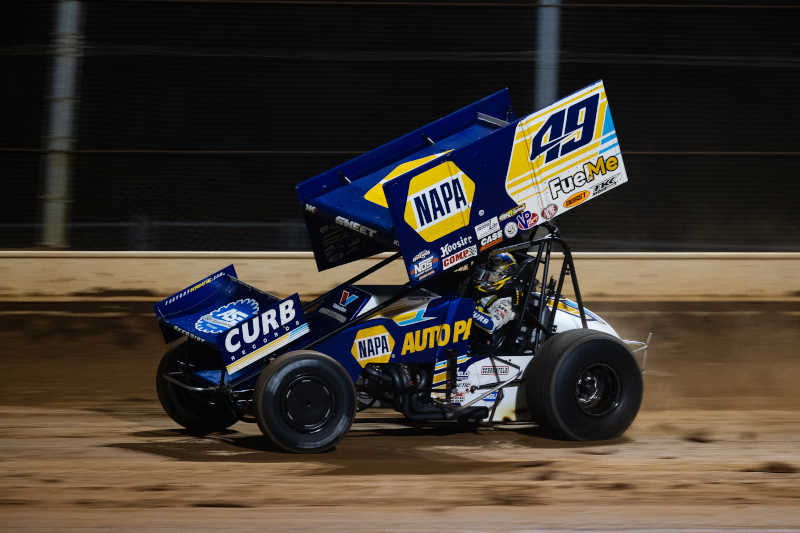 With racing at Eldora wrapped up by midnight, the NAPA No. 49 team drove five hours to Sharon Speedway for the final Ohio race of the 2022 season. By Saturday afternoon, 35 cars were in attendance, and Sweet was slated to make a run 19th in the qualifying order. Hitting the charts at 13.554 seconds, Sweet qualified fifth overall and was scheduled to start on the front row of Heat Race 1 in second. When the flagman signaled green, Sweet quickly dove down, trying to make the low line work. Unable to gain the momentum to reach the leader, the No. 49 crossed the finish line in second, punching his ticket to the Fast Pass Dash. 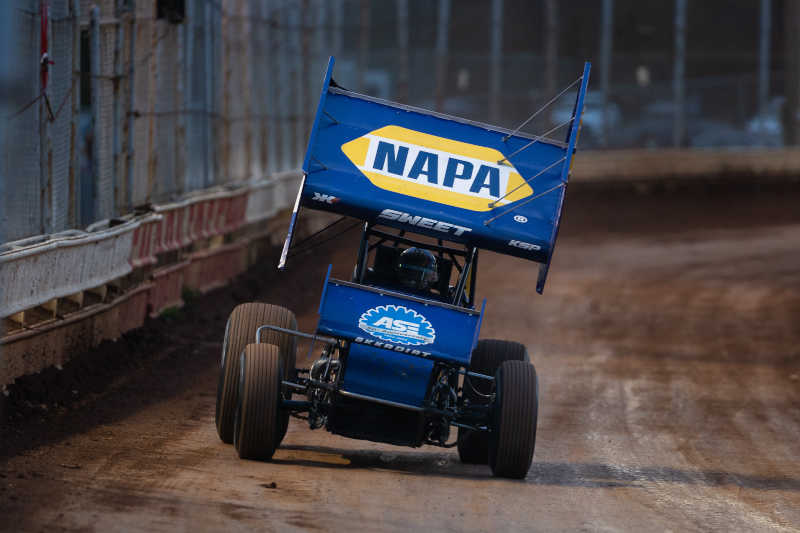 “This place is tough,” Sweet said as he drew the #2 pill to start the dash from second. “It’s very slick and tough to gain track position.”

The six-lap dash went green as the field came off of turn 4. Sweet jumped out to the early lead, but a caution was thrown. On the restart, the NAPA driver battled for the lead with 10-time Outlaws champion Donny Schatz before finishing second. 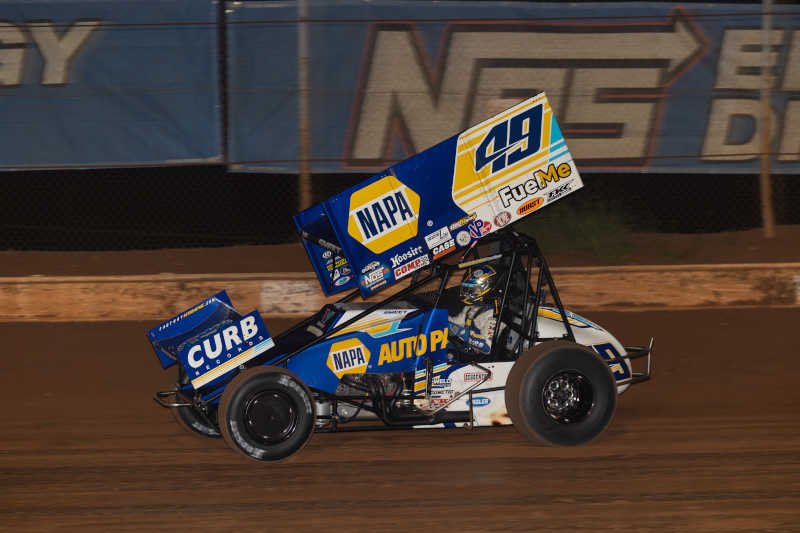 Sweet again lined up on the front row in second for the 35-lap feature. When the green flag dropped, Sweet went high and showed that the No. 49 had speed, ripping around the top to claim the lead. The Big Cat took off from the second-place runner and caught the tail of the field within five laps. A caution was displayed while Sweet was navigating lapped traffic, but he again pulled away from the field after the restart. Continuing his dominating 2022 performance, Sweet brought the NAPA AUTO PARTS No. 49 home with the win at Sharon Speedway. 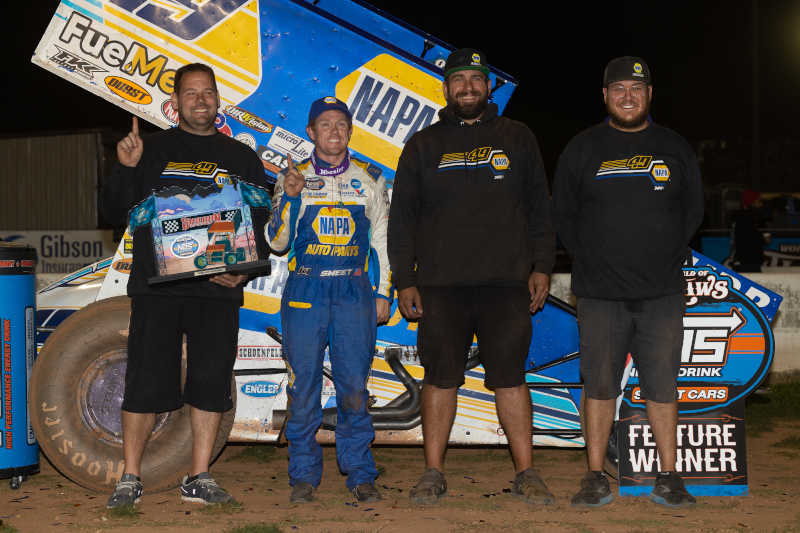 “Hats off to my crew,” Sweet said. “They gave me a great race car. If you would’ve asked me if I was going to pound the boards down tonight, I would’ve told you, ‘you are crazy.'”