Brad Sweet and the No. 49 NAPA AUTO PARTS Kasey Kahne Racing (KKR) team returned to action over the weekend as the World of Outlaws took on Bristol (Tenn.) Motor Speedway. This marked the first time that ‘The Greatest Show on Dirt’ has raced at the 0.533-mile track in 20 years. 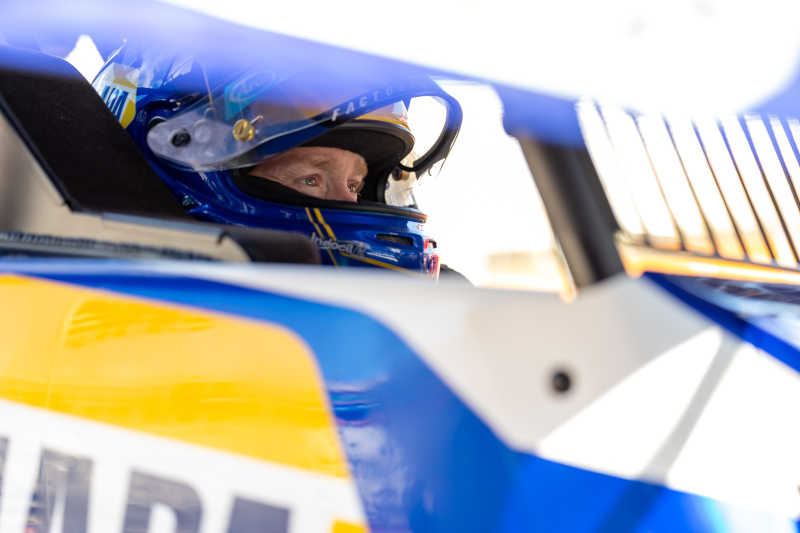 Sweet approached the weekend acknowledging the unknowns as they unloaded at the Last Great Coliseum, a track that is bigger and with steeper banking than what’s typical for these sprint car drivers. The series had five practice sessions on Thursday, and Sweet ended the day seventh-quick in the final sessions. When qualifying rolled around on Friday, Sweet and the No. 49 team posted a 13.966-second lap, ranking 11th on the speed chart. This lined him up fourth in the second heat race of the evening. During the eight-lap heat, Sweet was able to nab one position to finish in third place. With only six drivers competing in the Fast Pass Dash, the NAPA AUTO PARTS team did not advance and was lined up eighth for the Feature event. 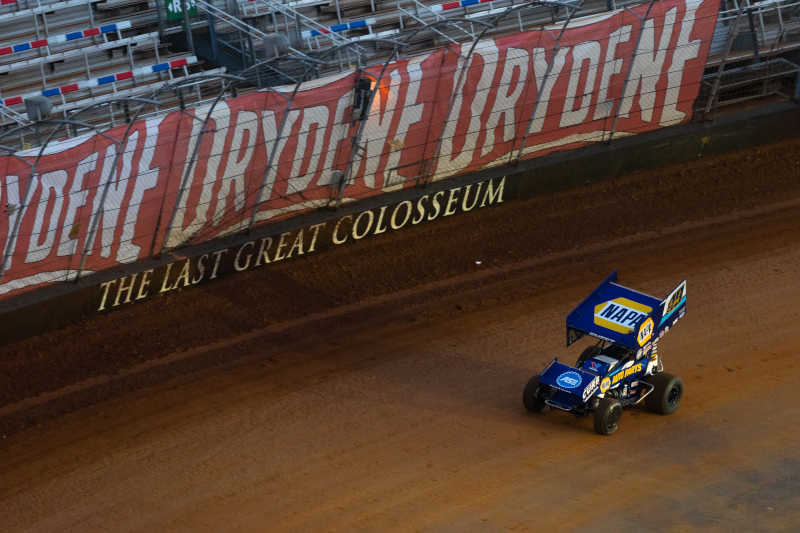 When the green flag flew on the Feature, Sweet settled into the seventh position. By lap seven, he had gained one more spot. Sweet maintained the sixth position until lap 13, when Paul McMahan was able to make his way around the No. 49. With under ten laps to go, Sweet once again made his way to sixth before a caution came out with five laps remaining. On the restart, Sweet fell back to seventh and then lost one more position as the field was taking the checkered flag. The No. 49 team crossed the line eighth on the opening night at Bristol Motor Speedway. 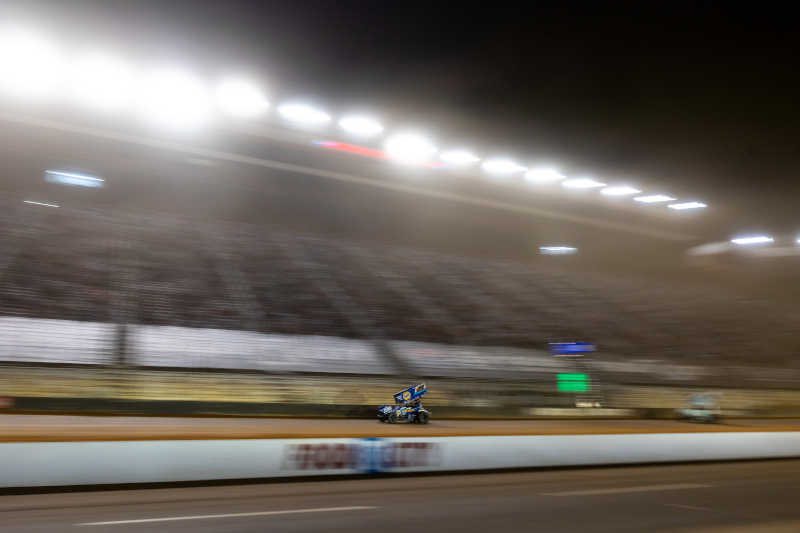 “We came into the weekend knowing there was going to be a lot of unknowns,” said Sweet. “I felt a lot better after practice on Thursday but knew that we still had a lot of work to do to be competitive. A lot of those guys had their cars ready to go on Thursday and showed a lot of speed, and we didn’t. We put ourselves behind in qualifying and then just never had a chance to make up for it on a track like this.” 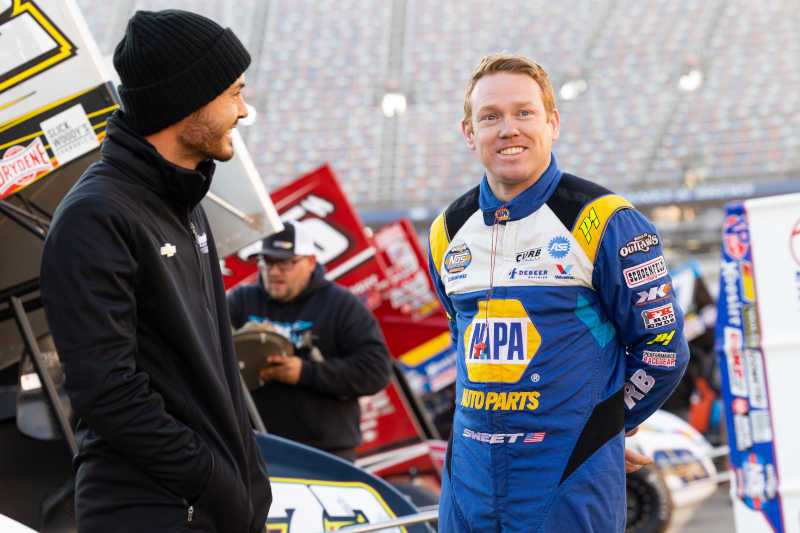 World of Outlaw officials were forced to postpone Saturday’s show due to rain showers in the Bristol, Tenn., area. However, the series was able to resume action on Sunday. When the No. 49 rolled out for qualifying, Sweet posted a time faster than Friday but was still ranked 15th on the speed chart. This lined the No. 49 up in the fifth position for the eight-lap heat race. Sweet lost one spot during the race but still advanced to the feature with ease after a sixth-place finish. 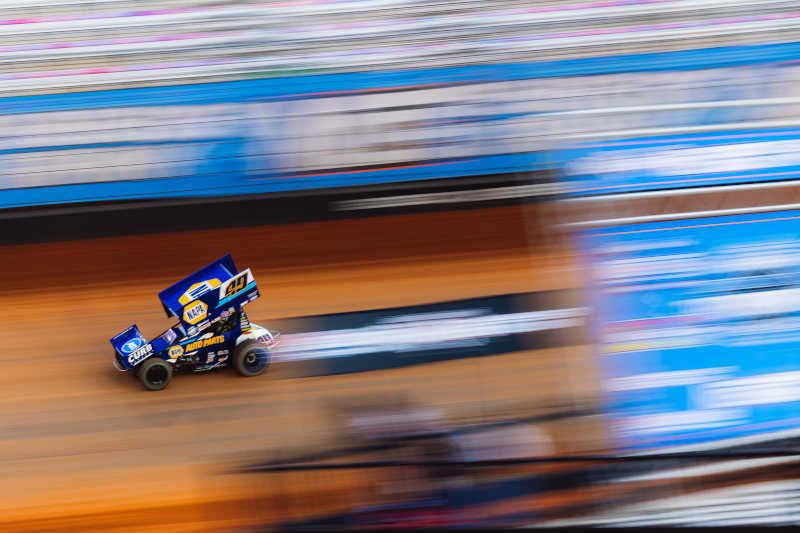 The No. 49 started the 26-lap feature from the 18th position. The yellow flag waved for an incident on lap 7; Sweet was scored 14th at the time of the caution. Slowly but surely, the NAPA AUTO PARTS car continued to gain track position. With ten laps remaining, Sweet was scored 12th behind his teammate, James McFadden. He stayed in this position until one to go, when a late-race caution came out. On the restart, Sweet was able to grab one more spot, coming away with an 11th place finish. 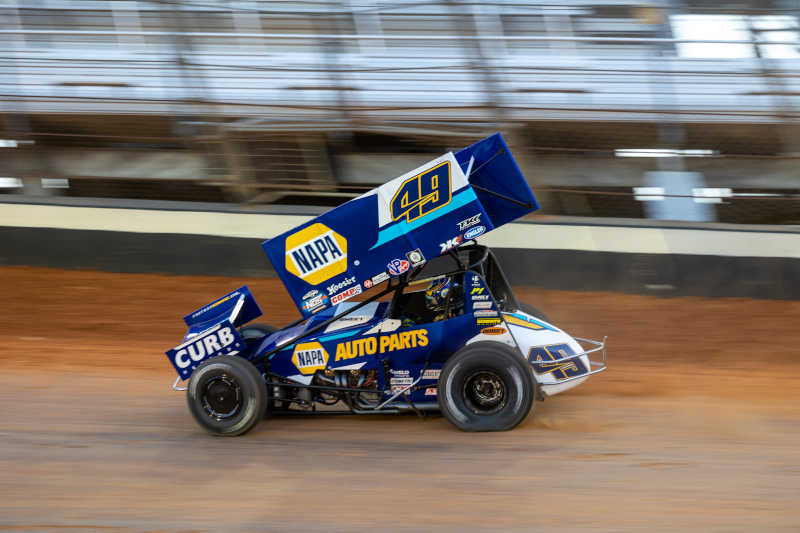 While it wasn’t the weekend that the No. 49 team wanted, Sweet still leads the driver Championship standings by 60 points. Overall, the team has five wins, 11 top-five and 12 top-ten finishes in 15 races this season.

The World of Outlaws Sprint Car Series has three races on this schedule this week. They will hit Jacksonville (Ill.) Speedway on Thursday, April 29 before traveling to I-70 Speedway in Odessa, Mo., for Friday and Saturday night shows.

Next Race: Apr. 29, Jacksonville Speedway, Jacksonville, Ill.; Apr. 30-May 1, I-70 Motorsports Park, Odessa, Mo.
How to Watch or Listen: www.dirtvision.com