Brad Sweet and the NAPA AUTO PARTS / Kasey Kahne Racing (KKR) No. 49 team had a long week of what was originally scheduled to be five straight nights of racing in Ohio, but Mother Nature had other ideas during the 37th and 38th annual Kings Royal weekend. 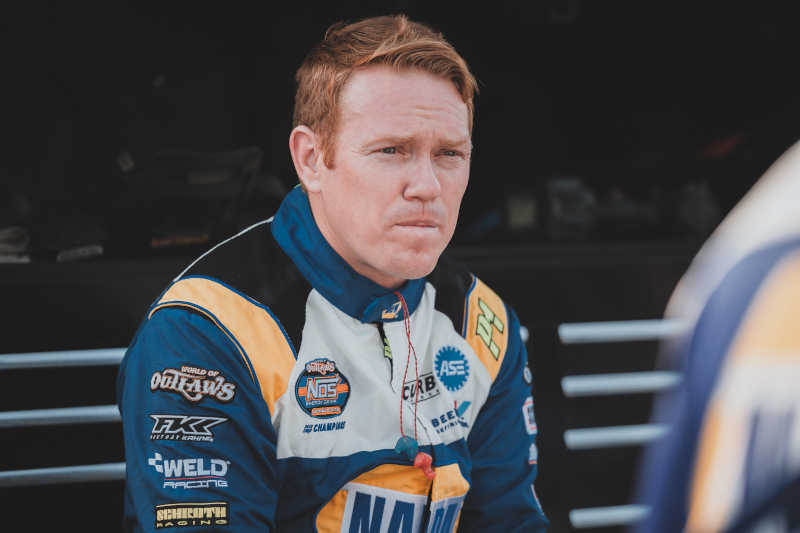 The week started on Tuesday night at Attica Raceway Park in Attica, Ohio, for the 33rd Annual Brad Doty Classic. With 49 cars in attendance, the No. 49 went out late in flight B of qualifying. Even with a bad pill draw, the team was able to capitalize and time in fifth-quick overall in flight B with a lap time of 12.984 seconds. Sweet started third in Drydene heat race number three and finished second, transferring the KKR team into the Fast Pass Dash. 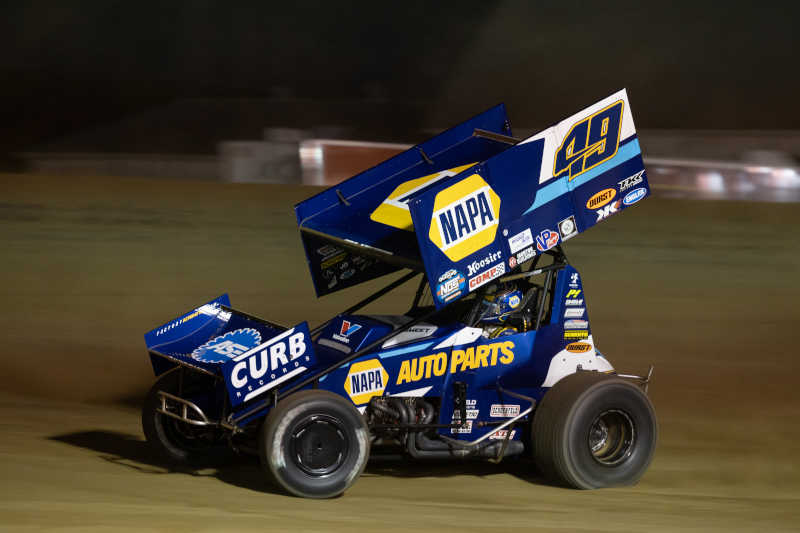 Sweet pulled out the number five pill out of the NOS Energy Drink can. After eight laps around Attica Raceway park, he crossed the finish line in fourth. With $10,000 on the line, 40 laps was the distance for the feature event. Sweet started fourth and finished on the podium with a second place run. 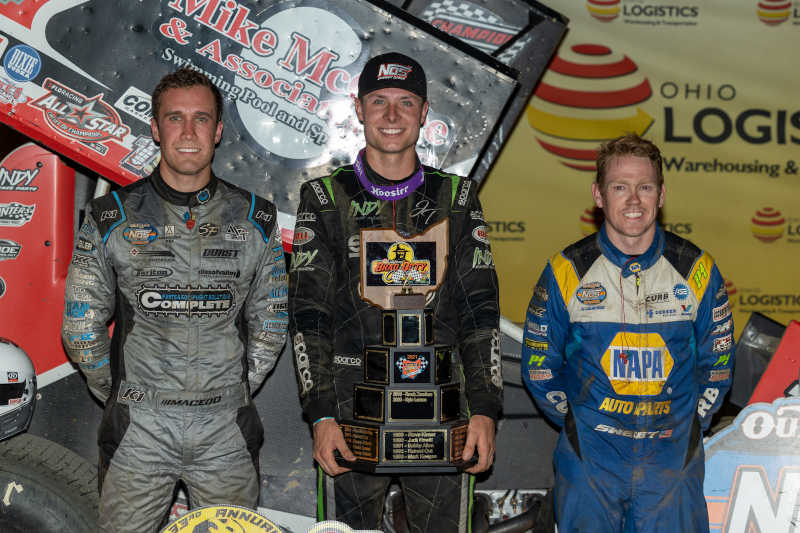 Wednesday night, the team traveled to Eldora Speedway in Rossburg, Ohio, to compete in the Jokers Wild event. There were 57 cars at Eldora for the first night of action, and the NAPA AUTO PARTS No. 49 qualified fifth in flight A with a lap time of 12.940 seconds. Eight laps was the distance in Drydene heat race one; Sweet started third and finished third. With another $10,000 payday on the line and 25-lap distance for the main event, Sweet started ninth and went on to finish 11th. 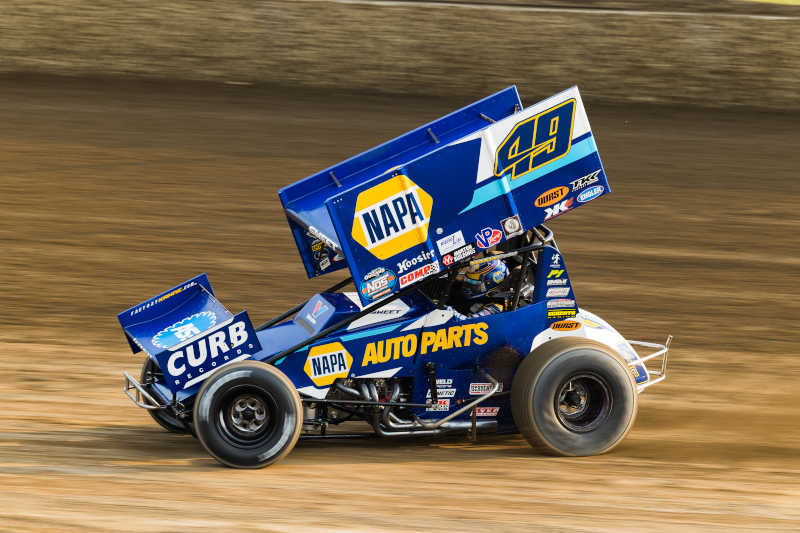 On Thursday, Sweet qualified 21st with a time of 13.815 seconds. Luckily, the ‘Wheel of Misfortune’ spin went in the No. 49’s favor, resulting in an invert of four. The KKR team was scheduled to start on the pole of heat three, but, after completing qualifying and one heat race, the 38th Annual King’s Royal was postponed to Saturday due to precipitation. 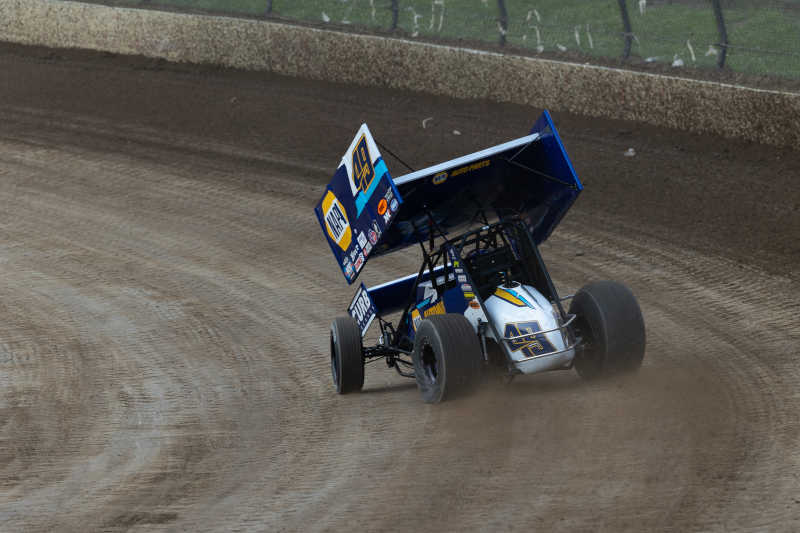 Friday night’s ‘The Knight Before’ race also got postponed due to mother nature and was made up on Sunday. That resulted in a King’s Royal doubleheader on Saturday for the 37th and 38th annual. 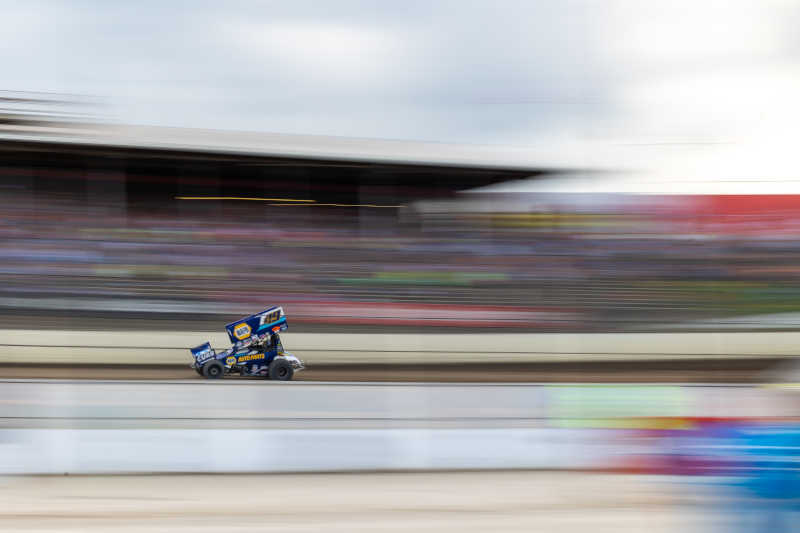 Saturday during the day, the drivers saw much different track conditions than they are used to in night races. The Grass Valley, Calif., native won heat three, which put him starting fourth in the 40-lap, $175,000-to-win main event. Sweet was up to second on lap one when the red flag came out. The race went back green with a complete restart. That didn’t phase the No. 49 team; Sweet was back up to second again within a lap. Sweet then took the lead from Tyler Courtney. On lap 21, the KKR No. 49 team suffered a flat RR tire, causing Sweet to come to the work area and then restart from the back. The NAPA AUTO PARTS team rebounded with a ninth place run. 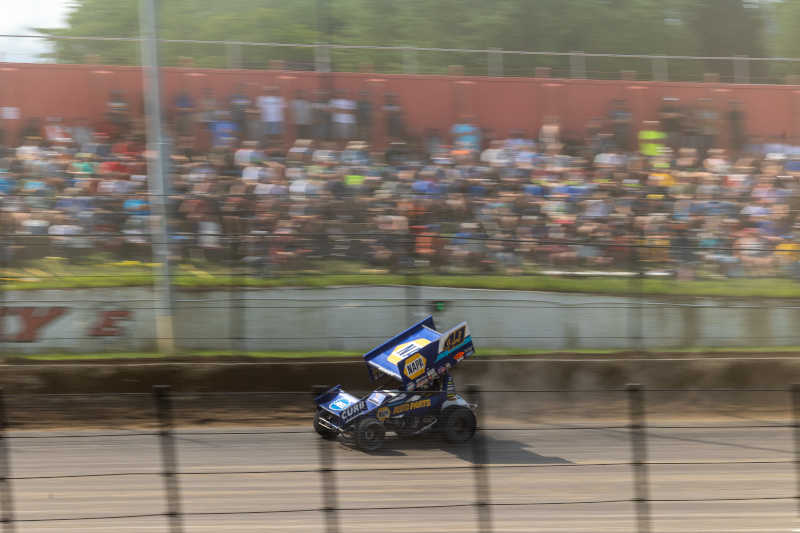 Saturday night, the No. 49 team competed for the 37th Annual King’s Royal. The No. 49 qualified third overall, stopping the clock at 13.204 seconds. The ‘Wheel of Misfortune’ yet again landed on four. With the four-car invert, the NAPA AUTO PARTS car started fourth in heat three. Sweet was penalized a row at the start for “jumping” when he went fourth to the lead in one lap. A penalty didn’t stop the team from transferring into the main event. In fact, Sweet went from sixth to second in one lap and took the lead from Kyle Larson on lap five. The No. 49 won the heat race and lined up fourth for the 37th Annual King’s Royal. Sweet went three-wide for the lead on lap one before battling with several drivers in the next laps. The No. 49 spun battling for position but was able to keep going, restarting tenth. The NAPA AUTO PARTS / KKR team came home with a fifth place run. 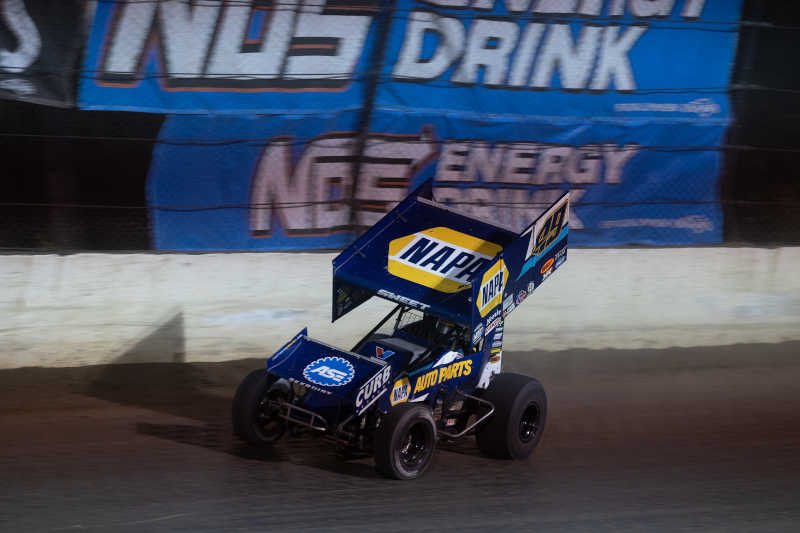 The team had to put the heartbreak aside and compete at Eldora Speedway again on Sunday for ‘The Knight Before.’ With only 29 cars in attendance, Sweet qualified 12th and started fourth in heat race competition. The No. 49 finished third,  transferring straight into the main event. The team went ninth to third to end the week in Ohio. 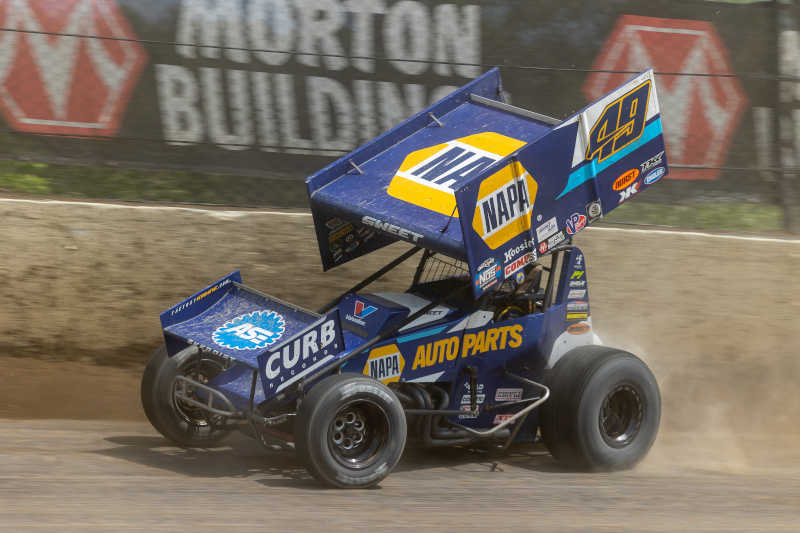 “The one positive I can take away from this weekend is that this NAPA AUTO PARTS No. 49 was fast,” Sweet said regarding Eldora Speedway. “We had speed all week long and we just needed some luck on our side that just wasn’t there.” 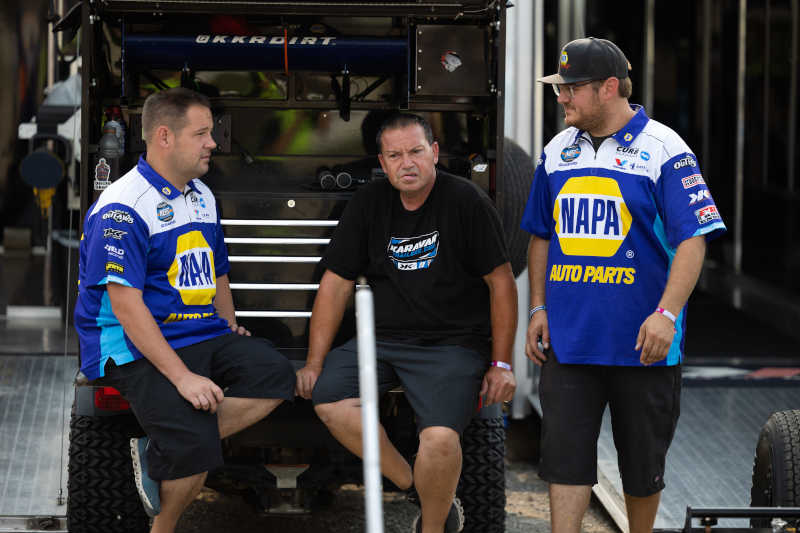 Looking to the week ahead, the series travels to Pennsylvania for three nights of racing. Tuesday night, the World of Outlaws compete at Lernerville Speedway for the $25,000-to-win Don Martin Memorial Silver Cup. Sweet picked up his 50th career World of Outlaws win at Lernerville Speedway in 2019. Friday and Saturday night the No. 49 will compete at WIlliams Grove Speedway for the $20,000-to-win Summer Nationals.

Next Race: July 20, Lernerville Speedway, Sarver, PA
How to Watch or Listen: www.dirtvision.com