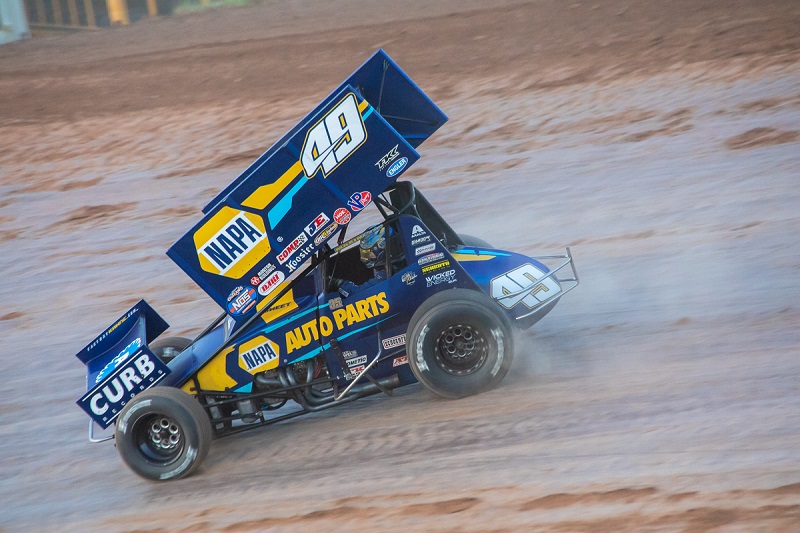 Fresh off a $175,000 win at the Kings Royal on July 20, Sweet and the No. 49 team came into Lernerville Speedway in Sarver, Pennsylvania, on Tuesday looking for a strong run to continue their bid for the 2019 championship. Sweet started the night off by earning quick time in qualifying out of 36 cars, where the World of Outlaws Series invaded Pennsylvania Posse territory.

Its drivers collectively known as “The Posse,” Pennsylvania is a hotbed for some of the most talented sprint car drivers and teams in the country that don’t run full-time on the World of Outlaws tour. With a long-standing tradition of The Outlaws vs. The Posse, races in The Keystone State are always challenging to win. 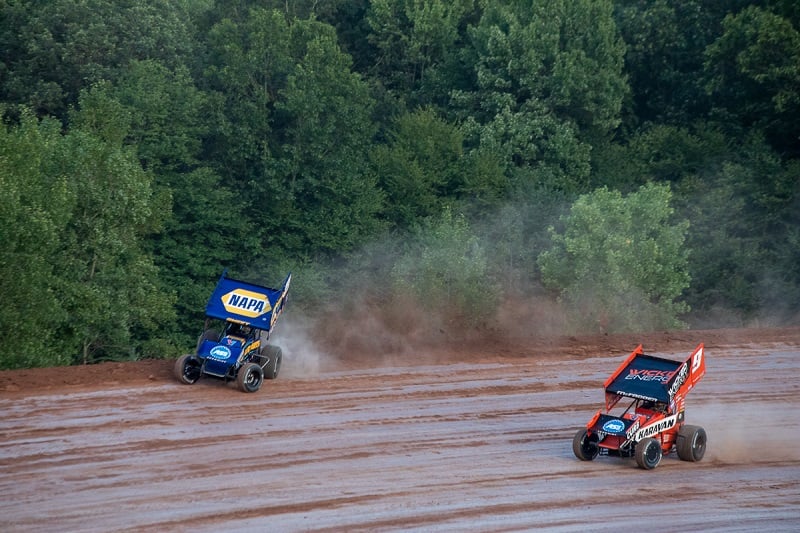 Sweet started on the pole of his heat due to posting the fastest lap in qualifying, and after a fifth-place finish in the dash, the No. 49 team started the feature in fifth.

With its unique layout, Lernerville is a fast, 4/10-mile track with a retaining wall only on the front stretch. Turns 1 and 2, the backstretch, and turns 3 and 4 lead off a bank and into a field. This arrangement adds a variable: drivers who slip off the racing surface can continue back onto the track without incident.

Such a scenario played out for Sweet as he was pushed off the racing surface after advancing up to the third position at the start of the feature. He returned to the track without damage and continued in the ninth position. Sweet charged back up to fourth by the time the checkered flag flew on lap 40. 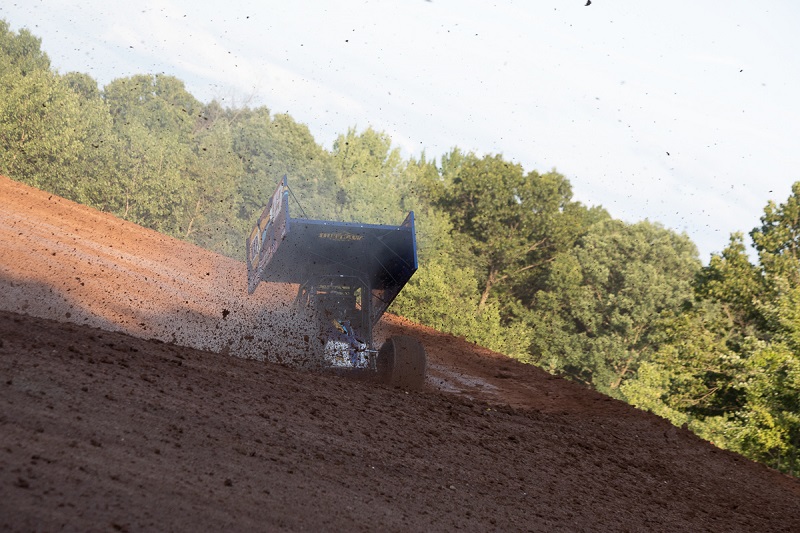 On Friday the series stopped at Williams Grove Speedway in Mechanicsburg, Pennsylvania, for a two-night “Summer Nationals” event.

After qualifying fourth, Sweet won his heat, finished sixth in the dash, and started the feature from the outside of the third row. 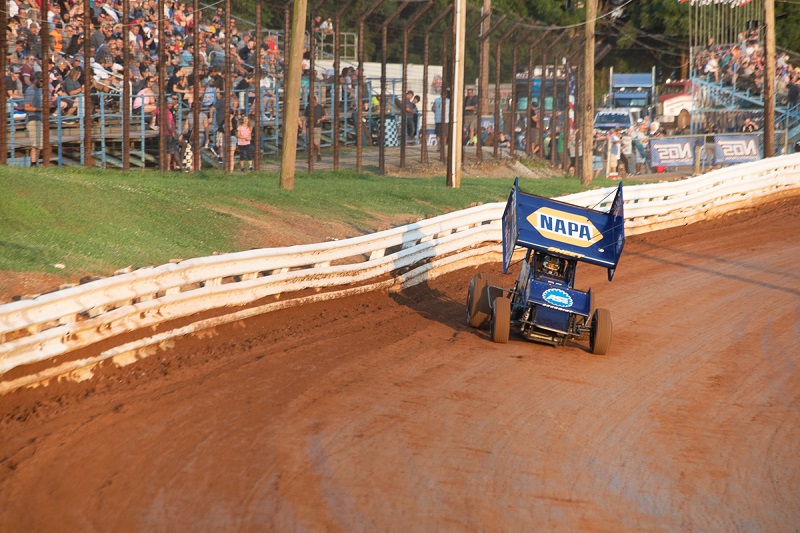 At the start of the feature, Sweet settled into the seventh position where he remained for a majority of the race. The first caution of the race flew with only 11 laps remaining, bunching the field up around the half-mile oval. Sweet slipped back to eighth on the restart; however, he advanced another position to seventh by the checkered flag.

The following evening, the NAPA team returned to “The Grove” ready for a better night, but it didn’t come easy. Qualifying 11th-fastest, the Eric Prutzman-led team went to work on the No. 49 machine. Sweet finished second in the heat and the dash, earning a starting position for the feature on the outside of the first row.

At the drop of the green, Sweet powered by pole-sitter Sheldon Haudenschild to take the lead on the high side. The Grass Valley, Calif., native paced the field for the next handful of laps until championship rival Donny Schatz reeled Sweet in, slipping by the No. 49 off turn two. 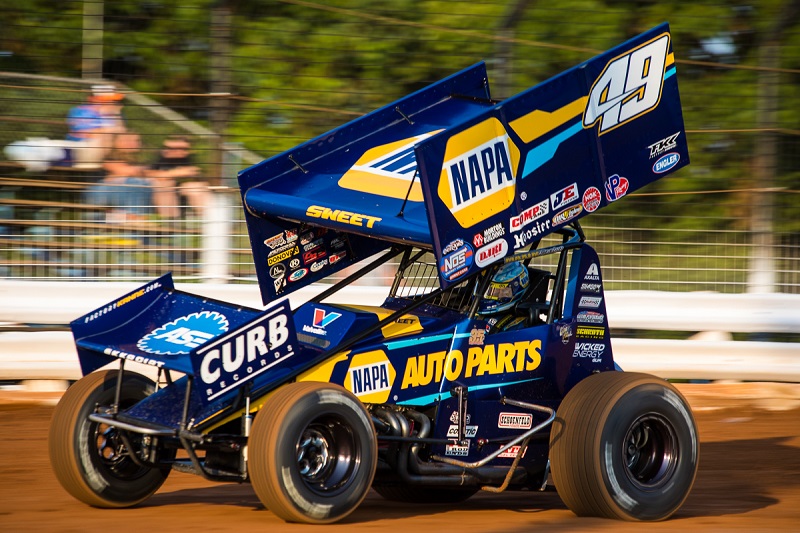 Sweet made a charge the very next turn, completing a slide job on Schatz and retaking the lead. The two raced side-by-side down the front stretch and into turn one, where lapped traffic held Sweet up on corner entry, allowing Schatz to pull away.

Lurking in third, Haudenschild immediately put pressure on Sweet for second, working his way by him just a few laps later. 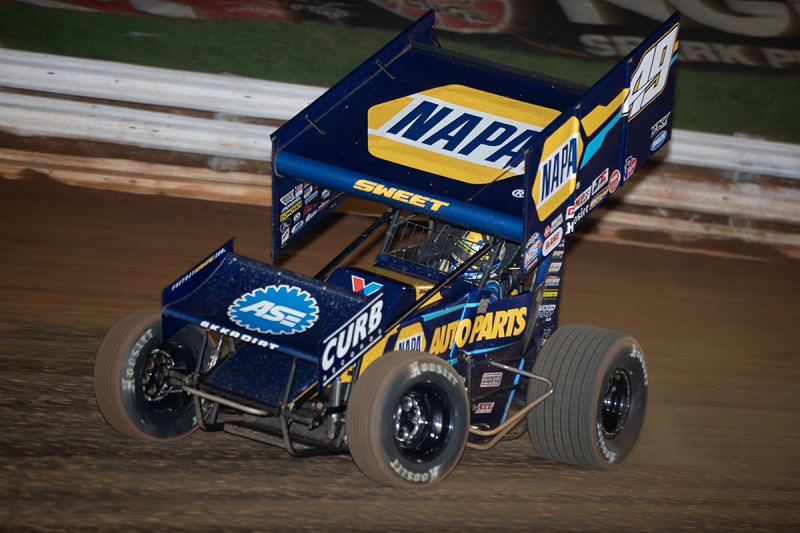 Sweet was able to hold onto third for the remainder of the race, earning his 31st top-five finish of the season.

“Felt like I didn’t drive a great race in lap traffic there,” Sweet said. “Just needed to do a little bit better of a job. That’s what wins or loses these races. You’ve got to move around and get by the lap cars.” 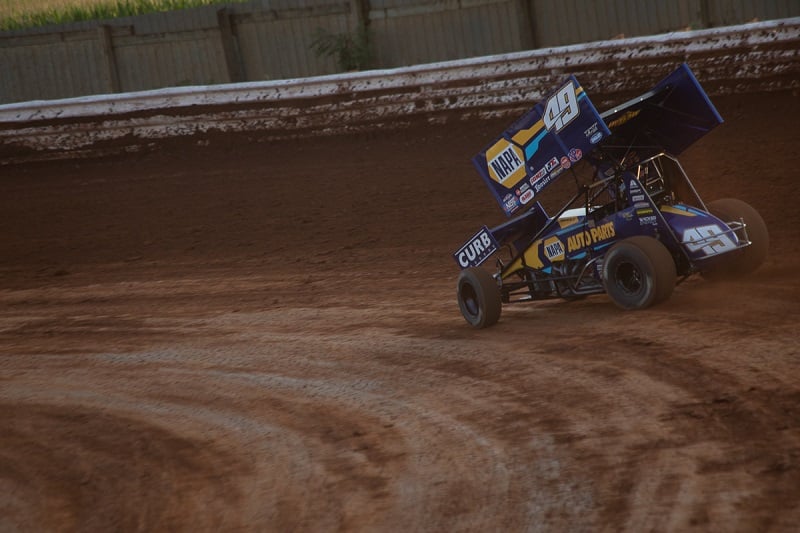 The World of Outlaws NOS Energy Drink Sprint Car Series on Friday, Aug. 2, and Saturday, Aug. 3, will be at I-55 in Pevely, Mo., for the Ironman doubleheader.

Next Race: August 2, I-55 Raceway, Pevely, Mo.
How to Watch or Listen: www.dirtvision.com