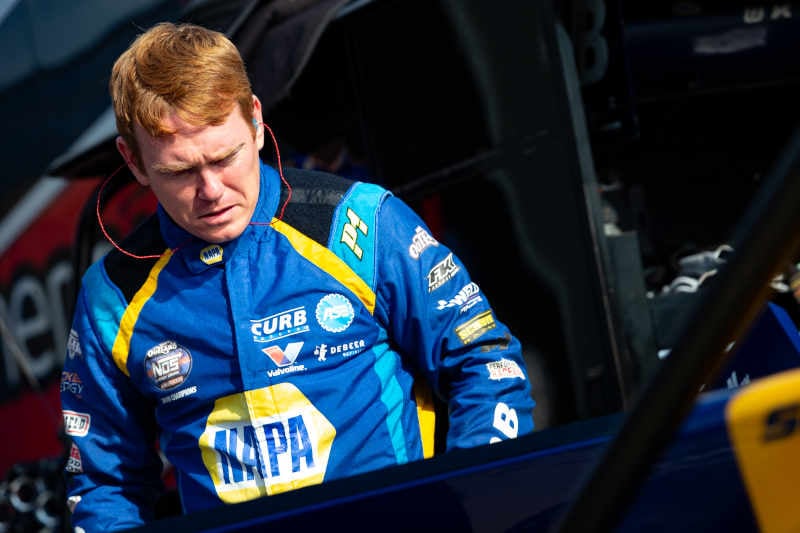 The first stop on the busy weekend schedule was Plymouth (Ind.) Speedway. Sweet was third quick in qualifying on Thursday afternoon, giving him a first-place starting position in his heat race. He jumped out to an early lead during the ten-lap shootout and held off a hard-charging Tyler Courtney to win. The team made adjustments to the No. 49 prior to the Fast Pass Dash, but Sweet,  unable to gain any ground during the race, finished fifth. The green flag waved to start the 35-lap feature, and Sweet maintained his fifth-place starting position as the four front runners pulled away from the field. The field was restacked after a caution on lap 7, and Sweet advanced to fourth on the restart. With 15 laps to go, the leader stalled on the track, allowing the No. 49 to lineup third on the restart. Sweet challenged Gio Scelzi when the green flag waved and secured second place. The leader, Donny Schatz, pulled away from Sweet and the rest of the field as the laps wound down, giving the No. 49 NAPA AUTO PARTS car a runner-up finish. 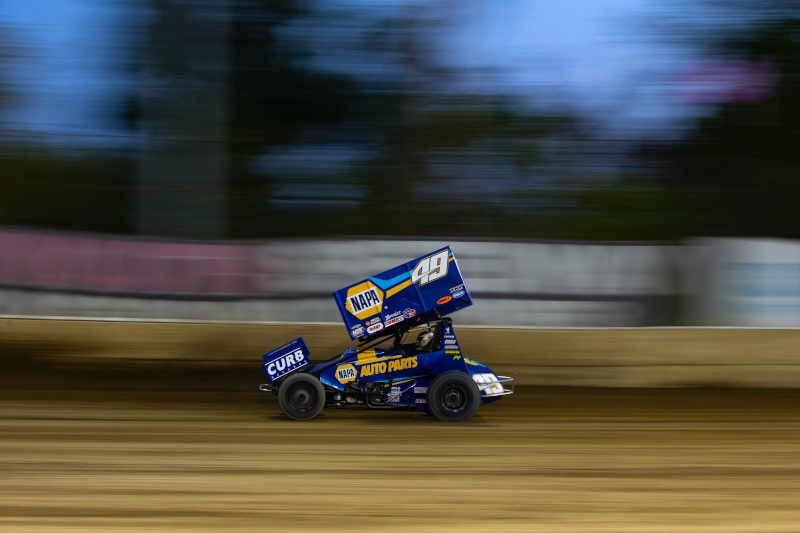 “Donny was definitely a little better there,” Sweet remarked after the race. “He could get through the lap cars. We caught the first lapped car and couldn’t pass them. I just needed to be a little better. Obviously, we just missed the setup tonight and went the wrong way with changes throughout the day.” 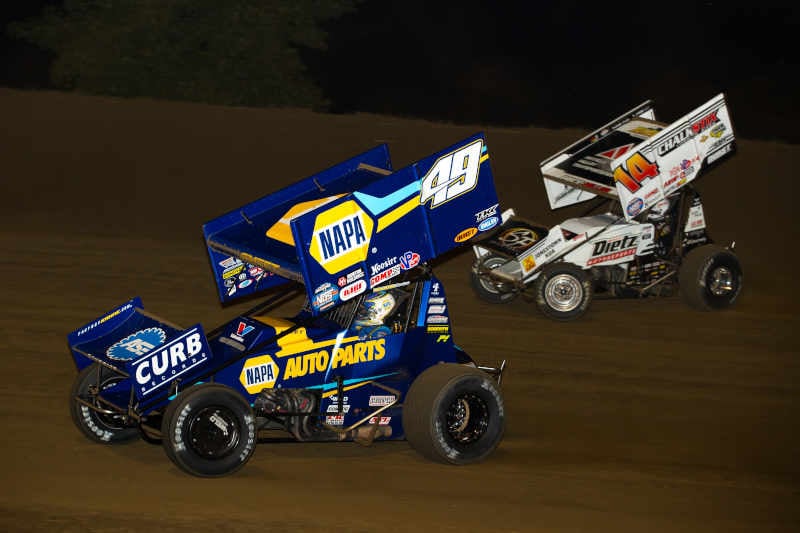 On Friday, the series rolled into Wayne County (Ohio) Speedway for a 35-lap feature. The No. 49 car posted a 14.732-second lap during qualifying, ranking the KKR team third quick in their flight. Sweet lined up second in the opening heat race and also took the checkered flag in that position. In the random draw, the No. 49 car drew the Pole for the Fast Pass Dash. Sweet secured the lead on the initial start and pulled away from the field as the second- and third-place cars battled for position. He went on to win, giving him the Pole for Friday’s A-Main event. Sweet jumped out to the lead when the green flag was displayed, but it didn’t take long for Shane Stewart to challenge. Stewart completed the pass on the No. 49 car on lap seven with a caution coming out on lap eight. Sheldon Haudenschild passed Sweet on the restart, relegating him back to third. A bobble by Stewart while leading moved Sweet back into the runner-up position while Stewart settled into third. After seven laps of battling, Stewart made his way back around the No. 49 car with five laps to go. Sweet held on to the third position to secure another podium finish on Friday. 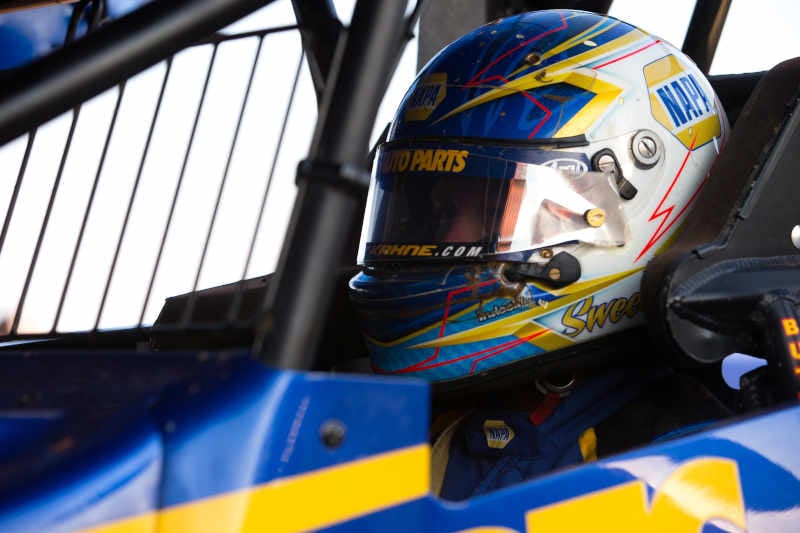 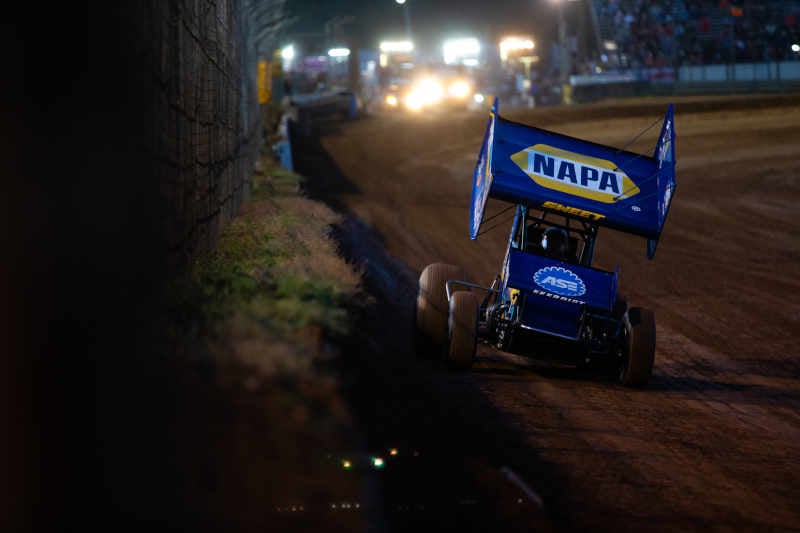 The KKR team unloaded at Lernerville Speedway in Sarver, Pa., on Saturday where they qualified fourth in their flight with a lap time of 13.156 seconds. After starting second in the eight-lap heat race, Sweet collected a runner-up finish and advanced to the Fast Pass Dash. During the random draw, the No. 49 was given an eighth-place starting position, and he remained in that spot throughout the entire dash. When the green flag waved to start the 35-lap feature, Sweet settled into eighth. In a relatively uneventful race, the field stayed green for 33 of the 35 laps. During this time, Sweet was able to advance one position and was scored seventh. The leader, who had over a six-second advantage on the field, stalled on track with two laps remaining in the feature. This moved Sweet up to sixth on the restart, and he went on to hold that position for the remainder of the race. 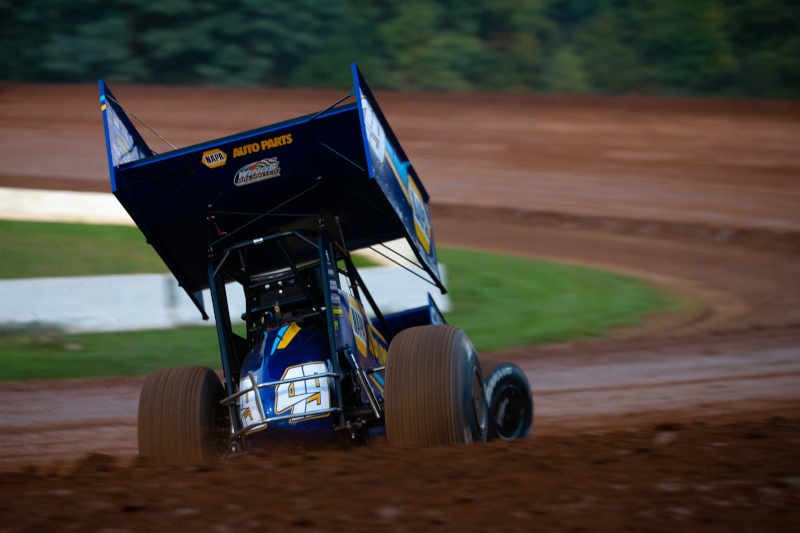 Sweet once again extended his lead in the Championship Point standing. He now sits 40 points ahead of Logan Schuchart and 98 points ahead of third place, Schatz, with only nine races remaining in the 2020 season. Sweet and his NAPA AUTO PARTS team will be back in action on Friday and Saturday as they take on a doubleheader at Williams Grove Speedway in Mechanicsburg, Pa.