The World of Outlaws Sprint Car Series continued to battle inclement weather during the west coast swing Wednesday night in Placerville, Calif., and Friday night in Watsonville, Calif. Both races were cancelled for excessive rainfall.

The sun finally peaked out at Bakersfield Speedway on Saturday. Sweet started Saturday night’s event qualifying 11th in his group and finished second in his heat race. He started the dash in seventh and collected a fifth-place finish.

Starting the feature in fifth, Sweet worked his way up to the lead before handling trouble caused him to spin out on lap 18. The No. 49 NAPA AUTO PARTS team was able to regroup and work their way back up to the 13th position.

The No. 49 NAPA AUTO PARTS team will return to action on Saturday, April 7 at Arizona Speedway in Queen Creek, Ariz. 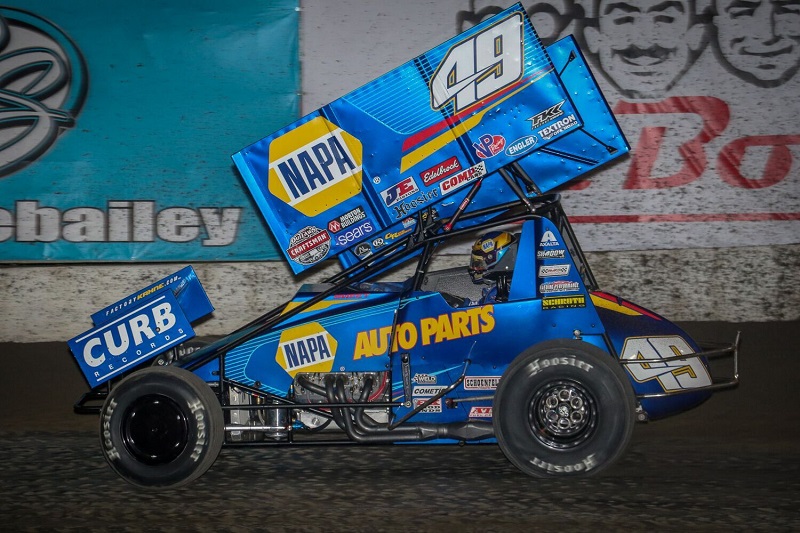