After qualifying third, Sweet would start second in his ten-car, eight-lap heat race. He went on to win his heat, where the top two finishers advanced to the dash to determine the first three rows of the A-feature. 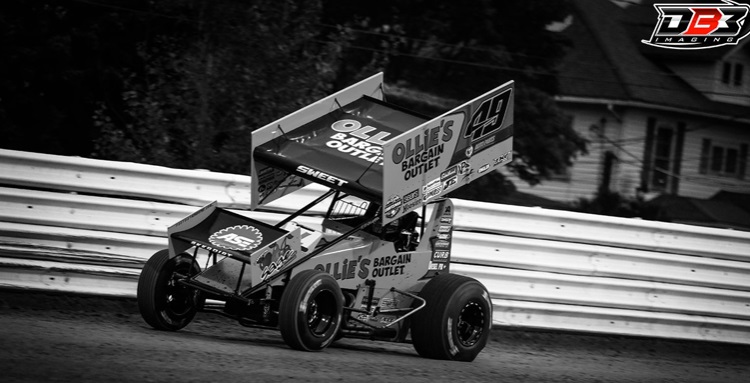 Following a fifth-place finish in the dash, the No. 49 team started fifth in the A-feature. Despite having a strong car, Sweet struggled to pass in the 30-lap feature and brought home a fourth-place finish.

Next Race: Monday, October 16 – Ransomville Speedway
How to Watch or Listen: www.dirtvision.com