The World of Outlaws returned to action over the weekend as Brad Sweet and the NAPA AUTO PARTS Kasey Kahne Racing (KKR) team took on a double-header at Tri-State Speedway. 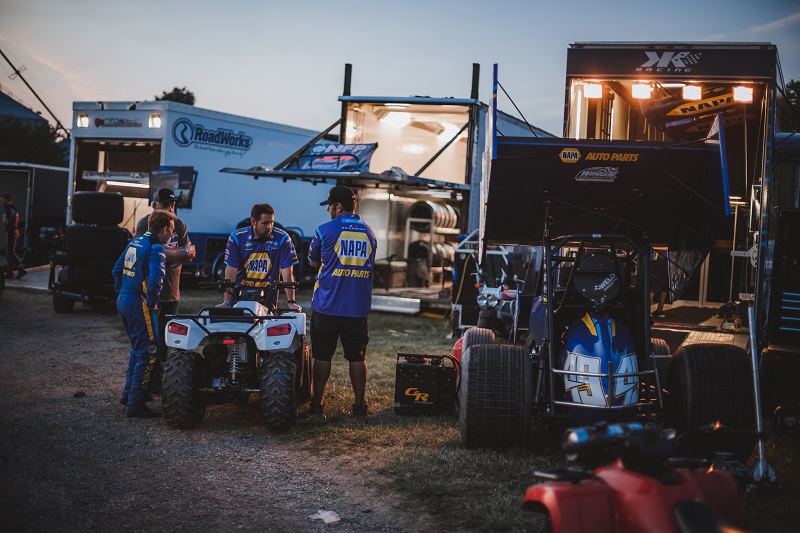 After an up-and-down weekend of competition at Knoxville Raceway the previous week, the No. 49 team set their sights on having two consistent runs on Friday and Saturday at the ¼-mile, high-banked track in Indiana. On Friday night, Sweet was the 28th car to make a qualifying lap. He laid down a 12.957-second lap, ranking ninth quick out of 36 total cars. The team lined up third in their heat race and came away with a second-place finish, locking them into the Fast Pass Dash. 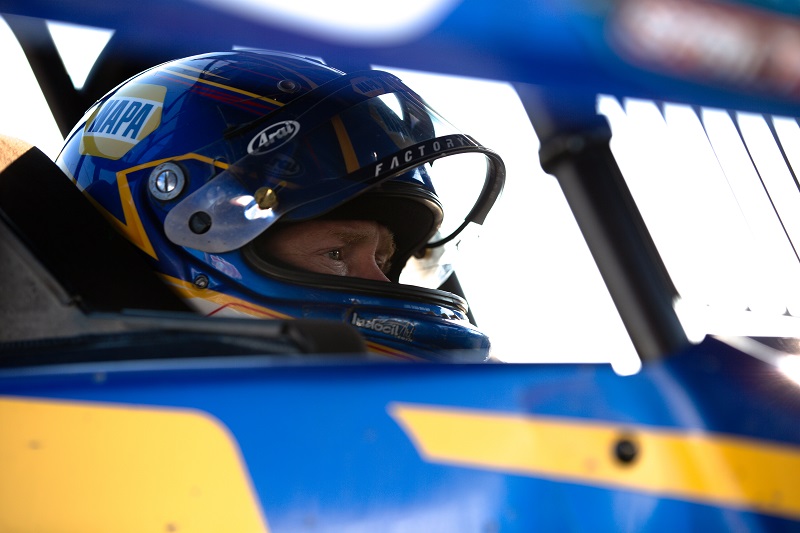 Sweet started sixth in the Dash before passing two cars to earn a fourth-place starting position in the A-main. With unfavorable track conditions, passing was a challenge in the 30-lap feature. Sweet lost one spot during the race, coming away with a top-five finish in night one at Tri-State Speedway. 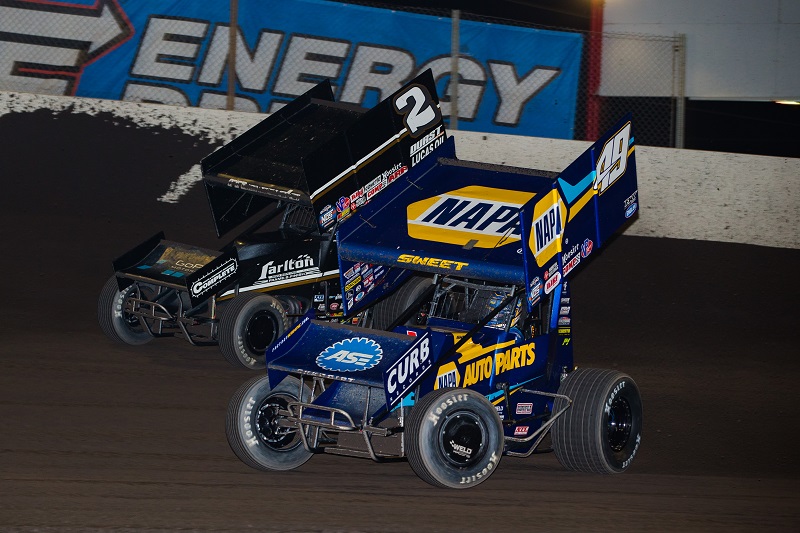 Sweet and the NAPA AUTO PARTS team were the last of 58 cars to qualify on Saturday evening. The No. 49 car clocked in fourth quick, putting them on the Pole for their heat race. Sweet once again locked himself into the Fast Pass Dash by winning his ten-lap heat. The team finished fourth in the Dash, giving them a good starting position for the A-main. 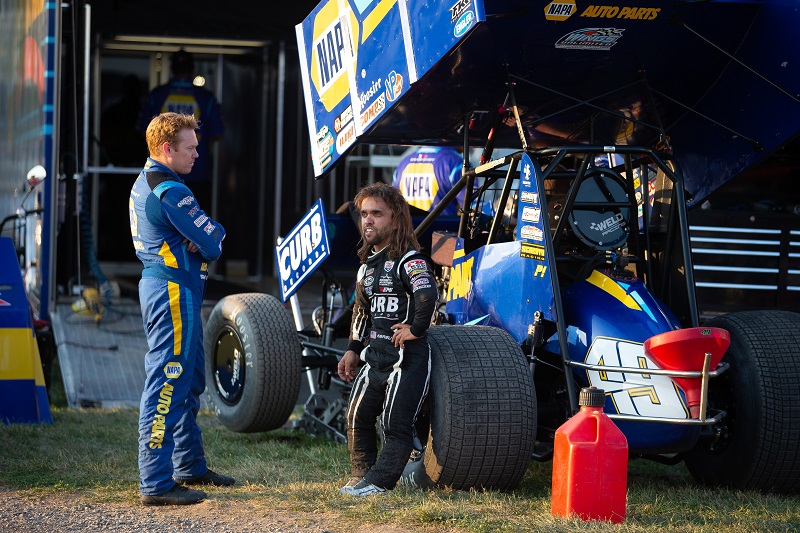 When the feature went green, Sweet quickly made his way around Ian Madsen for third place. He maintained that position until lapped traffic allowed him to catch the leaders and pass the second-place car on lap 15. Three laps later, Sweet took the lead from Carson Macedo, who had led every lap until that point. The caution flag flew on lap 29 for a single-car spin. When the race went back to green, Macedo regained the lead on the restart. Sweet found some grip on the bottom of the track, and by the time the white flag was in the air, the two cars were side-by-side battling for the lead. Sweet and Macedo approached the checkered flag while still battling alongside each other. The No. 49 narrowly missed the victory after crossing the finish line 0.064 seconds behind Macedo, giving Sweet a second-place finish. 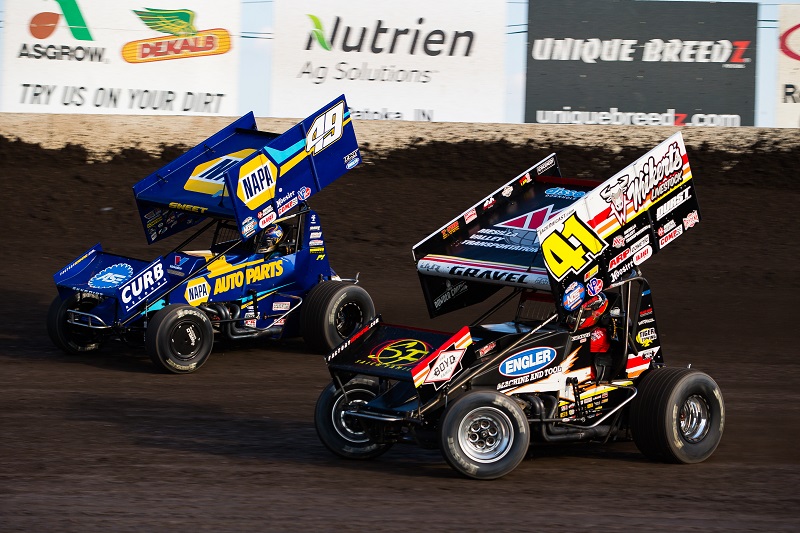 “It was nice to contend for the win,” said Sweet. “A little disappointed in myself. On that restart, I knew I was going to be in a vulnerable place. I didn’t want to choose the top; I wanted to run the bottom and control my own destiny. I felt like I spun my tires a little on the restart, but I think Carson really wanted that one bad. He probably just laid her in there, and he kind of surprised me that he made it around the outside.” 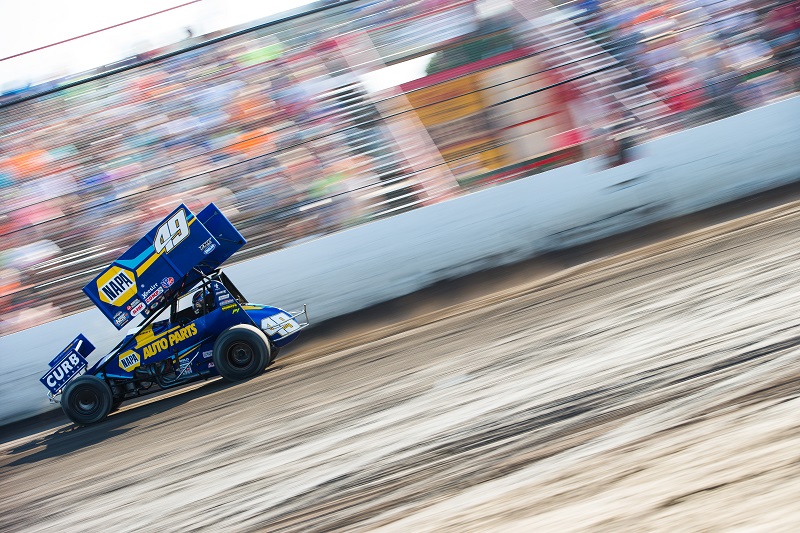 The runner-up finish at Tri-State Speedway marks a third consecutive top-five finish for Sweet and his KKR team. They also extended their Championship Points lead to a 66 point advantage over Donny Schatz.

The World of Outlaws NOS Energy Drink Sprint Car Series will return to action this weekend, June 25-26, at Jackson Motorplex in Minnesota.

Next Race: June 25-26, Jackson Motorplex, Jackson, MN
How to Watch or Listen: www.dirtvision.com