The World of Outlaws rolled into Pennsylvania on Friday, where 48 cars showed up to compete in the two-day Nittany Showdown at Port Royal Speedway. Brad Sweet and the NAPA AUTO PARTS Kasey Kahne Racing (KKR) team entered the weekend with a 38-point advantage in a tight Championship points battle. 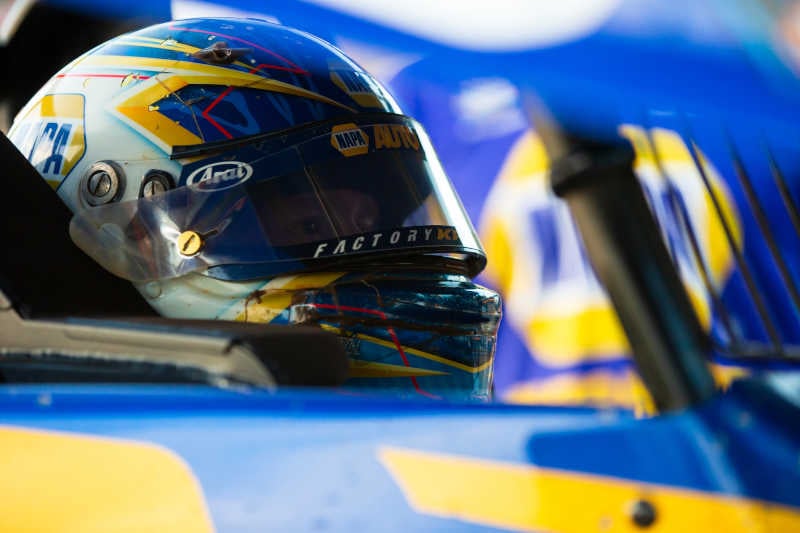 On Friday, the No. 49 team qualified in Flight A where they were 12th quick while experimenting with a new setup. After qualifying, the team made adjustments before Sweet went out for his heat race. He started the eight-lap heat from the sixth position
and worked his way to fourth – automatically transferring to the A-Main. The No. 49 car was lined up 15th for the opening night, 25-lap Feature. All was calm for the first 15 laps as Sweet quietly worked himself to 13th during the long, green-flag run. With ten to go, five cars were collected in Turn 4, bringing out the evening’s first caution flag. Sweet was caught up in the incident that began ahead of him from a failed slide job attempt. 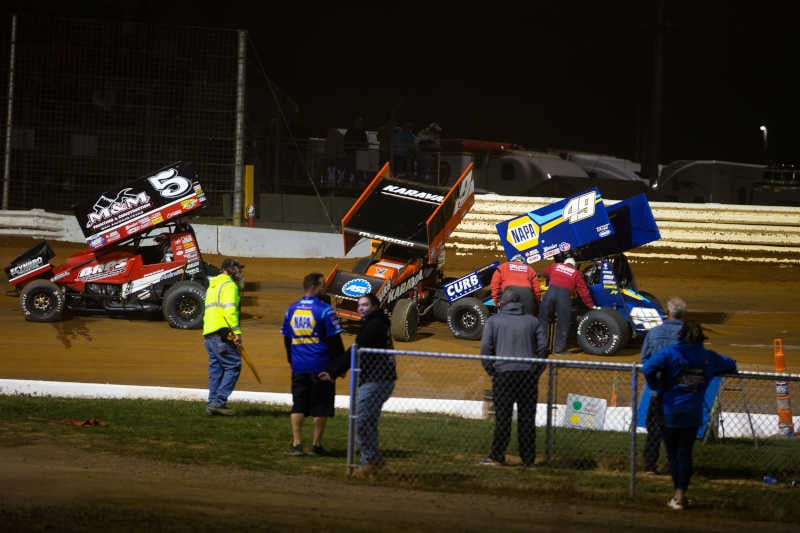 Luckily the No. 49 car re-fired on its own and was able to continue without repairs. Sweet didn’t lose any track position after the Turn 4 tangle and was lined up 13th for the final restart. He passed two cars and settled into the 11th spot for the remainder of the race. After escaping night one with minimal damage and having a good points race, the NAPA AUTO PARTS team was ready to take on night two at Port Royal Speedway. 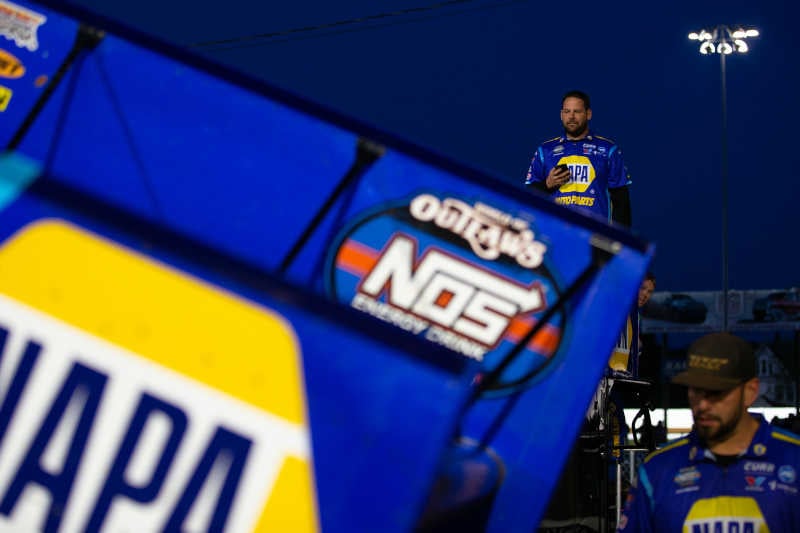 On Saturday, the KKR team started off on the right foot. They went out for qualifying and posted a 16.227-second lap, which ranked them second quick in their flight. The qualifying effort lined them up on the Pole in the second heat race of the evening. Sweet went on to win his heat, advancing to the Fast Pass Dash. During the random draw, the No. 49 was given a fifth-place starting position for the six-lap Dash. Kyle Larson made his way around Sweet on the initial start, resulting in a sixth-place finish. The NAPA AUTO PARTS car took the green flag from sixth and maintained that position for most of the race. Sweet was trying to avoid trouble as he could see the cars ahead racing very hard early on. While still running in the sixth position, a caution came out with three laps remaining. Sweet lost a couple of spots in the Nittany Showdown’s final laps, crossing the finish line eighth. 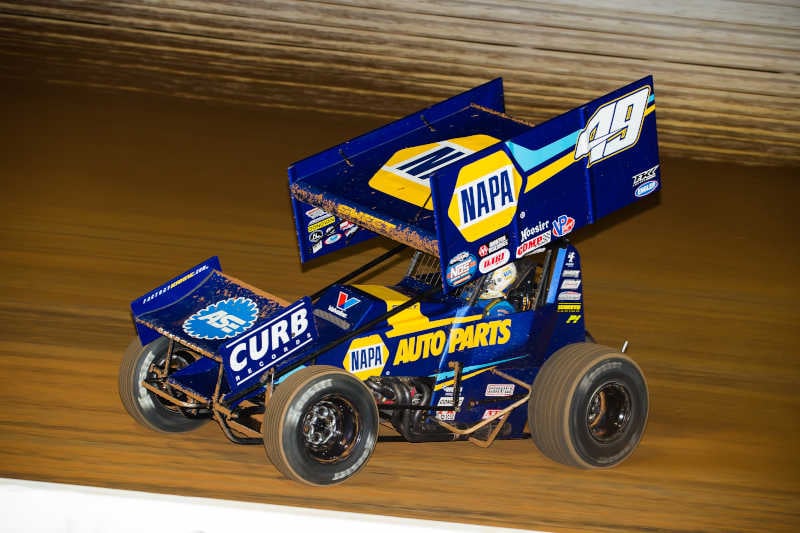 “This sport comes in waves of ups and downs, and we’ve really just been off our game the past few weeks,” said Sweet. “It’s not because of a lack of hard work or effort – it just happens sometimes. We were trying something new on Friday and it kind of backfired on us. The guys got the NAPA AUTO PARTS car fixed up on Saturday, and we were a lot better. I was just trying to race smart there and focus on the big picture. I could see guys banging off the wall ahead of me, and it wasn’t worth jeopardizing our race to get up there and race them like that. We’re on the homestretch now, and it’s going to be a lot of fun battling it out for these Championships.”

Overall, it wasn’t the weekend that Sweet was hoping for, but he lost only six points of his lead in the Championship Points standings. He now holds a 32 point advantage over the second-place contender, Logan Schuchart. The KKR team also regained the top spot in Owner Championship Points standings after falling to second last week. The points battle will continue to play out this weekend as the World of Outlaws head to Lakeside Speedway in Kansas City, Kan., on Friday and Lake Ozark Speedway in Eldon, Mo., on Saturday.