Brad Sweet overcame an early-race incident at Hartford Speedway to finish sixth, then scored a third-place finish the following night at Wilmot Raceway.

Sprint car racing is highly competitive, but the camaraderie of the NOS Energy Drink World of Outlaws Sprint Car Series was on full display Friday night at Hartford Speedway in Hartford, Mich. 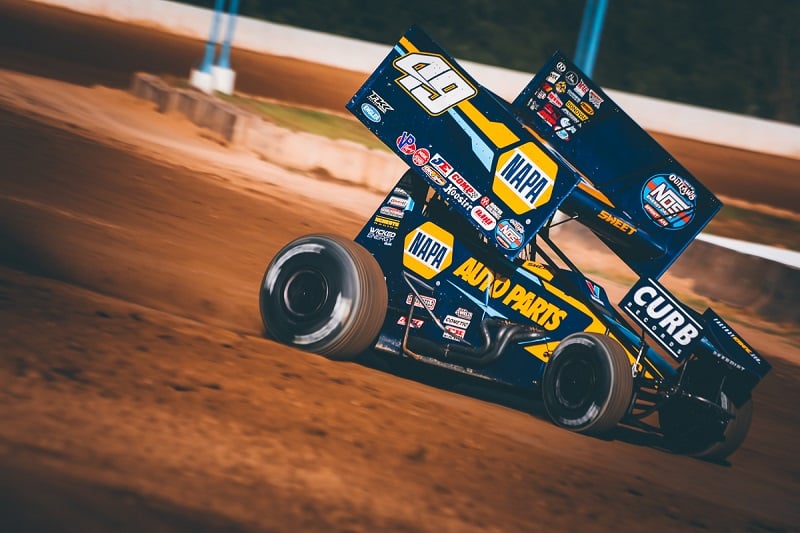 After the NAPA AUTO PARTS team began the evening qualifying eighth-fastest, Kasey Kahne Racing driver Brad Sweet was able to finish third in his heat, earning the seventh starting position for the 30-lap feature around the 3/8-mile oval located in southwestern Michigan.

On the opening lap of the feature, Sweet was tangled up in a multi-car crash off turn two severely damaging the No. 49 machine. The team was able to get the car back to the work area, where World of Outlaw rules allow for a two-minute window for the crews to make repairs and get the car back out on the track. 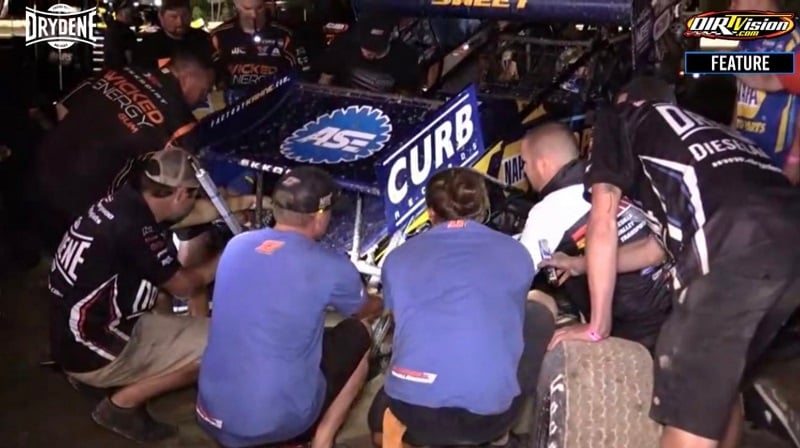 Team members from several competing teams dove in and lent a hand, replacing the front axle, nose wing, top wing and other components of the car. The team caught a little luck as the clean-up took longer than expected, allowing the crews to get Sweet back on track for the ensuing restart. 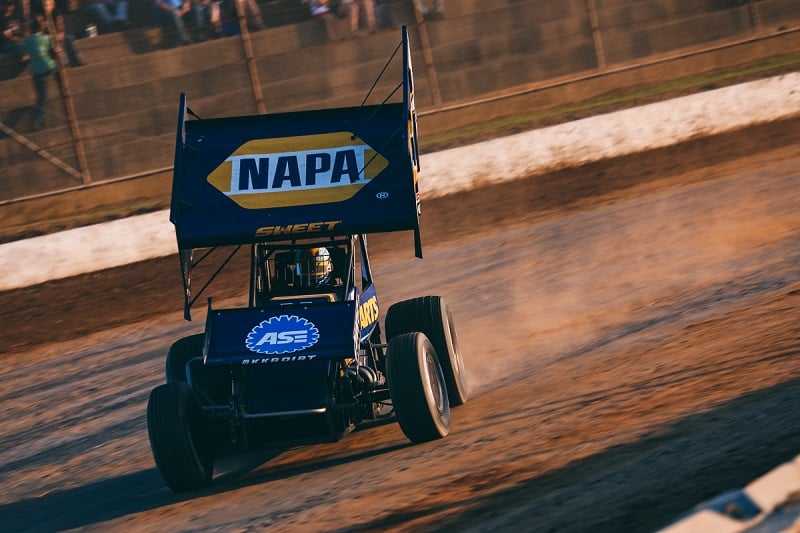 Now in the last position, Sweet battled a violent vibration for the remainder of the race. But the Grass Valley, Calif., native was able to work his way back into the top ten and earned a sixth-place finish when the checker flags flew.

On Saturday, the World of Outlaws teams made the three-hour drive west into Wisconsin to Wilmot Raceway, a 1/3-mile semi-banked oval. 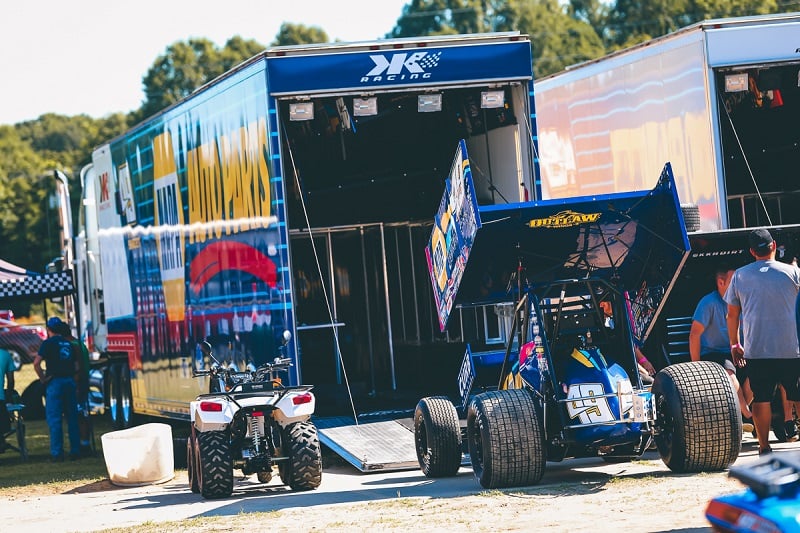 The NAPA AUTO PARTS team stayed true to their championship form, repairing the car from Friday’s crash and laying down the fastest lap in qualifying. Sweet went on to win his heat. He also finished third in the FastPass Dash, giving him the third starting spot for the feature. 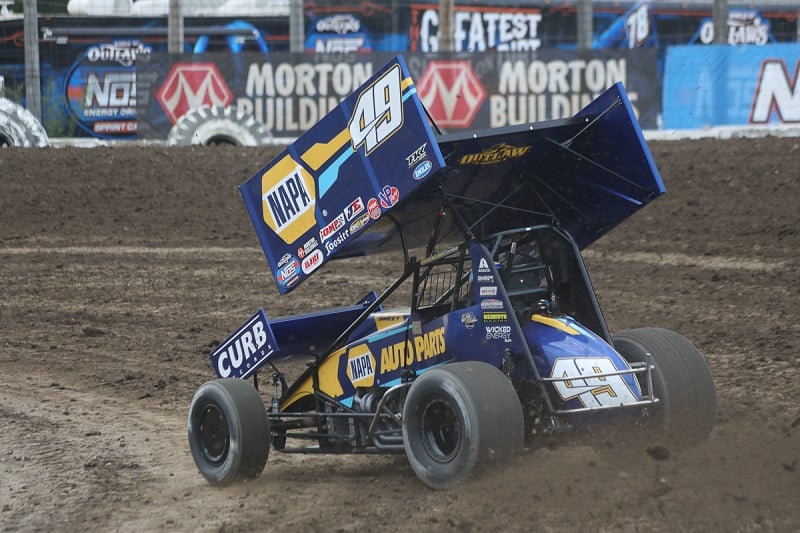 At the drop of the green flag, Sweet quickly settled into the third position behind leader Donny Schatz and former KKR teammate Daryn Pittman. After a caution with 25 laps remaining, Sweet was able to get by Pittman off of turn two. He ran in second until David Gravel was able to catch Sweet and get by him with only nine laps remaining. 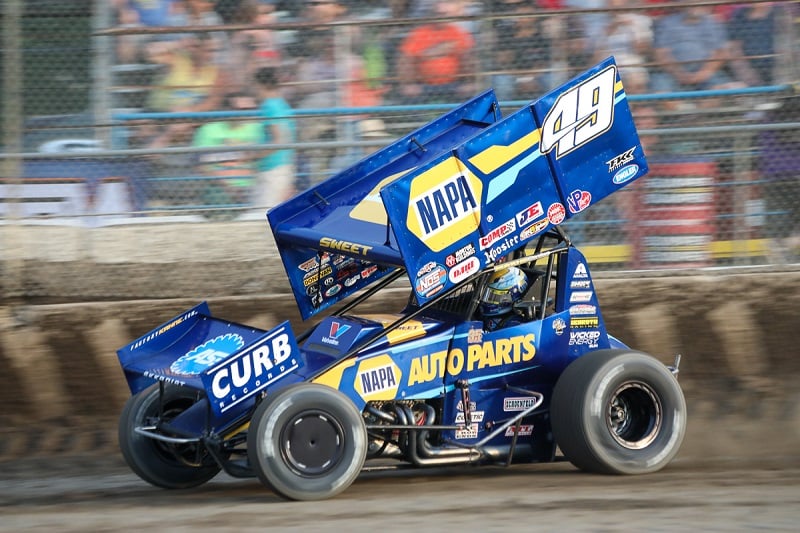 Sweet held onto the third position, where he would ultimately finish. He retains the World of Outlaws championship points lead, holding a slim, 38-point margin over ten-time champion Donny Schatz. 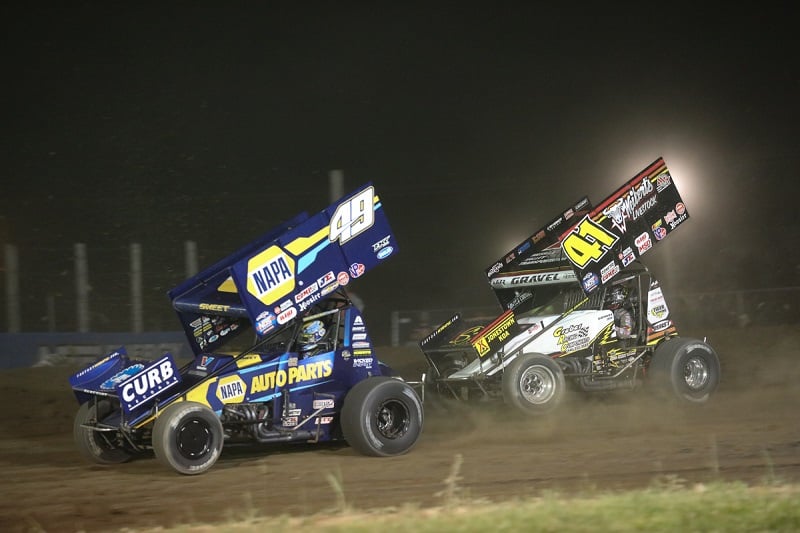 The Outlaws return to action on Tuesday, July 16 at Attica Raceway Park in Attica, Ohio.