Brad Sweet and the No. 49 NAPA AUTO PARTS Kasey Kahne Racing (KKR) team’s four-race win streak came to an end over the weekend. However, they were able to pick up a runner-up finish as well as a top-ten. Overall, the team has finished outside the top ten only one time so far this season. 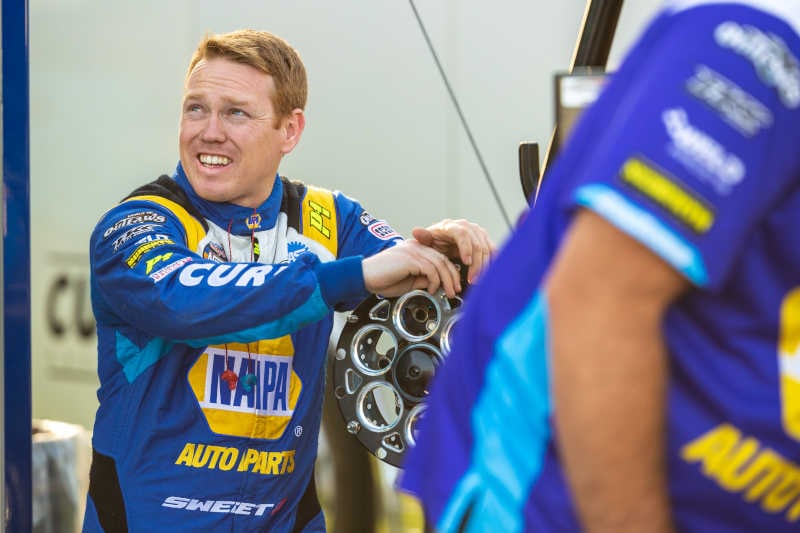 Sweet and the No. 49 team unloaded at Kokomo (Ind.) Speedway on Friday looking to start the race weekend off on the right foot. After hot laps, the NAPA AUTO PARTS team went out for qualifying, ranking 18th-quick on speed with an 11.571-second lap. The qualifying effort placed them in the second heat race of the evening with a fifth-place starting position. Sweet quickly gained track position at the start of the ten-lap heat race, snagging the third position. He went on to finish third in his heat, missing the Fast Pass Dash by one position; this lined the No. 49 car up in the tenth position for Friday’s 40-lap feature. 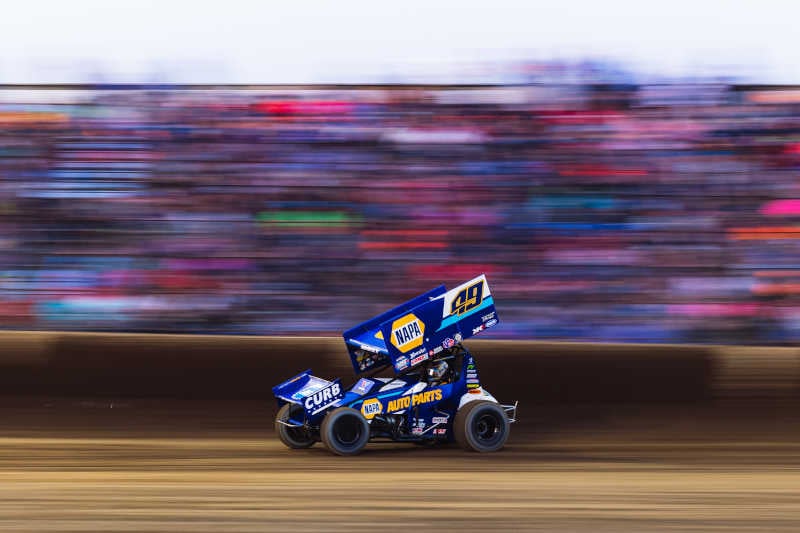 When the green flag flew, Sweet settled in mid-pack before slowly knocking cars off one-by-one. On lap 12, he was in a three-way battle for third place. However, he fell back to fifth when he wasn’t able to secure the position. He remained there until a caution came out on lap 21. The race went back to green with 19 laps remaining and Sweet jumped to third on the restart. Another caution came out, setting the field up for a ten-lap shootout to the finish. Sweet maintained his third-place position but wasn’t able to make any moves on the leaders, James McFadden and David Gravel, as the two battled for the top spot. But Sweet got one more shot at the victory when Gravel hit an infield tire and brought out a late-race caution. When the field took the green-white-checkered flags, Sweet gave his teammate, McFadden, a run for his money. He ultimately fell one spot short of extending his win streak, bringing home a runner-up finish at Kokomo Speedway. 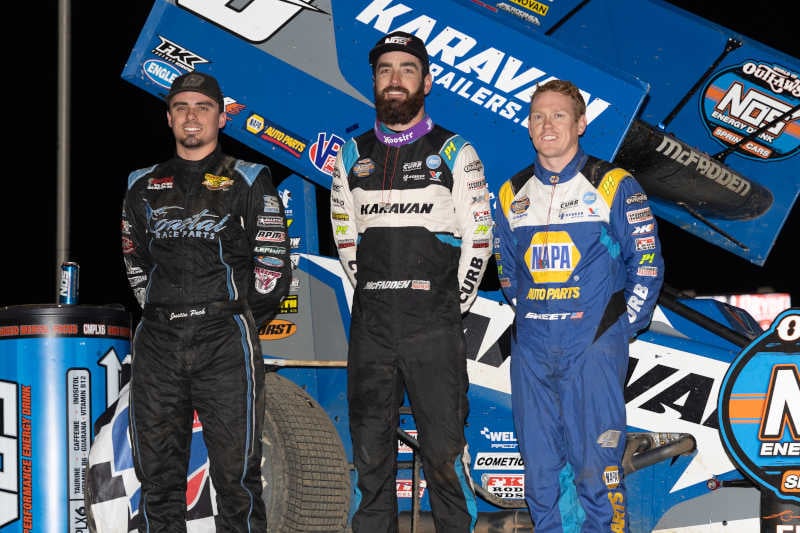 “I just shot myself in the foot during qualifying tonight,” Sweet said. “Once we got to third in the Feature I think the track just moved down and we ran out of options. I tried the top on the green-white-checkered but felt like I was going to give up second and had to
come back down. That’s what you have to do sometimes: get the best finish you possibly can. Tonight is a great testament to our team. It’s fun to be disappointed with second.” 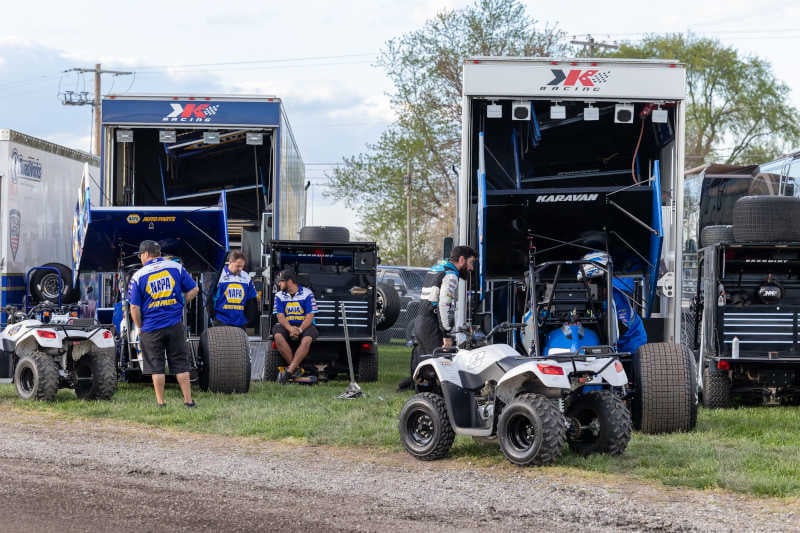 On Saturday, the World of Outlaws Sprint Car Series traveled to Tri-State Speedway in Haubstadt, Ind. During hot laps, a car lost control and collected Sweet. The NAPA AUTO PARTS team quickly went to work to repair the minimal damage before qualifying. With two qualifying flights on Saturday, Sweet ranked eighth-quick in his flight, giving him a fourth-place starting position in the ten-lap heat race. Sweet was able to gain one position in the heat; however, he missed the Fast Pass Dash by one position for the second night in a row. The No. 49 car would  have to start the 40-lap feature from the 12th position. 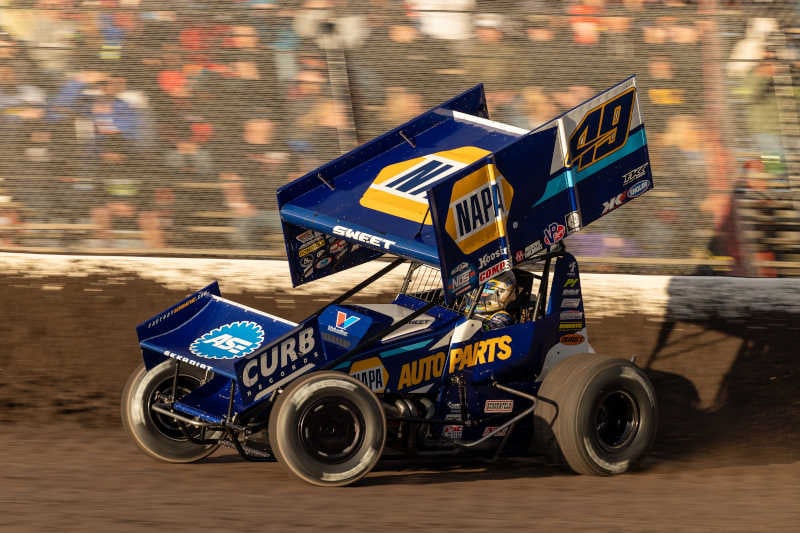 After the race went green, Sweet wasn’t able to make passes or try different lines to maneuver through the field. When the first caution came out on lap 12, he was still scored in the 12th position. During the next green flag run, Sweet was able to knock a few cars off and crack the top ten. After another caution came out with seven laps remaining, Sweet was poised to restart ninth. In the
remaining seven laps, Sweet was able to pick up two more positions and salvage a seventh-place finish from a challenging day. 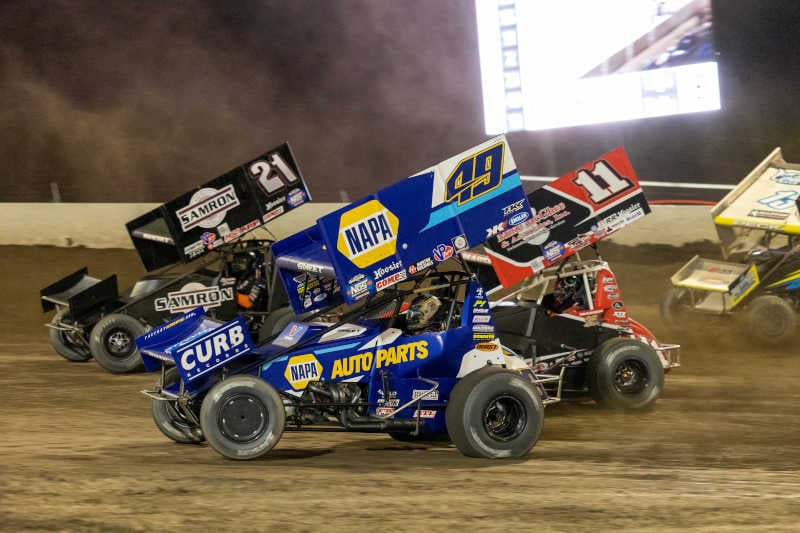 Next weekend the World of Outlaws Sprint Car Series will travel to Lawton (Okla.) Speedway on Friday, April 16 before heading further south to Mesquite, Texas, to race at Devil’s Bowl Speedway on Saturday, April 17.