Brad Sweet and the Kasey Kahne Racing NAPA AUTO PARTS team visited victory lane for the 12th time this season on Friday, marking a new career-high for the driver.

As the most significant race weekend of the season draws near, the NOS Energy Drink World of Outlaws Series had business to tend to at I-55 Speedway in Pevely, Missouri, on Friday and Saturday night. 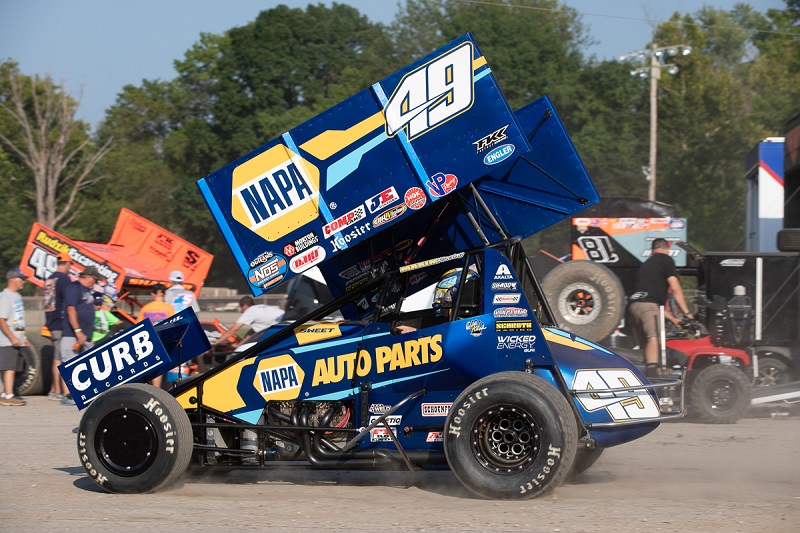 Sweet and the NAPA AUTO PARTS team unloaded at the 1/3-mile oval fast in practice and qualified in the sixth position. Sweet, the current series points leader, finished second in his heat race and after a third-place finish in the dash, started the 35-lap feature from the inside of the second row.

As the 26-car field came to the start, pole sitter Hunter Schuerenburg was deemed to have jumped the green flag by race officials. Under series rules, a caution flew immediately, and Schuerenburg was moved from the pole position to third, moving Sweet to the outside of the front row for the restart.

On the ensuing green flag, Sweet jumped out to an early lead while battling championship-contending driver Donny Schatz. The two battled side by side for two laps before Sweet was able to stretch his lead. The second caution of the race flew on lap seven. Fighting off a slide job from second-place Hunter Schuerenburg, Sweet lost the lead entering turn one but regained it with a cross over move off turn two and down the backstretch.

Another quick caution came just a lap later when two cars were tangled up in turns 3-4, once again setting up a battle for the lead. Working the top lane, Sweet again stretched his lead to almost a straightaway. 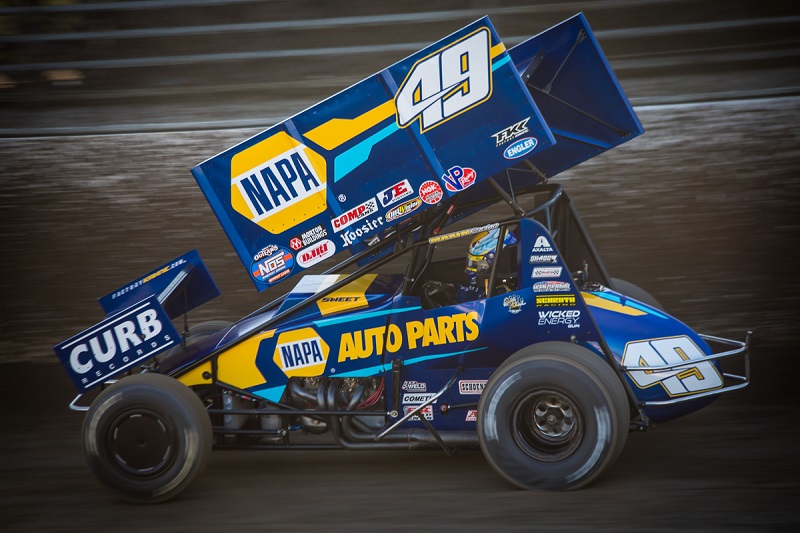 With five laps to go and navigating lapped traffic, Sheldon Haudenschild was in striking distance of the No. 49 NAPA AUTO PARTS car for the lead. However, Sweet held him off until yet another caution flew with just three laps to go.

In what would be the final restart of the night, Sweet rocketed out to a ten car length lead and was able to drive away, earning his career-best 12th World of Outlaws victory of the season and first career victory at Pevely. 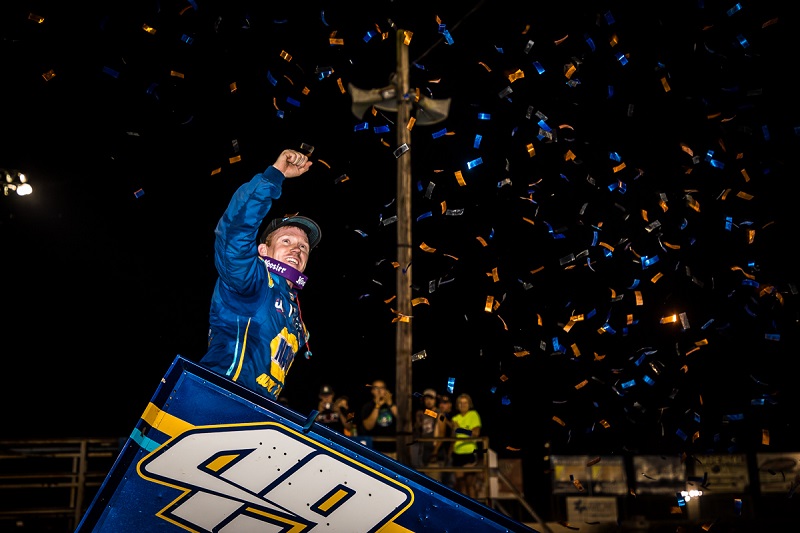 “Pevely is a really awesome race track,” Sweet said. “I remember the first time I came here I was just in awe of the place. I’ve led a lot of laps here. I either stuff it in the fence, or we got beat at the end. It’s nice to get the first one out of the way.” 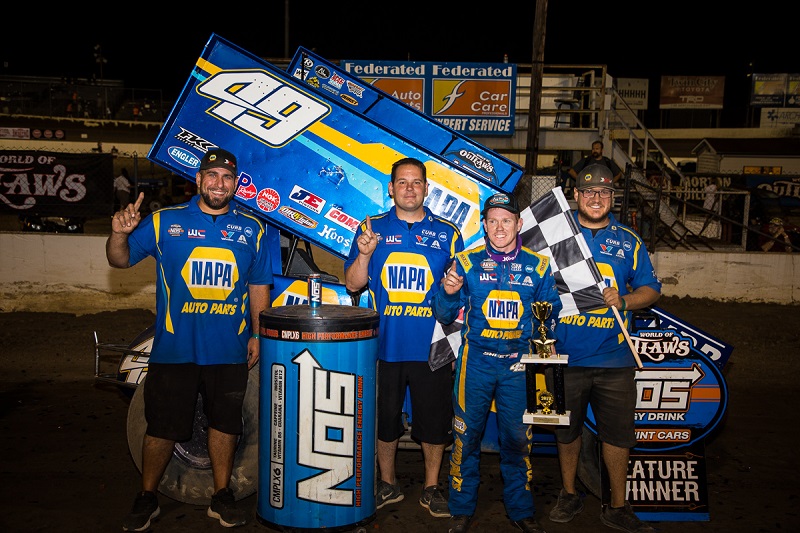 The World of Outlaws returned to I-55 the following night, for the $20,000-to-win Ironman 55. Sweet and company didn’t unload as fast as they did the night before, earning the 11th-fastest time in qualifying, finishing sixth in his heat which would put the Grass Valley, Calif., native deep in the field in 17th for the start of the feature. 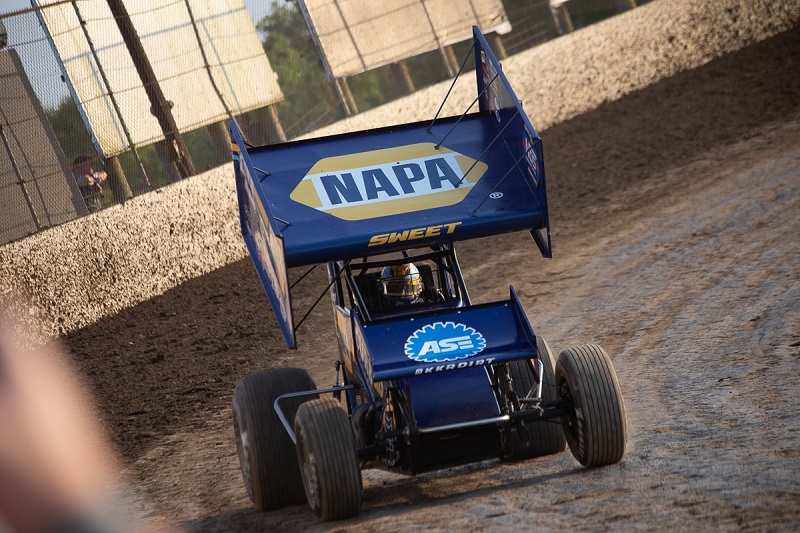 Crew chief Eric Prutzman and the team went to work making adjustments on the car for the 35-lap feature. Those changes helped the No. 49 machine’s handling as Sweet was able to work his way up from 17th into the top-ten, earning an eighth-place finish in a caution-free race with a blistering pace.

The sprint car world now shifts their attention to the biggest week in all of dirt racing, the Knoxville Nationals.