After a couple of much needed days off since leaving Jackson Motorplex in Jackson, Minn., the team traveled to Grand Forks, N.D. Sweet has seen both success and misfortune at River Cities Speedway, but with the great runs so far this season, the team was ready to tackle the high-banked dirt oval. 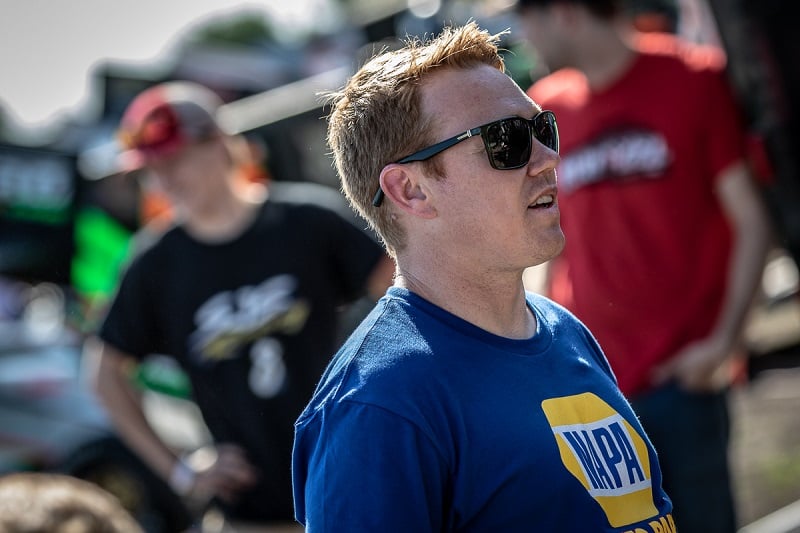 Friday night would drew 35 World of Outlaws sprint cars. The NAPA AUTO PARTS team ended up in the sixth position in qualifying. This finish put Sweet on the outside of front row in the second heat race, where he earned a transfer to the dash. Sweet pulled a six out of the tool box to determine his starting spot in the eight-lap dash. With little passing in the eight laps, Sweet finished fifth, setting his starting position for the feature.

When the green flag waved on the 40-lap feature event, Sweet lost a few positions, dropping back to seventh. At lap five, the red flag waved for an upside-down car. Sweet used this time to regroup and power to the third spot within one lap. The NAPA AUTO PARTS team bounced back and forth between the third and fourth spot until lap 28, when Sweet used a restart to get into second place. Sweet tried to track down the leader but ran out of laps. The No. 49 team once again placed on the podium with a second-place finish. 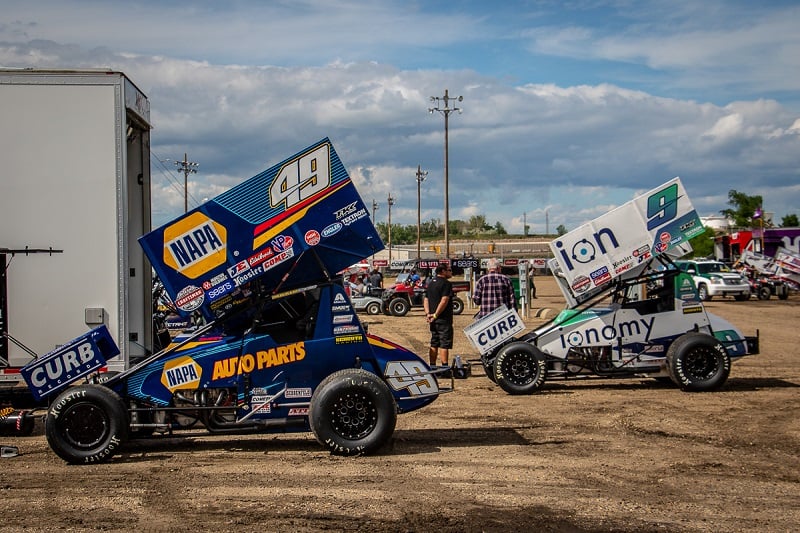 On Sunday, the team traveled to Nodak Speedway in Minot, N.D., where 26 cars showed up to compete in the World of Outlaws event. Sweet finish in the seventh spot in qualifying, which lined him up in the third spot of the first heat race. The NAPA AUTO PARTS team quickly moved into the second spot in the heat race, finishing there and locking into another dash. Sweet pulled the number six out of the tool box for the sixth starting position in the World of Outlaws dash. During the six-lap dash, Sweet moved into the fourth spot, setting a fourth-position start in the 30-lap feature.

Once the feature went green, Sweet jumped into the third spot. Despite losing his brakes with 15 laps to go, Sweet maneuvered around lapped traffic and finished in the second spot. 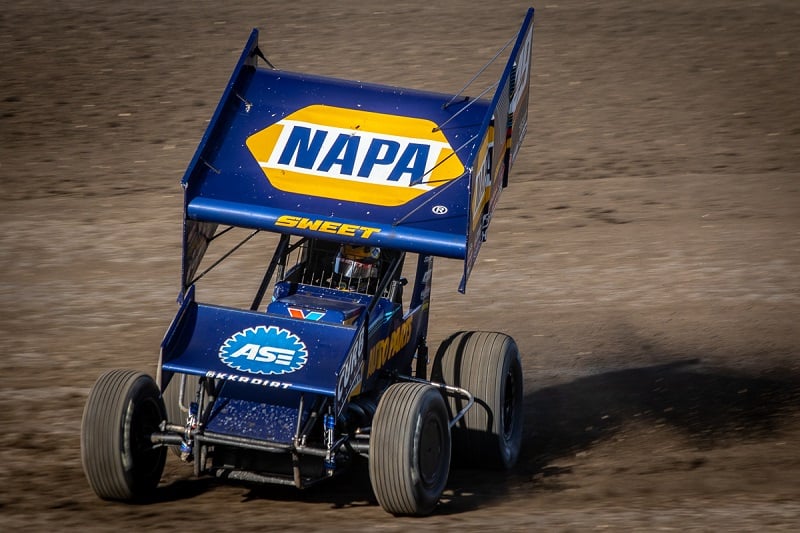 The NAPA AUTO PARTS team has finished in the top ten 25 times this season. The podium finish at Nodak marks 18 top-five finishes for Sweet and the No. 49 team.

Next, the No. 49 team travels to Farley Speedway in Farley, Iowa, on Friday, June 22, and Beaver Dam Raceway in Beaver Dam, Wisc., on Saturday, June 23.