Brad Sweet and the NAPA AUTO PARTS Kasey Kahne Racing (KKR) team were victorious in the lone World of Outlaws Sprint Car Series race this weekend. After Friday’s race was canceled due to poor weather conditions, the No. 49 team put on a dominant performance Saturday at Lake Ozark Speedway in Eldon, Mo. 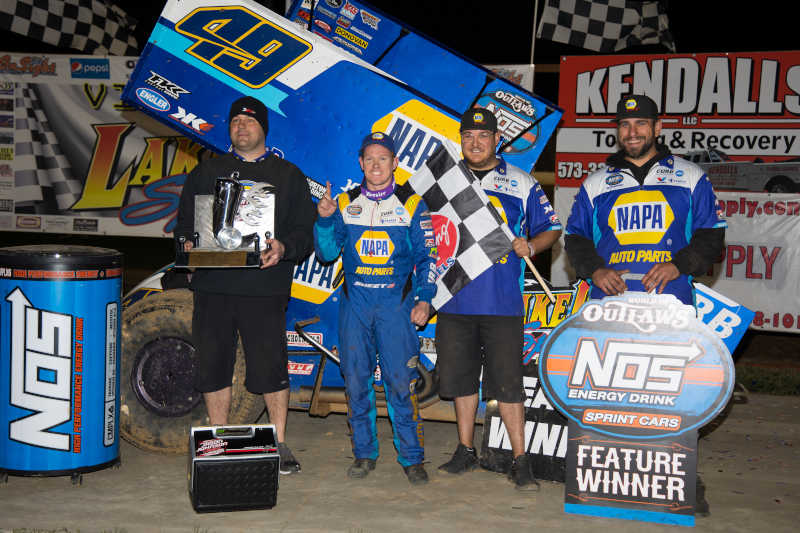 The Jason Johnson Classic is a special race to everyone in the World of Outlaws field and a race that Sweet was set on winning. The No. 49 car showed speed early when they rolled onto the rough, 3/8-mile track for hot laps. Later in the day, Sweet laid down an 11.497-second lap during qualifying, setting quick time. He lined up on the pole for the first ten-lap heat race of the evening. The No. 49 fell to third on the opening lap of the heat race. Sweet stayed in that position until the final two laps when he made the pass on Carson Macedo to finish second, moving him on to the Fast Pass Dash. In the random draw, Sweet drew the one pill, lining him up at the front of the field for the eight-lap race. He finished second in the Dash, putting him on the outside pole for the Feature race. 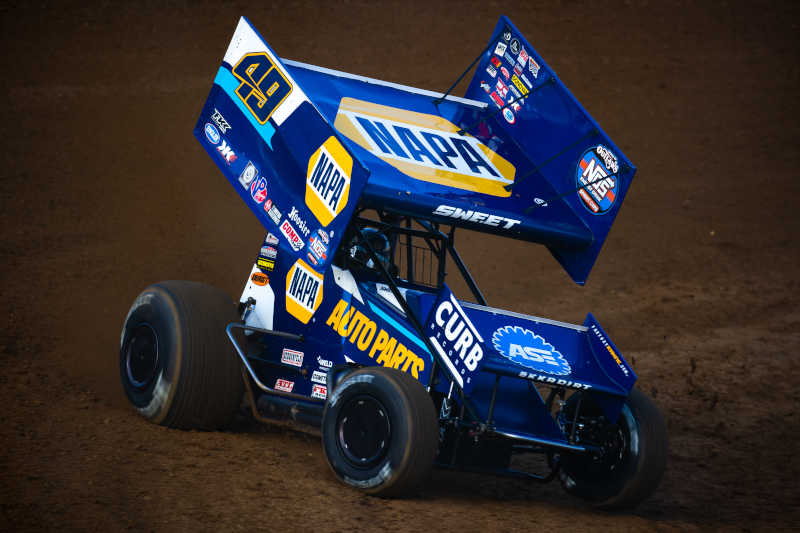 When the green flag waved for 41 laps of racing, Sweet jumped to the lead. By lap five, the leaders hit lapped traffic. The third-place car of Jacob Allen flipped on lap six while navigating traffic, bringing out the first and only caution of the race. Due to the challenging track conditions, the race was shortened to 30 laps by WoO officials during the red flag. 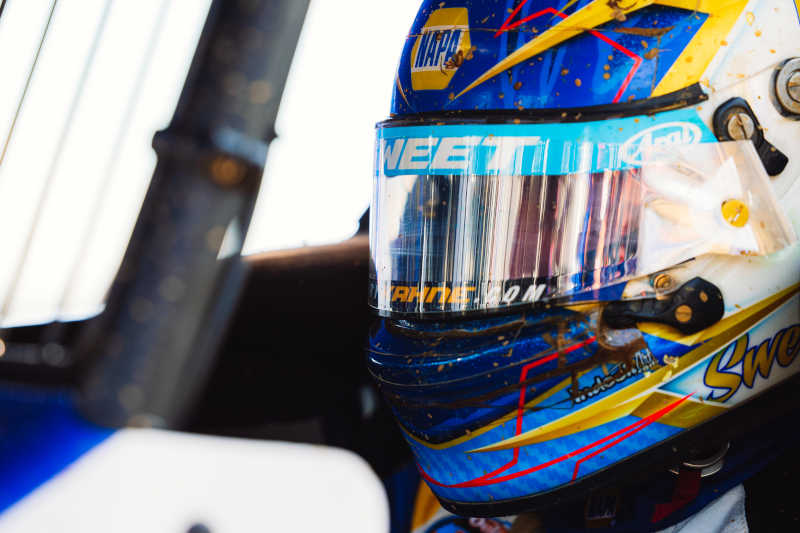 Sweet jumped back out to the lead on the restart, but four laps later Sheldon Haudenschild was challenging as they entered lapped traffic once again. The No. 49 NAPA AUTO PARTS car slowly pulled away from Haudenschild as they made their way through traffic. With five laps remaining, Sweet extended his lead to 1.42 seconds. He maintained that gap in the closing laps, collecting his third victory of the 2021 season. 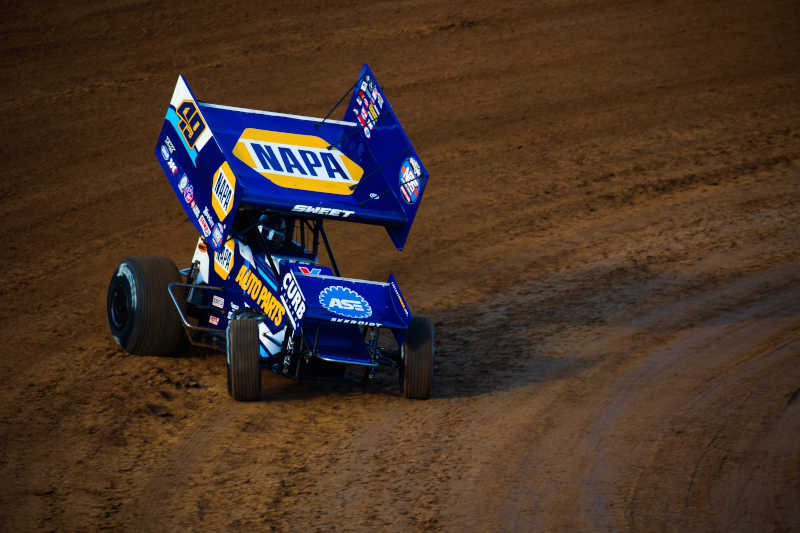 “This is definitely one of my biggest wins,” Sweet said. “I know it’s not the Knoxville Nationals or anything, but memorial races just mean so much. We lost Jason a few years back and I’ve missed him ever since. I think about Bobbi, Jaxx, and his whole family still sticking with the sport after everything that has happened to them. They’re a lot braver than I am. I hope Jason is looking down on us and smiling tonight.” 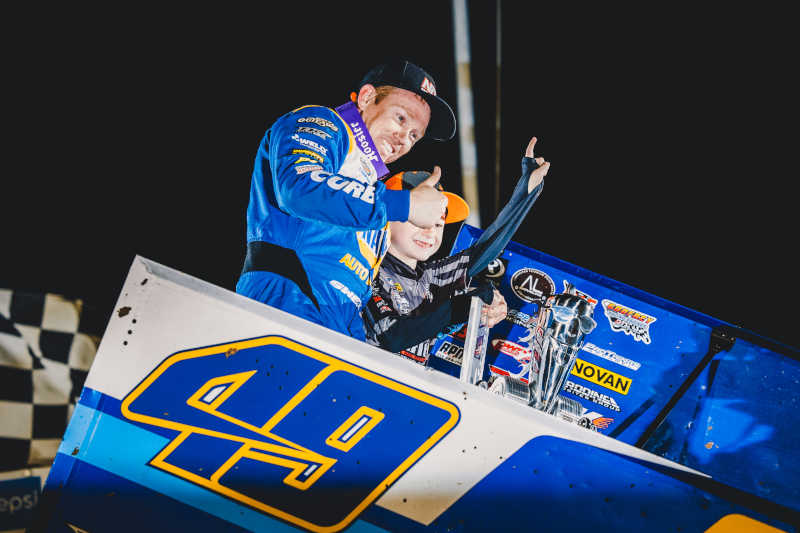 The World of Outlaws Sprint Car Series will return to the Midwest this weekend as they make a two-day stop at Federated Auto Parts Raceway at I-55 in Pevely, Mo.

Next Race: Mar. 26, Federated Auto Parts Raceway at I-55, Pevely, MO
How to Watch or Listen: www.dirtvision.com