Tanner Foust gave Volkswagen Andretti Rallycross its fourth consecutive race victory, while Scott Speed earned his class-leading seventh podium of the season, in Sunday’s Red Bull Global Rallycross Barbados II main event. The 1-2 finish eliminated all other drivers from championship contention and set up a head-to-head battle between the two teammates in Las Vegas next month. 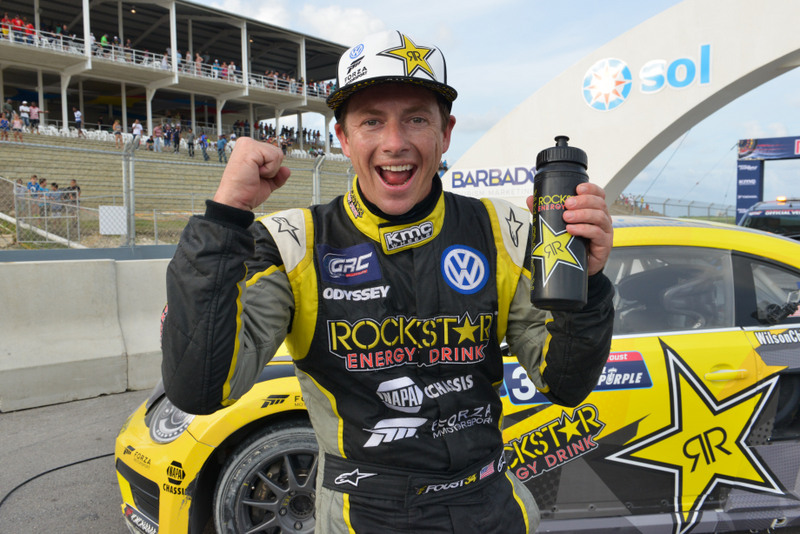 “Barbados is amazing—I figure we should just have every race here!” Foust said after the victory. “The track is awesome, they made some changes to the facility here since last year and it’s getting better and better. So far, it’s a Volkswagen sweep here both years, which is pretty amazing. The car wasn’t the fastest all day today, and didn’t qualify at the top, but by managing the cars through the long race we pulled it off. Thank you to the fans for coming out, we could hear you coming down the straightaway!” 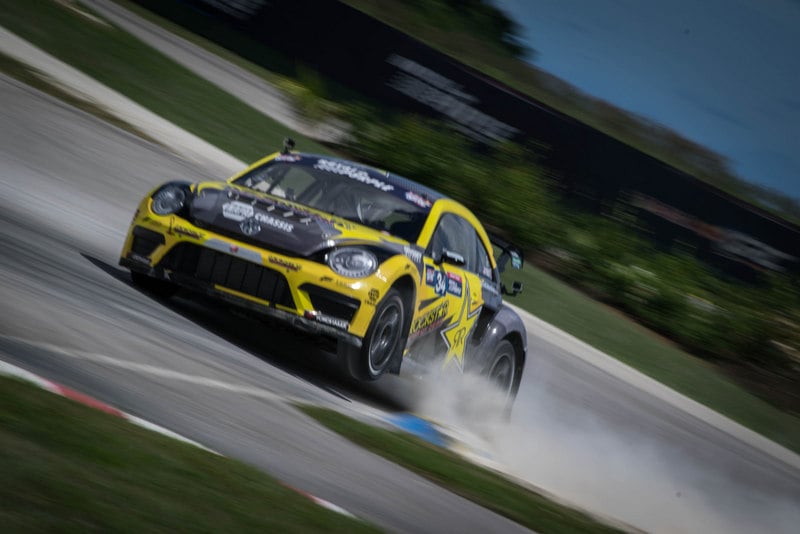 Coming into the day, Speed had a 33-point lead over Ken Block in the standings, but neither driver could capitalize in the heats as Speed scored three points and Block took two. In the first corner of the main event, Block saw his championship hopes go up in smoke when first-lap shuffling pushed him out of the main groove and saw him drop to last in the 10-car final. Speed now holds a 36-point lead over Foust in the standings with one race remaining. 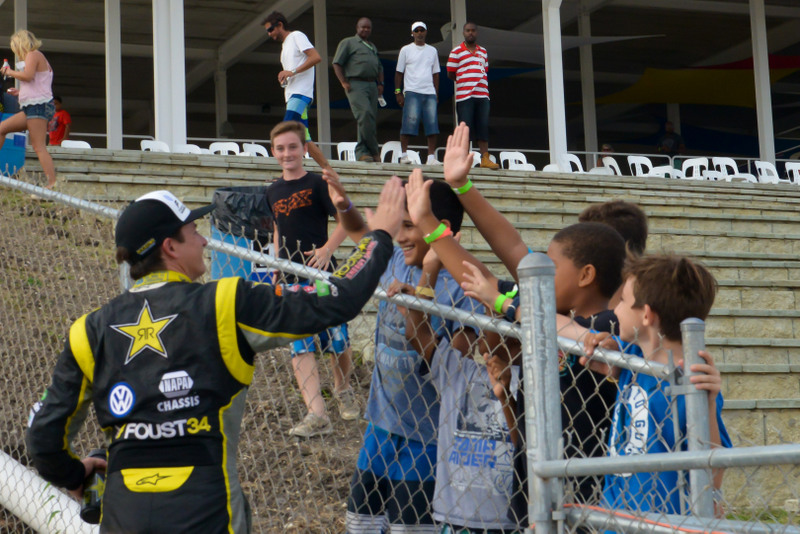 “We managed to keep the wheels on it this time!” Speed added, referring to a spectacular hit from Patrik Sandell in Saturday’s final that obliterated his left front wheel. “Either way, the championship winner is on our team, which is perfect. We couldn’t ask for a better weekend.” 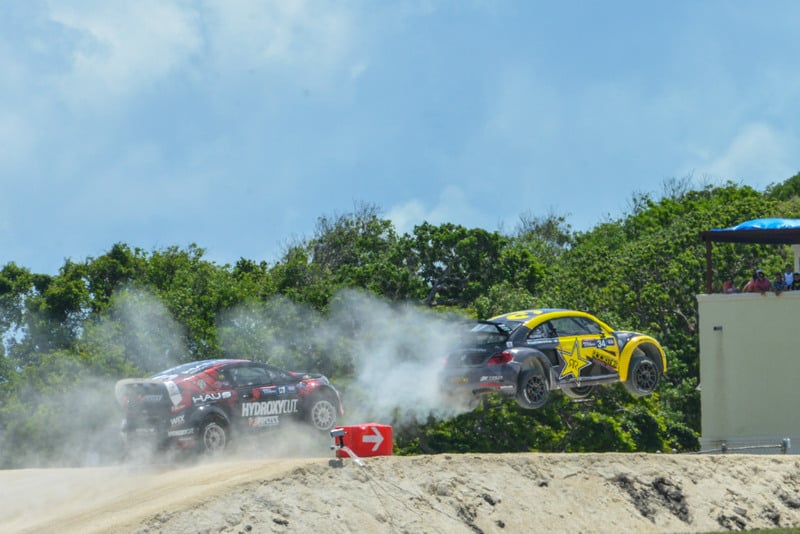 In GRC Lites, Austin Cindric completed the Olsbergs MSE sweep of the weekend, beating teammate and Saturday winner Oliver Eriksson to the finish. AF Racing’s Alejandro Fernandez completed the podium for the second day in a row, setting up a four-way battle between Sunday’s podium finishers and fourth place finisher Miles Maroney for the championship in Las Vegas. 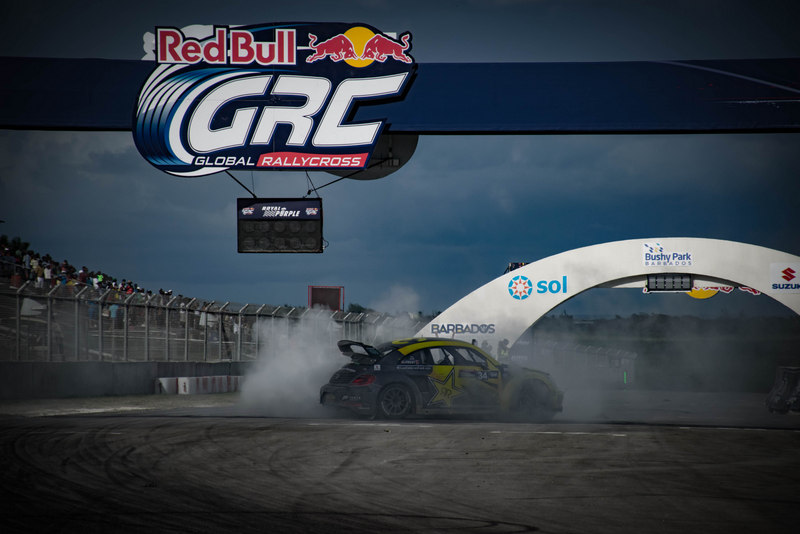