I.B. Thames opened his first NAPA store in 1971. Fifty years later, Auto Parts & Supply is run by the 2nd and 3rd generations of the Thames family. Today, the business includes 12 NAPA stores in central and southern Louisiana plus three IBS locations—two in Louisiana and one in Beaumont, Texas.

I.B.’s sons Tracy and Timmy Thames, along with their wives Tammie and Michelle, purchased their father’s interest when he retired in the early 1990s. Today, Timmy’s son Isra Thames is an equal partner and president of the operation.

At the time I.B. stepped aside, Tracy and Timmy operated stores in Alexandria and Reserve, adding a third NAPA in Laplace soon after. The most significant growth, however, began not long after Isra became an integral part of the business.

He said, “In 2010 we opened a store in Port Allen and the first of three we have today in Baton Rouge. The business grew from there. Some of the stores we bought were company-owned, others were existing stores independent owners were selling. There have also been several ground-up locations. Our decisions about where and how to add new stores depends on market opportunities.”

Growth for the Thames has also meant bigger stores and better locations. The Thames Reserve and Alexandria NAPA stores have each relocated a number of times, improving their visibility and increasing their size. In fact, the Alexandria store has relocated four times with the newest building double-decked. Tracy, who runs that store said, “The new space allowed us to double our inventory.”

Large inventory is key for the Thames. Timmy is responsible for purchasing the parts for all locations from the NAPA group’s headquarters in Reserve. “Because we have a majority of industrial customers, as well as fleets, depth of inventory is very important for us,” he said. “If a customer needs 50 of one kind of battery, for example, we have it. Or if they need 100 of a certain kind of filter, we have that, too.”

The Alexandria and the Blvd. location in Reserve are both able to accommodate a large amount of inventory and serve as hub stores for the Thames’ 10 other NAPAs as well as their IBS customers.

In addition to their 12 brick and mortar stores, Auto Parts & Supply has three IBS customers. “We received a lot of help from Genuine Parts Company to gain that business,” said Isra. “We’ve been serving them for years.”

In July, the Thames combined the 50th anniversary and Alexandria grand opening celebrations. “We had a big sale along with a car show and our Tool Truck was on site, Tracy continued. “There was an inflatable jumper for the kids, a petting zoo, and more. In addition, we served jambalaya, hot dogs, and hamburgers. Hundreds of customers, friends, and neighbors turned out throughout the day and we wrote nearly 400 invoices. It was a huge success.”

Changing with the Times 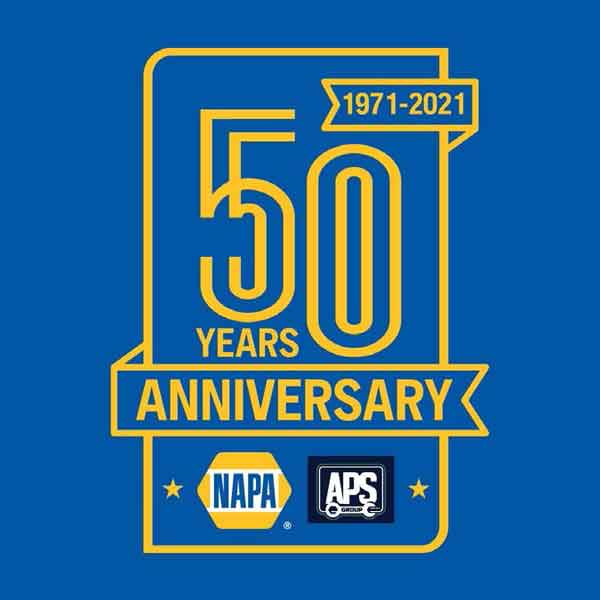 The Thames all agree that being able to change with the times has been important to their success. “Over the years, the parts we stock have changed, accounts receivables has changed, and of course technology has changed,” said Tracy. “PROLink, for example, has become increasingly important for us. Allowing customers to order electronically and has helped streamline our business.”

Isra added, “BOPIS (Buy Online Pickup In Store) has also been a huge success. It was an easy transition and is a great way to pick up additional sales, especially in these difficult and changing times. BOPIS allows our NAPA stores to remain competitive as consumers continue the migration to shopping online.”

With many stores less than mile from the Mississippi River, the Thames NAPA stores service large industrial customers including those in oil and gas, marine, and the shipping industry, as well as grain elevators and fleet customers. The Alexandria NAPA, in central Louisiana, has more automotive business than the others as well as logging customers.

The Thames are also working to grow retail business. “Retail opportunity is definitely out there; we see it every day,” said Isra. “Retail offers better margins with cash up front. It’s up to us to go and get it. Many NAPA stores, including ours, have not been retail friendly in the past. We’re working to make changes—larger sales areas, new paint inside and out, better lighting, and new signage. Some of the changes are as simple as making sure our stores are more presentable and clean, with shiny floors and current planograms. It’s bringing results.”

This NAPA group has their own Tool & Equipment Truck stocked with a variety of hand tools, scan tools, as well as bigger items such as lifts. “The truck visits shops in and around Baton Rouge and comes up to Alexandria every few weeks,” said Tracy. “We also hold several tool sales a year we call NAPA Days. Of course, during COVID that changed, but we’re slowly starting back up.”

Even though NAPA AUTO PARTS stores and automotive repair shops were deemed essential business, COVID still had a big impact on sales. “I feel we got through it the best we could,” said Isra. “Sales were down last year, but this year we’re on fire as things are opening up.”

Like all residents of Louisiana, hurricanes are nothing new to the Thames family. While there have been more than a dozen hurricanes that have affected the state since I.B. Thames opened his first NAPA store, Hurricane Katrina and now Hurricane Ida are two of the most damaging.

After Hurricane Katrina hit New Orleans 16 years ago, the NAPA store in Reserve was back in operation the day after the storm. “We were operating under generator power for about a week,” said Timmy.” We were probably the only supplier open close to New Orleans right after the storm. That, naturally, brought a lot of customers to us from all over. Thanks to our great staff, we developed a good relationship with those new customers and we’ve been able to maintain that business. After the hurricane our business went up 50%.”

Most recently, Hurricane Ida ravaged southeastern Louisiana the end of August. The Thames’ NAPA store in LaPlace was the most severely affected. Soon after the hurricane passed, some locations were running on generators and others were totally without power. The power company said it may be weeks before power is restored to all areas in and around New Orleans.

“We found ourselves in a similar situation as with Hurricane Katrina,” said Isra. “We were here, open as soon as we could to serve the community. While Ida unfortunately brought vast devastation to the area, the business after has been tremendous. We surpassed our previous company record by 20%. Thanks to NAPA Houston and San Antonio General Manager Kelly Skeens and the NAPA Houston team for stepping up, working with trucking companies, and finding a way to deliver much need supplies to the area!”

While it’s never easy to predict the future, it’s certain the Thames’ ability to adjust to whatever the market—and the weather—bring will ensure the success of Auto Parts & Supply for years to come.