In January 2019, Tom Huber celebrated 50 years with the NAPA AUTO PARTS store in Gooding, Idaho. That puts Huber in a very select group. Although people are working longer and retiring later than ever before in US history, very few toil long enough to log 50 years. In fact, the Bureau of Labor Statistics doesn’t even keep that data.

Not only does this milestone put Huber in a class by himself, Jerry Pierce, a fellow counterman at the Gooding NAPA had this to say: “Tom is one of the best customer service people I have ever met.” 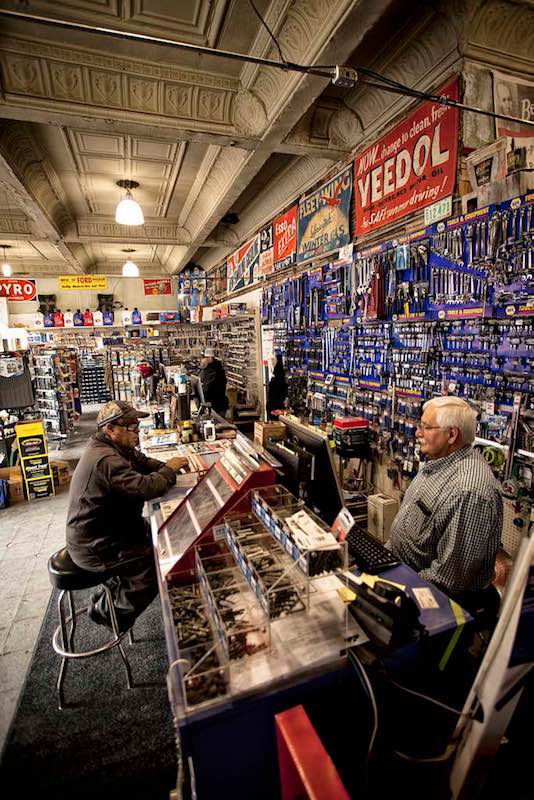 Huber said he started in the auto parts business working for a competitor in town. After 15 years he left and opened his own auto parts store across the street in a building built in the 1920s that originally housed a Buick dealership. He changed over to NAPA AUTO PARTS in the mid-80s because simply put, “NAPA had a better program.”

Although Huber decided to give up his ownership responsibilities about 10 years later he didn’t give up the job. “I’ve been working there ever since,” he said.

During his 50 years in the auto parts business Huber has seen lots of changes. “Times change, vehicles change, and so do the type of parts we sell. Years ago we sold a ton of points and condensers. Now it’s just one or two a month,” he noted.

“We also used to do everything by hand. There were stock cards for each part, about the same size as recipe cards. Every day we’d post all the orders to the cards. It was time-consuming work. Now of course, there are computers to do all that.”

Customers are the Best Part of the Job

While technology is making work easier, Huber said helping customers is still the best part of his job.

“Gooding is a small rural community,” said Huber. “People are used to seeing me behind the counter. A lot of our customers are friends. We’ve built up a trust with people. That’s why they come here.”

Some are fourth generation customers. According to Pierce, “Many bring their children with them to the store. The little ones know Tom will always hand them a fistful of DumDum lollipops to take home.”

Pierce grew up in Gooding. “As a child I knew Tom Huber. When I returned to Gooding as an adult I knew that whenever I needed auto parts Tom would always be here to greet me with a smile, a joke, and get me the right parts at the right price.

“Now, I have the pleasure of working alongside Tom … learning the valued treasures of his skills of the trade … the best of which would be his unique way of making each person he encounters feel valued and supported. To Tom, they’re not just customers, but friends and part of our small town NAPA family.”

Huber enjoys working with Jerry and the other employees. “The four of us are friends and work well together as a team,” he said.

As for retirement, Huber doesn’t have any definite plans. “I might cut back a little bit this year,” he said. “But the fact is, I enjoy working here.”