Elliott led his Hendrick Motorsports teammates to the green flag in eighth and quickly settled into ninth position, running just inside the top 10 for the first several laps of the race. After falling back to 12th, Elliott broke back inside the top 10, running just ahead of teammate Kahne in seventh. Elliott held steady in the top 10 through a caution on Lap 66, where he restarted 11th. The rookie once again made it inside the top 10 but around the Lap 75 mark, the rookie lightly scraped the side of his Chevrolet against the wall forcing the team to do damage repair on the following caution where he restarted in 22nd. It didn’t take him long to regain a top-15 position though and just 58 laps later he was in sixth. However, the “Tricky Triangle” triumphed against Elliott once again on Lap 106. 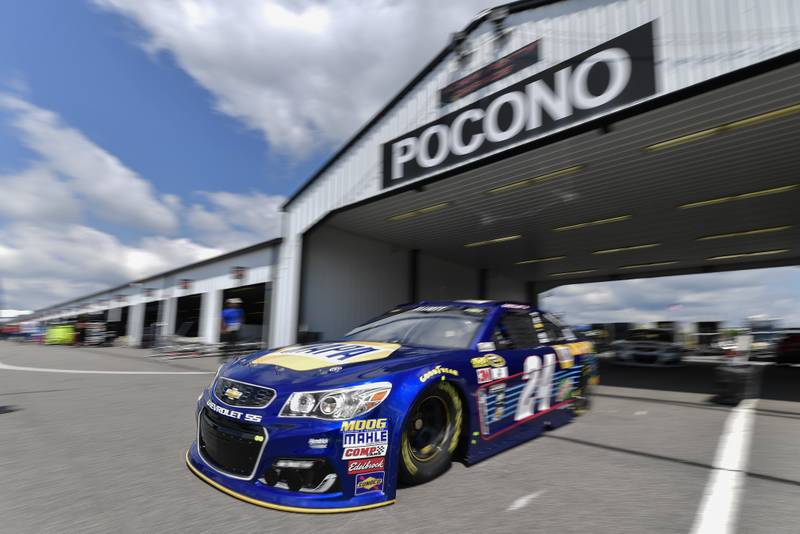 Elliott and a competitor made contact causing front-nose damage to Elliott’s Chevrolet compelling Elliott to take his No. 24 NAPA AUTO PARTS Chevrolet SS to the garage for repairs. He rejoined the rear of the field for the restart on Lap 110 and took home a 33rd-place finish in the weather-shortened event. 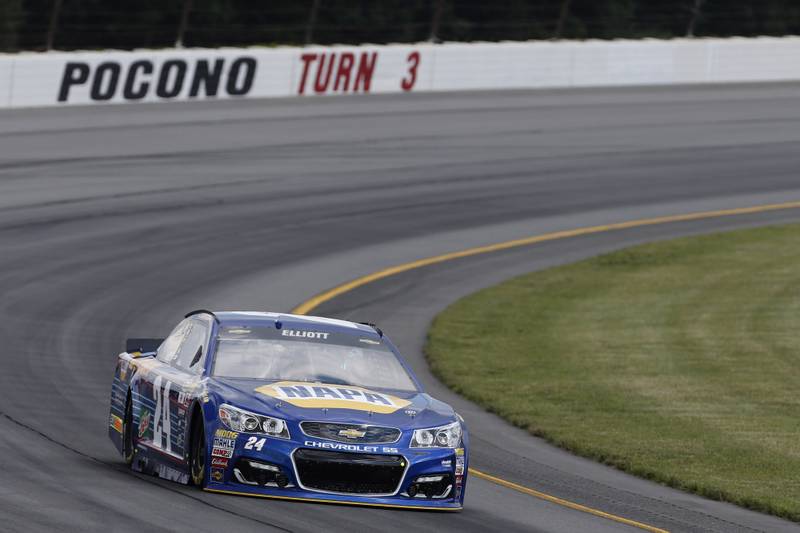 “We had a really good car today,” Elliott said in his post-race interviews. “I was happy with the handling for the majority of the race. I just came off of Turn 1 and those guys were racing three-wide and I thought Denny had the best run so I elected to push him down the exit of (Turn) 1. I thought that would be a good move to get him past and hopefully he’d drag me by and I was just still next to him. I thought I slowed down enough to not get loose but we got loose and I collected Joey. I apologize to the No. 22 guys, completely my fault.” The next event on the Sprint Cup schedule will be at Watkins Glen International on Sunday, August 7th. The event begins at 2:30 p.m. ET with live coverage provided by USA. 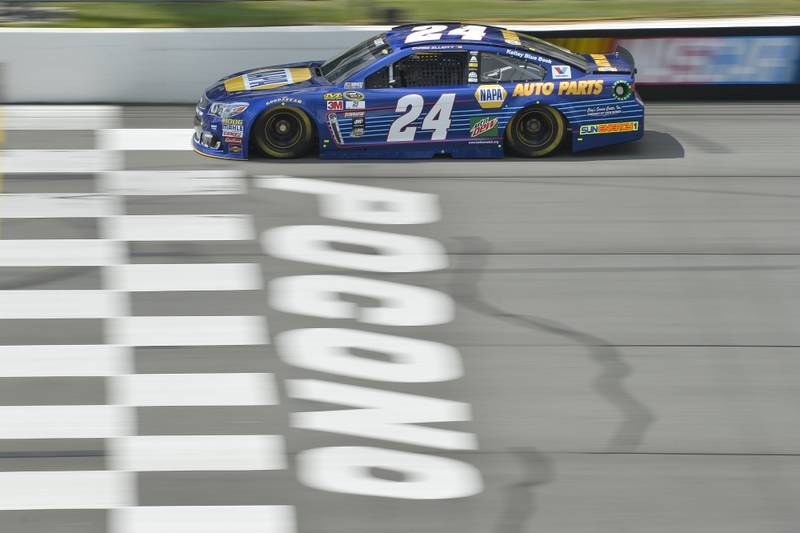 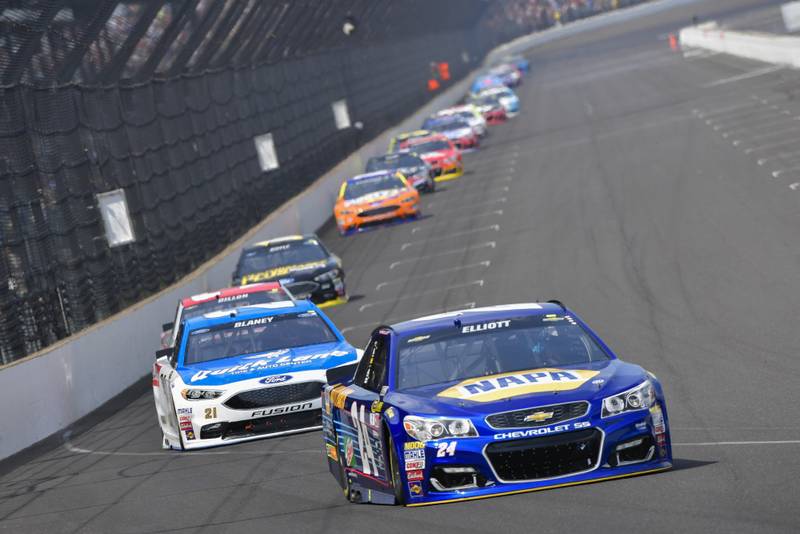