Since the invention of the automobile, the majority of cars rely on a four-stroke gasoline-fueled motor under the hood. Also called an internal combustion engine, this ingenious invention harnesses natural forces and energy to transform single elements such as fuel, air, spark and pressure into powerful motion ultimately capable of propelling an entire vehicle. The inner workings are a brilliantly choreographed dance where each piece plays an integral role in the system itself while also being driven by it. A full explanation is more than can be covered here, but it’s helpful to understand the basics.

Driving the process are two shafts timed together to work in unison: the crankshaft on the bottom and the smaller camshaft on the top. Both turn at fixed points on either end of the shaft, but each uses an offset design of lobes or counterweights that translate the fixed rotational motion of the shaft into a linear up-and-down motion of components connected perpendicularly. The crankshaft moves heavy pistons straight up and down while the camshaft operates two valves (sometimes more) per piston open and closed. A four-stroke engine refers to each distinct stroke made by one piston. While it may sound like a piston only has two moves — up and down — there’s a lot more going on with the position of the valves and in the overall process itself. 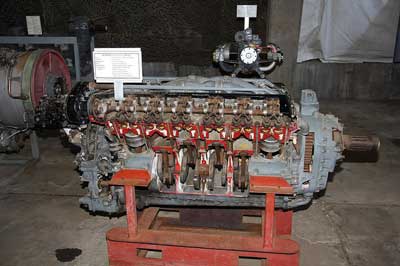 The piston begins at “top dead center” with little space between it and the two valves. This space is called the chamber. In the first stroke, the intake valve opens as the piston travels down, sucking air and fuel into the expanding chamber through the open valve. The air-fuel mixture taken in has already been optimized by the engine to produce as little waste as possible while giving maximum power output later on.

As the offset crankshaft rotates, the piston is then pushed back towards the valves, which are both now closed, building pressure and heat as it does so. With nowhere to go, the air and fuel are compressed. This increases their reactivity and ability to ignite, priming them for the next step.

Once the piston is back at the top, a timed spark ignites the volatile mixture and the controlled explosion sends the piston back down with great force. During this step, both valves remain closed and the contents of the chamber undergo a chemical reaction rendering them inert and turning them into exhaust gases. This step is where the engine gets its power. The explosion forces the piston down so hard it turns the crankshaft and “bounces” back up again. Automotive engines have several pistons in a row set to combust at different times so the mini-explosions create a balanced feeling that drives the crankshaft around without too much of a jolt.

At this point, the exhaust valve opens and the piston is sent upwards, pushing out all the “used” gasses into the exhaust system without building pressure. After this, the piston is back at top dead center, the exhaust valve closes, the intake valve opens and the process starts again. Because the procedure provides a direct link between what’s going on in the engine and what comes out of the tailpipe, it’s possible to diagnose some engine problems by the color of smoke emitted.

Understanding the operation of your vehicle can make a warning light or trip to the mechanic a little less stressful.

Check out all the engine parts available on NAPA Online or trust one of our 17,000 NAPA AutoCare locations for routine maintenance and repairs. For more information on the internal combustion engine, chat with a knowledgeable expert at your local NAPA AUTO PARTS store.