Unless you own a car from the 1980s or earlier, you may not be familiar with a carburetor. A carburetor is a device that sits on top of an engine and regulates the fuel and air ratio. It played an integral part in motor vehicles for decades and can still be found in lawnmowers, rototillers and other equipment today. But what does a carburetor do exactly, and why were they ultimately overtaken by fuel injectors?

Who Invented the Carburetor?

Identifying the inventor of the carburetor isn’t always clear cut. Karl Benz, whose company later became Mercedes-Benz, is often credited, but an American inventor, Samuel Morey, invented his own carburetor in 1826, 60 years before Benz. Separately, British and Hungarian engineers also claim to have invented the carburetor. Most likely, each built their own version, had it patented and laid claim to the title. Regardless, carburetors were an integral part of the engine system through the 1980s, though a few models still utilized them as late as 1995.

How Does a Carburetor Work? 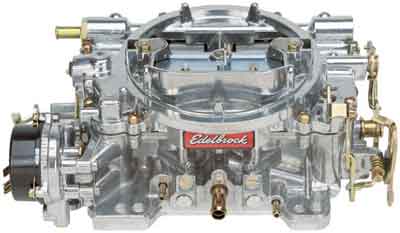 A carburetor depends on the vacuum developed by the engine to pull air and fuel into the cylinder. Specifically, the throttle opens and closes, controlling the amount of air that’s let into the engine. When air passes through the thin opening, known as a venturi, a vacuum is created that keeps the engine operating. With sufficient vacuum inside the carburetor, air pulls gas from a jet located in the venturi.

At this point, fuel from the float chamber mixes with air before heading to the cylinder. The float chamber contains a small amount of fuel that’s allowed to flow freely to the jet on demand. As the throttle opens, additional air is pulled into the engine, which brings with it more fuel, causing the engine to develop more power.

A carburetor isn’t the best fuel delivery system, but its low cost kept it around well into the fuel injection era.

Not all carburetors are the same. The tube that holds the venturi and jet is known as a barrel, and there are multi-barrel carburetors with two, four or six barrels. More barrels mean more air and fuel can enter the cylinders.

Carburetor problems were a common repair issue. Signs of trouble include hard starting, hesitation, stalling, flooding, rough idling, idling too fast and decreased fuel economy. While a carburetor cleaner sometimes solved the problem, eventually owners had to rebuild or replace them. Neither option was cheap.

One solution to fix a stubborn carburetor involved a screwdriver. If the carburetor flooded the engine, a screwdriver was positioned directly downward into the carburetor, which would hold the choke open to increase airflow. Instead of waiting for any flooding to subside, the screwdriver resolved the problem within seconds.

End of the Line

The death knell for carburetors was assured when electronic fuel injectors dropped in price for widespread usage. More accurate and reliable than carburetors, fuel injectors are the better and cleaner choice in modern vehicles.

Check out all the carburetors products available on NAPA Online, or trust one of our 17,000 NAPA AutoCare locations for routine maintenance and repairs. For more information on what a carburetor does, chat with an expert at your local NAPA AUTO PARTS store.

NAPA Know How Blog What Does a Carburetor Do?