It’s easy enough to know when your battery is dead, but there’s more to your vehicle’s charging system than the battery alone. The alternator is a major player in maintaining the battery’s health and keeping you on the road, but what does an alternator do exactly, and how can you tell if something is wrong? 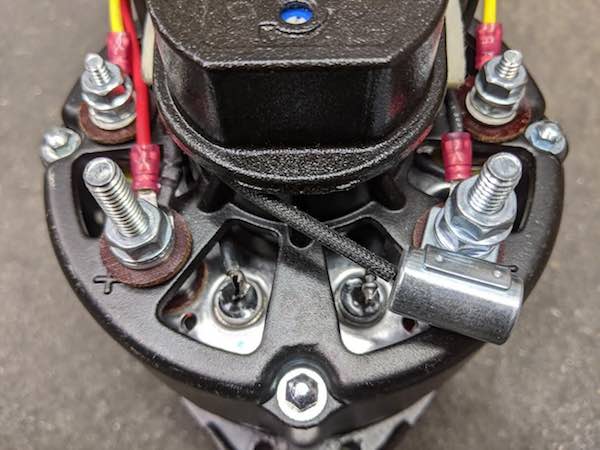 The alternator is essentially a small generator running under your hood. Driven by a belt on the engine, it turns mechanical motion into electrical energy. This is accomplished by a spinning magnetic rotor inside armature coils, inducing electricity in the form of alternating current. This current must be rectified by diodes to become direct current and thus useful for charging the battery. It must also be paired with a voltage regulator to prevent voltage spikes and protect the system and sensitive electronic components.

The battery provides the initial power to get the engine running, but after that, the alternator keeps things running and recharges the battery for a seamless startup next time. The alternator also powers the lights, radio, horn, power windows, seats and anything else that your vehicle relies on for power. Because the alternator charges the battery, it’s important that after you jumpstart a dead battery, you leave the car running for at least 20 minutes to give the alternator sufficient time to recharge fully. It’s also why, under optimal conditions, your daily drive hits that 20-minute mark to really extend the battery’s life.

A failing alternator can be mistaken for a dead battery (because it has failed to charge it), but there may be other telltale signs: lagging electrical components such as slow windows, dim dash lights or dim headlights that get brighter when the engine is revved. You may be lucky if your car has a warning light specifically for your battery or charging system, but it also might just illuminate your check-engine light. Also, be aware of new sounds and smells coming from the alternator itself.

Because they’re closely related, it can be tough to tell a battery problem from a faulty alternator. If you still can’t identify the problem, your best bet is to run a voltage test to see if the alternator is producing the amount of power needed to charge the battery. If you’re not sure how to accomplish this or don’t have the tools or specs available, you’ll need to take it in to a trusted mechanic for proper diagnosis. Always make sure to follow all safety precautions when working on electrical systems.

So, what does an alternator do? They’re an integral part of the charging system, and directly responsible for keeping your vehicle running. Remember that the next time someone tries to give the battery all the credit.

Check out all the alternator products available on NAPA Online or trust one of our 17,000 NAPA AutoCare locations for routine maintenance and repairs. For more information on alternators, chat with a knowledgeable expert at your local NAPA AUTO PARTS store.

NAPA Know How Blog What Does an Alternator Do?