While modern cars use electronic fuel injection (EFI) systems, most pre-1990 vehicles — and modern power equipment and motorcycles — still use a carburetor to get fuel into the engine. It’s a simple system and highly reliable, but not accurate enough for modern emissions standards, which is why it was replaced by EFI. When diagnosing fuel problems in a carburetor vehicle, it’s essential to understand the role of the various parts, such as the carburetor float, venturi, throttle valve, jets and others.

How a Carburetor Works

At its most basic, a carburetor is a tube of fuel in the air stream before the throttle plate. A narrow section, the venturi, increases local air flow, reducing pressure. This reduced-pressure area pulls fuel through the jet into the air stream, mixing and evaporating it on its way through the intake manifold and into the cylinders. Fuel flow through the jet is controlled by a needle, tuned to improve fuel economy and performance. 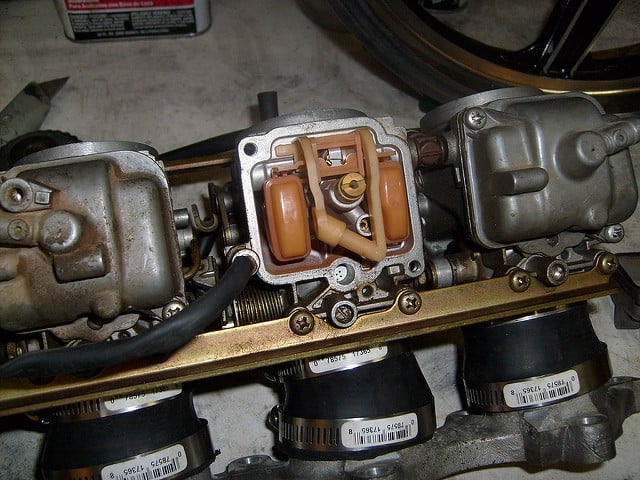 Mounted on the side of the carburetor is the float-feed chamber, or “bowl,” which is essentially a miniature fuel tank fed by the main fuel tank. Because the carburetor can’t use fuel under pressure, whether delivered by a fuel pump or gravity, the float chamber is kept at atmospheric pressure. The carburetor float needle, moved by the float, controls fuel flow, maintaining the fuel level in the chamber.

Although carburetors have become obsolete in a modern emissions world, you can still find them everywhere — probably even in your own garage. Taking care of a carburetor (or even rebuilding one) doesn’t require more than basic hand tools and cleaning supplies. You can also help keep the inside of a carburetor clean by using a motor treatment like Sea Foam on a periodic basis.

Check out all the fuel & emissions system products available on NAPA Online or trust one of our 17,000 NAPA AutoCare locations for routine maintenance and repairs. For more information on what a carburetor float does and common problems associated with it, chat with a knowledgeable expert at your local NAPA AUTO PARTS store.

NAPA Know How Blog What Is a Carburetor Float?