“Some assembly required.” Three words that can strike terror into the hearts of dads on Christmas morning or spell a lot of fun for ambitious gearheads about to build their dream car from a box of parts.

What Is A Kit Car?

Essentially, it’s a car you buy and assemble yourself. You get a crate with all or most of the parts, a blueprint and, in some cases, specialized tools. Putting it all together is up to you.

Is This A New Thing? 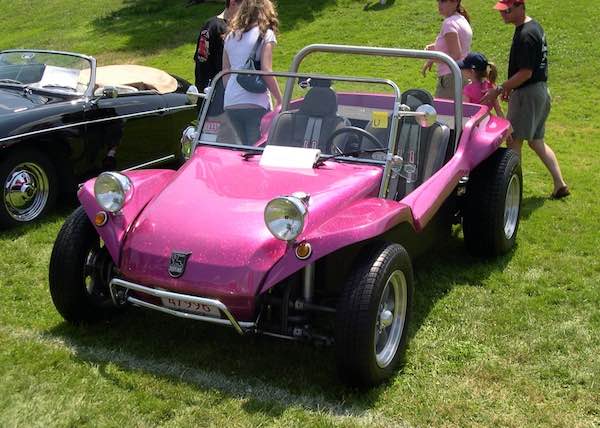 Kit cars go all the way back to the beginning of the automobile. The first known example was sold by an Englishman named Thomas Hyler-White in 1896, and it was such a success that he began selling it here in the U.S. sixteen years later. But kit cars really took off in the 50s along with the hot-rodding craze. Kit cars from this time were body swaps on the chassis of mass-produced cars, often with swapped or customized engines.

As millions of Volkswagen Beetles populated American roads, their used chassis became a cheap platform for more fun. In the mid-60s, the model that really blew the lid off was the Meyers Manx pictured here. After a couple of years, Meyers switched to selling them prebuilt, but competitors flooded the kit car market. By the end of the 60s, it was hard to find anyone asking “what is a kit car?”

Not quite. Technology has marched on to the point where there are some high-performance kit cars. Cars that you might, at first glance, think are Shelby Cobras, Lotus Sevens, Porsche Spyders, Ford GT40s or Lamborghinis are actually kit cars from companies that have legally obtained design rights for those iconic bodyshells. Such vehicles often have the power to back up the looks. In fact, many of them have far more power than the original cars did. For instance, one manufacturer makes a convincing 1933 Ford hot rod that’s powered by a present-day five-liter Mustang engine.

How Much Do Kit Cars Cost?

Kit cars vary widely in terms of cost. There are basic (yet still street-legal) kits that cost between $4,000 and $5,000, and there are also many six-figure kit cars. If that seems expensive, consider that the cars they imitate frequently sell for millions.

If you have time, patience and skill — in roughly equal amounts — a kit car can be a terrific way to drive the car of your dreams and enjoy the satisfaction of knowing that it’s the product of your own work.

Check out all the paint and body equipment available on NAPA Online, or trust one of our 17,000 NAPA AutoCare locations for routine maintenance and repairs. For more information on building and caring for a kit car, chat with a knowledgeable expert at your local NAPA AUTO PARTS store.

NAPA Know How Blog What Is a Kit Car?