Over the years, manufacturers have produced many trucks that were intended to be functional first, but more recently, comfort has become a main design consideration. Improvements in suspension have contributed to this trend, with twin I-Beam suspension being a particularly significant development.

Originally, front axles were solid and made for a rough and uneven ride. The purpose of a suspension system is to absorb the impact of the components and the passengers, and a good system will mitigate the initial impact, compression, return jounce and movement so that the driver doesn’t lose control and no parts break. 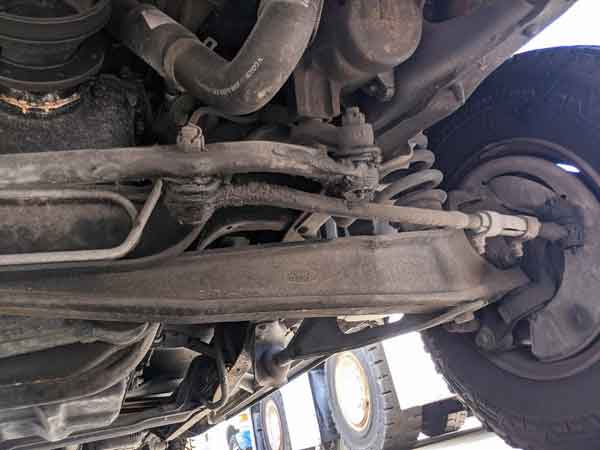 The Twin I-Beam design by Ford broke the single axle into two single beams for each wheel. Each beam is attached at its own independent spring and pivot point, allowing one wheel to roll over uneven ground with less effect on the other wheel and passengers.

Radius rods attach the beams to the vehicle’s side rails, giving more control over the front end. This design was later developed into the Twin-Traction Beam system, a more complex four-wheel-drive system that uses a differential but is built on a similar concept.

The Twin I-Beam suspension system makes for a smoother ride and better handling than its predecessors. It also helps to reduce tire wear, maintain wheel alignment and decrease the need for front-end maintenance. However, Twin I-beams were eventually replaced with an A-arm suspension setup by Ford. Because the Twin I-Beams lock in camber in a way that makes adjusting the ride height difficult, most cornering is hard, and the handling is uneasy. In the worst case scenario, this can lead to rollovers.

Though some people still love this kind of system, retrofit is typically not available. At one point, the Twin I-Beam suspension was a novel idea that stood out from its contemporaries, but it has since been eclipsed by even more innovative suspension solutions.

Check out all the suspension products available on NAPA Online, or trust one of our 17,000 NAPA AutoCare locations for routine maintenance and repairs. For more information on Twin I-Beam suspension, chat with a knowledgeable expert at your local NAPA AUTO PARTS store.

NAPA Know How Blog What Is Twin I-Beam Suspension?