What’s the best race scene that’s ever been committed to film? There are as many answers out there as there are car buffs, but one thing is for certain: When the green flag flies on the big screen, everyone will want to know who makes it to the finish line in first place.

Check out these picks and see if your favorite car racing scene made it:

1. O’Conner vs. Toretto in ‘The Fast and the Furious’

There’s plenty of automotive action in this ode to California car culture, but the best race scene has to be when Brian O’Conner faces off against Dominic Toretto just before the credits roll. It’s a turbocharged Toyota Supra versus a supercharged Dodge Charger, and if you can ignore how many times each driver shifts on his way to the finish line — which happens to have a diesel locomotive thundering across it — it’s easy to get caught up in the tension between the two characters.

2. The Japanese Grand Prix in ‘Rush’

Although producer Ron Howard’s tribute to the purported rivalry between Formula 1 drivers James Hunt and Niki Lauda plays fast and loose with interpersonal dynamics, there’s no denying that it was amazing to see both real and replica vintage Formula cars on some of the world’s most exciting tracks, battling it out for supremacy. To pick a single best race from the film is tough, but the in-the-rain showdown at the Japanese Grand Prix is certainly one of the top scenes — it’s the perfect illustration of what Howard was able to achieve in the historical drama. 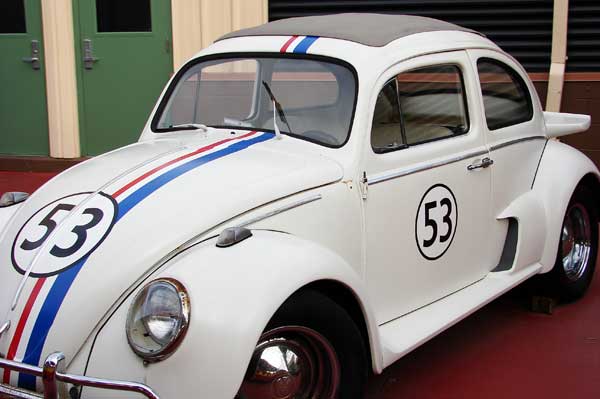 You probably remember “The Love Bug” as the goofy flick about Herbie, a Volkswagon Beetle that wasn’t just fast on the race track but also alive. However, do you remember just how many notable period race cars were in the film, or how intense the racing sequences were? Sit down and watch the movie again with adult eyes — you’ll be impressed at how well the race scenes have held up with time.

“Driven” isn’t the best movie about racing, but it does have two excellent race sequences that make it worth watching. The first is when Joe Tanto, a retired Champ car driver played by Sylvester Stallone, auditions for a role on the team by picking up coins with the slicks on his open-wheel racer. The second is a harrowing midair crash sequence that plays out as all-too real in the computer-generated rain.

As any racer knows, the buildup before a big race is often more thrilling than the 10 seconds it takes to shut down your opponent. his captures the essence of the coming-of-age film “American Graffiti,” where each character’s struggle to embrace adulthood culminates in a race scene where a yellow Deuce Coupe takes on a ’55 Chevy Belair. As is often the case in real life, nothing goes according to plan.

Check out all the maintenance parts available on NAPA Online or trust one of our 17,000 NAPA AutoCare locations for routine maintenance and repairs. For more information on race-ready vehicles, chat with a knowledgeable expert at your local NAPA AUTO PARTS store.