Thieves often target valuable components on cars. Sometimes entire cars are stolen and parted out, while in other cases, only certain parts are stolen and the rest of the vehicle is left intact.

One car part that’s especially popular with thieves is the catalytic converter. But why do people steal catalytic converters specifically? To get to the heart of the issue, we’ll need to understand the role that this part plays in vehicles and the value it provides.

What Is a Catalytic Converter? 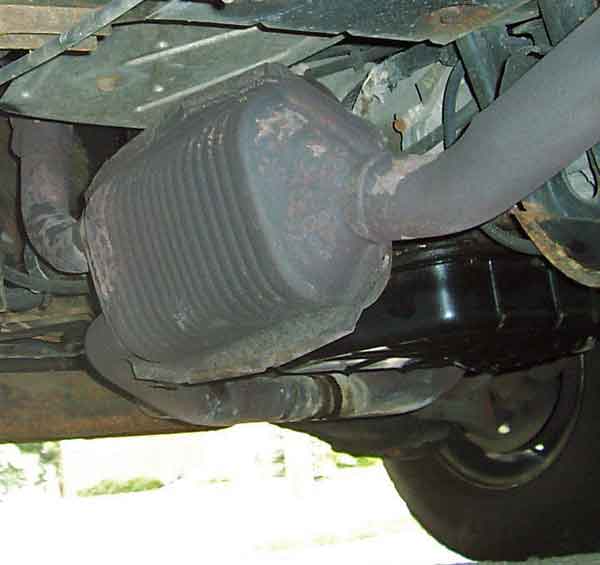 The catalytic converter is part of a car’s exhaust system. If it has a gas or a diesel engine, your car emits gasses while the engine is burning fuel. These emissions can be harmful to people and the environment, but the catalytic converter contains elements like rhodium, platinum and palladium that react with and neutralize the harmful gases found in your car’s exhaust.

Where Is This Car Part Located?

Why Is a Catalytic Converter Important?

Importantly, if there’s a blockage in this component or some other problem, the catalytic converter can prevent hot, dirty gasses from escaping and causing the engine to overheat, which could create a fire hazard and damage the engine.

Why Do People Steal Catalytic Converters?

A thief might also target this part for its as-is resale value. Catalytic converters can be expensive to replace when they’re broken, with some selling for more than a thousand dollars. Consumers or garages might be tempted to buy stolen second-hand parts — unknowingly or not — to save some money.

How Can You Prevent Your Catalytic Converter from Being Stolen?

For theft to occur, a thief would need to slide underneath your car and remove the converter by either disassembling the exhaust piping or cutting the unit free with a saw or grinder.

Here are some steps you can take to prevent your catalytic converter from being stolen:

The catalytic converter is one of your car’s most valuable components, so be sure to keep the above guidance in mind and take action now to keep it safe from thieves.

Check out all the catalytic converter parts available on NAPA Online, or trust one of our 17,000 NAPA AutoCare locations for routine maintenance and repairs. For more information on catalytic converters, chat with a knowledgeable expert at your local NAPA AUTO PARTS store.

NAPA Know How Blog Why Do People Steal Catalytic Converters?