Understanding the differences between 2 stroke vs 4 stroke engines can play an important role in getting maximum performance and lifespan out of your small engines. 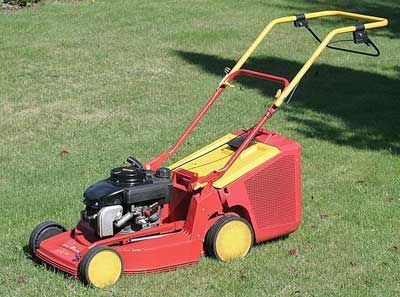 The 2 stroke designs are simpler, which means once you introduce additives like ethanol into gasoline it’s much harder to fine-tune the combustion process like you can in a more complex 4 stroke automobile engine. As a result, ethanol does untold damage each and every year to thousands of small engines in chainsaws, lawn mowers and leaf blowers across the country.

What Kind Of Damage Does Ethanol Do?

As explained above, 2 stroke vs 4 stroke engines don’t offer the same level of precision when it comes to spark plug firing and air/fuel ratio mixture. These types of engines also require a specific ratio, mixing gasoline and oil together in order to stay properly lubricated.

Ethanol is a type of alcohol that can be burned as a fuel, and it is often mixed in with traditional gasoline in concentrations typically approaching 10 percent. In some cases, however, particularly in the Midwest, it’s possible to get much more concentrated ethanol mixtures, surpassing 15 percent and even 20 percent. At this level, the amount of ethanol in fuel can have a damaging effect on 2 stroke engine components.

Since the fuel burn is less precise in 2 stroke vs 4 stroke engines and cannot be adjusted via computer controls, ethanol-heavy gasoline can leave significantly more deposits behind inside a cylinder after it is ignited. When acting as a solvent, like any alcohol, ethanol in gasoline also runs the risk of breaking down engine sludge and sending it through the fueling system, where it can clog injectors and ports. That same solvent behavior also attacks plastic and rubber components, causing them to dissolve over time (especially on older engine designs). Finally, ethanol also attracts water, which means ethanol blended fuel can introduce moisture into a engine and lead to corrosion of the metallic surfaces inside the cylinder as well as in fuel lines and the fuel tank.

How Can You Avoid Ethanol Damage?

The easiest way to prevent ethanol damage is to simply avoid gasoline that contains an ethanol mixture. Always check at the pump to make sure that the fuel you are using is ethanol-free, or at the very least, contains 10 percent ethanol or less (the maximum safe ratio for newer 2 stroke engines). If you can’t find ethanol-free fuel at your local gas station, then you can always check your local NAPA Auto Parts store for a canister of ethanol-free, pre-mixed small engine fuel.

Check out all the lawn and garden products available on NAPA Online or trust one of our 17,000 NAPA AutoCare locations for routine maintenance and repairs. For more information on 2 stroke vs 4 stroke engine maintenance, chat with a knowledgeable expert at your local NAPA AUTO PARTS store.

One thought on “2 Stroke vs 4 Stroke: Avoid Ethanol in Small Engines” Leave a comment ›