The 2017 auto show season has been a good one for fans of muscle and performance cars, as a number of automakers have stepped up with enticing options aimed at gearheads with a desire to go fast. Alongside the usual Detroit-based suspects, there were a few surprises from overseas that had heads turning and tires spinning throughout the first quarter of this year.

Here’s a quick look at a few of the most noteworthy debuts from 2017.

The 840-horsepower, revamped version of Dodge’s most popular sports car, the Challenger, is powered by a supercharged 6.2-liter Hemi Demon V8 engine, improving on that of the 707-horsepower Challenger SRT Hellcat. The coupe, recently revealed at the New York International Auto Show, promises to offer drag racers the traction, horsepower and aerodynamics they need to embarrass almost anything else you can buy off of the factory floor, accelerating from zero to 60 mph in 2.3 seconds and featuring drag radial tires, a TransBrake and Drag Mode Launch Assist. 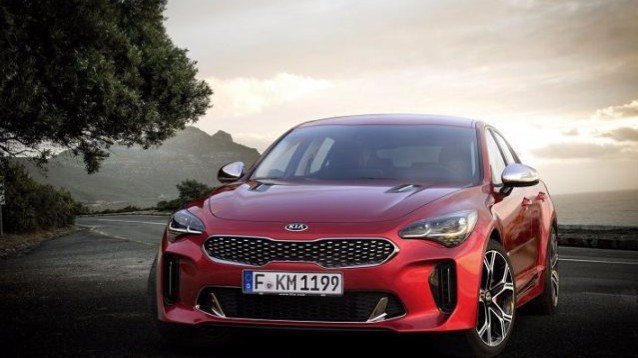 The talk of the 2017 auto show in Detroit this year was the Kia Stinger GT, a sleek four-door hatchback motivated by a 3.3-liter, twin-turbo V6 engine capable of producing a whopping 365 horsepower. Rear-wheel drive is standard, with an option to upgrade to all-wheel drive. Even if you opt for the entry-level model, you still get 255 horsepower from a 2.0-liter turbo four. Kia has never built anything like the Stinger GT and is clearly targeting luxury sport sedans from BMW and Audi with this latest design.

Wait a minute — an SRT version of a family SUV? Chrysler has already pulled this stunt once with the Jeep Grand Cherokee SRT, and now it’s back for more by dropping the same V8 drivetrain under the hood of the Durango SRT. This beast, unveiled at the 2017 Chicago Auto Show, packs 475 horsepower, and its standard four-wheel drive gives it the ability to launch itself to 60 mph far faster than any three-row people mover has the right to. Plus, it can tow 8,600 pounds, making it one of the few vehicles you could use to lug your race car to the track and then line up on the starting grid with once you’ve detached the trailer.

Check out all the maintenance parts available on NAPA Online or trust one of our 17,000 NAPA AutoCare locations for routine maintenance and repairs. For more information on the 2017 auto show season and the muscle and sports cars that played a starring role, chat with a knowledgeable expert at your local NAPA AUTO PARTS store.