Capps’ 54th Funny Car win extends his championship points lead to 119 over Don Schumacher Racing teammate Matt Hagan, who set world records for time (3.802 seconds) and speed (338.85 mph) in qualifying before losing to Capps in the championship round.

Capps has won 15 consecutive rounds and is the first to accomplish that since John Force in 2013. 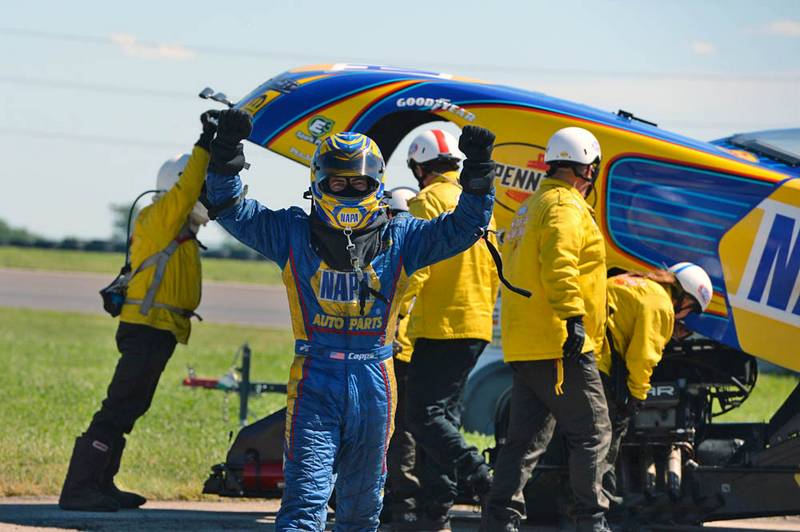 “Unbelievable,” said Capps, whose top speed of the weekend was 325 that paled to 338-mph runs by Hagan, Courtney Force and Robert Hight and each were beaten by Capps Sunday.

“We couldn’t go toe to toe with those guys but no one is better that Rahn Tobler on race day. Those speeds are great, they’re great for headlines, (but) Mello Yello championships are won by E.T.s and especially race wins.

“We were fighting a little bit of an issue with the car and it was in the fuel system.”

Capps, who qualified seventh, was surprised when he arrived at the track Sunday morning and Tobler was having his NAPA AutoCare crew change the fuel pump.

“To change a fuel pump on Sunday is incredible,” he said. “It took a lot of guts for him to do that and look what happened. I’ve got a crew chief that can adapt to anything.” 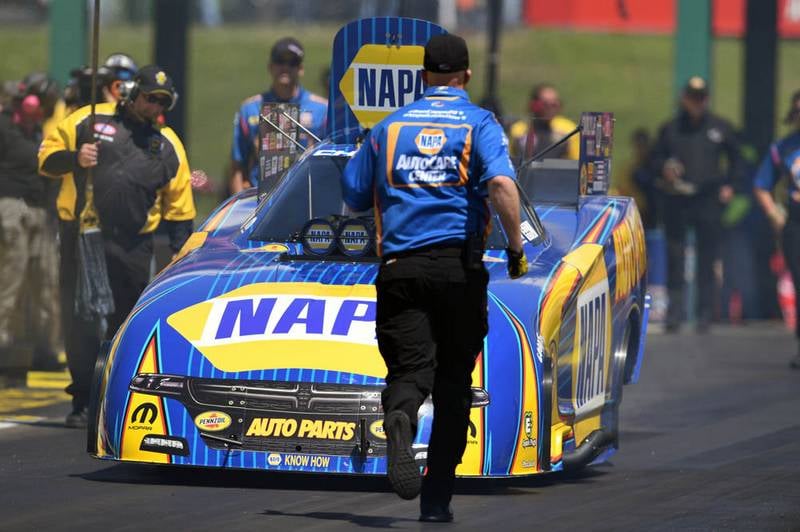