The fuel filter is your car’s unsung hero. It works hard around the clock to provide protection against contaminants that can eventually compromise engine performance.

A malfunctioning fuel filter could cause your car’s engine to become vulnerable to issues that can negatively affect performance, including handling and fuel economy. Here’s what a fuel filter does, bad fuel filter symptoms that indicate when the component isn’t functioning as it should, and steps you can take to address the problem before it causes wider issues in your vehicle.

What Does a Car’s Fuel Filter Do? 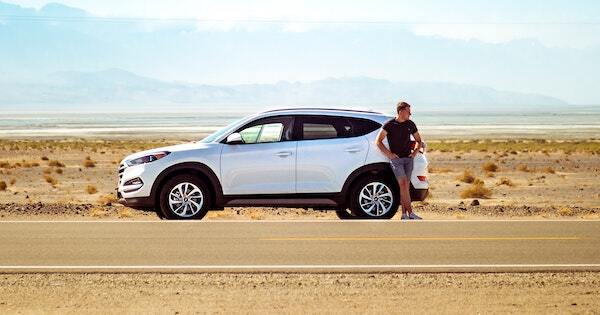 It’s probably pretty obvious that your car comes in contact with a lot of dirt as it cruises from one place to the next. If you go too long between car washes, you’ll get a chance to see that dirt build up on your vehicle’s exterior.

Your car also encounters tiny rust particles as it travels down the street. The fuel injectors that keep modern engines running feature close-fitting parts that are susceptible to clogging. If these parts become choked with grime and rust particles, it can affect your car’s engine performance and gas mileage.

That’s where a fuel filter comes in. This component keeps dirt and rust particles out of the engine. In doing so, it helps prevent buildup that can ultimately diminish engine performance and fuel efficiency.

The following four signs may indicate that there’s a problem with your car’s fuel filter:

What to Do When You Have a Bad Fuel Filter

If there’s a problem with a car’s fuel filter, DIYers can easily replace the part themselves. But keep in mind that this can be somewhat complicated. You’ll need to disable the fuel pump, and this may require special tools.

For many, it will make more sense to take the car to a local NAPA AutoCare center. A service technician will be able to diagnose the issue properly and provide the necessary replacement or repairs.

The fuel filter plays a key part in the health of your car’s engine. If you’re experiencing any of these symptoms, it’s important to deal with the issue promptly to optimize fuel economy and give your car’s engine the support it needs to function at its best.

Check out all the fuel filters available on NAPA Online or trust one of our 17,000 NAPA AutoCare locations for routine maintenance and repairs. For more information on fuel filters, chat with a knowledgeable expert at your local NAPA AUTO PARTS store.