If you’re a car lover, you’re probably also a fan of car TV shows. With the wealth of streaming content available these days, there’s no shortage of options from which to choose. Whether you’re interested in classic cars, high-performance speed machines or rebuilding and restoring old warhorses to their former glory, gather round the TV, sit back, and relax, because there’s a car TV show for you.

Here are four great car TV shows to check out.

Top Gear is the standard against which many car-themed TV shows are judged. The show began in its current format in 2002 as a relaunched version of a 1977 TV show with the same name. Though it’s based in Britain and produced by the BBC, Top Gear is broadcast internationally across Europe, North America and Asia. In addition to the original British version, international versions of Top Gear are also offered, featuring local production teams and presenters.

The British version of Top Gear has had many presenters over the years, including Chris Evans, Jeremy Clarkson, Richard Hammond, James May and Matt LeBlanc.

Top Gear has a diverse format that has included such elements as:

It’s a must-see for people who love car-themed entertainment. 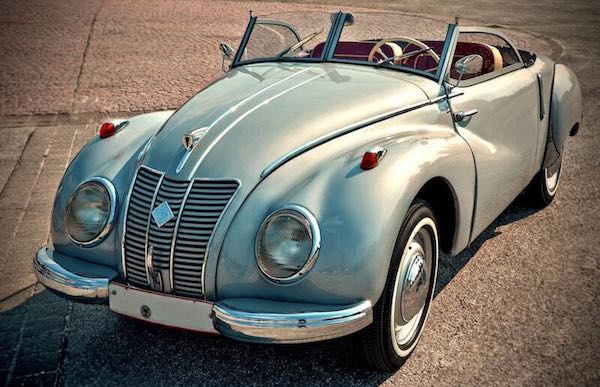 If you like to ogle vintage cars from bygone eras, Chasing Classic Cars is the show for you. Hosted by Wayne Carini, the series premiered in 2008, and it airs on the Discovery Channel. The show follows Carini as he seeks out classic cars from all eras with the aim of getting them running, restoring them and possibly selling them.

There are lots of rarities on display here. Many of the cars spotlighted in the show are forgotten models that have all but left the roads and haven’t been seen publicly for several decades. Even seasoned auto enthusiasts may see something old for the first time here.

It’s great fun to watch something dingy and tired get transformed into something new and beautiful. That’s what draws people to makeover shows and home renovation programming, and it’s also what draws them to shows involving car restoration. Produced by Motortrend, Graveyard Carz is an American automotive reality TV show that focuses on restoring Mopar muscle cars from the 1960s and 1970s.

This show got its start back in 2012, and the cast is made up of people who actually work as automotive technicians. Each season focuses on a single restoration. For example, Season One looks at the restoration of a 1971 Phantom ‘Cuda.

If you want to learn more about car maintenance, Motorz will be right up your alley. This TV series airs on networks such as YouTube, Amazon Video and The Auto Channel, and it’s hosted by Chris Duke.

Motorz premiered on the internet back in 2008, and it made its TV debut in 2010. Each episode features segments that cover:

This show is a great resource for car owners who want to learn more about the DIY side of things.

Whether you’re looking for information or pure entertainment, these car shows have you covered.

Check out all the automotive maintenance products available on NAPA Online, or trust one of our 17,000 NAPA AutoCare locations for routine maintenance and repairs. For more information on automotive shows and resources, chat with a knowledgeable expert at your local NAPA AUTO PARTS store.