The best car stunts ever recorded on film don’t necessarily involve the most expensive automobiles or the fastest driving. Sometimes they just capture a moment that’s so impressive that you can’t believe it was actually done in real life, instead of using a computer to post-process it into the mix. Let’s count down five of the best car stunts of all time:

Strapping yourself to the hood of a classic Dodge Challenger with only a pair of leather belts and then barreling down the highway at a triple-digit speed sounds dangerous. It becomes insanity when you throw in a crazed killer in another muscle car — in this case, a Dodge Charger — who’s hell-bent on running you off the road. Yet this is exactly what Zoe Bell did in “Death Proof,” which was directed by Quentin Tarantino. Just try to go more than 10 seconds without cringing when you’re watching this scene.

4. The Mall Chase in “The Blues Brothers”

As far as the best car stunts go, it’s hard to top a pack of police cars chasing the titular heroes through a shopping mall. The action in “The Blues Brothers” starts as Dan Aykroyd and John Belushi burst through the wall of a toy store, and it continues as the Chicago police and the musicians demolish the entire building from the inside out.

In the most recent iteration of the Fast and Furious franchise, the cast members find themselves launching their various rides out of a cargo plane, only to float gracefully to the earth, thanks to enormous parachutes. It might seem like this is exactly the kind of scene where you’d leverage computer-generated imagery, but incredibly, director Justin Lin staged the entire thing using real vehicles — one of which didn’t survive when the chute failed to open.

2. The Astro Spiral Jump in “The Man with the Golden Gun” 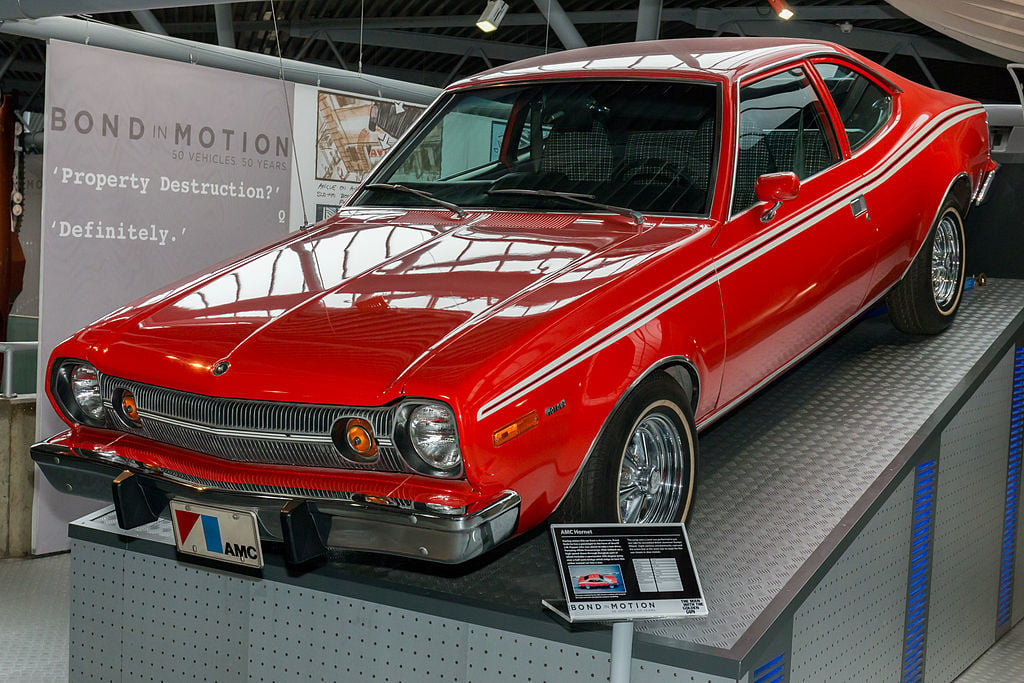 Although the James Bond series offers a number of contenders when it comes to car stunts, one of the most incredible was caught on camera during “The Man With The Golden Gun.” Roger Moore’s Bond aims an AMC Hornet at a spiral ramp and manages to spin the car across the river so perfectly that it lines up with a second crooked landing ramp on the other side. The trick was copied by the All American Hell Drivers show, and it relies on pure physics: no tricks, wires or do-overs, just a professional driver hitting his mark at exactly the right speed.

1. The Parking Garage Scene in “The Fast and the Furious: Tokyo Drift”

It’s hard to top a spiral jump in terms of sheer chutzpah, but “The Fast and the Furious: Tokyo Drift” comes close from a driver skill perspective. The initial battle between the film’s hero and Takashi, aka the “Drift King,” sees the latter take an entire parking garage entrance ramp sideways, drifting with just inches between his Nissan 350Z and the concrete walls on either side. Stunt driver Rhys Millen not only pulled it off once, but he did it again and again so that every angle could be shot.

Check out all the maintenance parts available on NAPA Online or trust one of our 17,000 NAPA AutoCare locations for routine maintenance and repairs. For more information on the best car stunts of all time, chat with a knowledgeable expert at your local NAPA AUTO PARTS store.