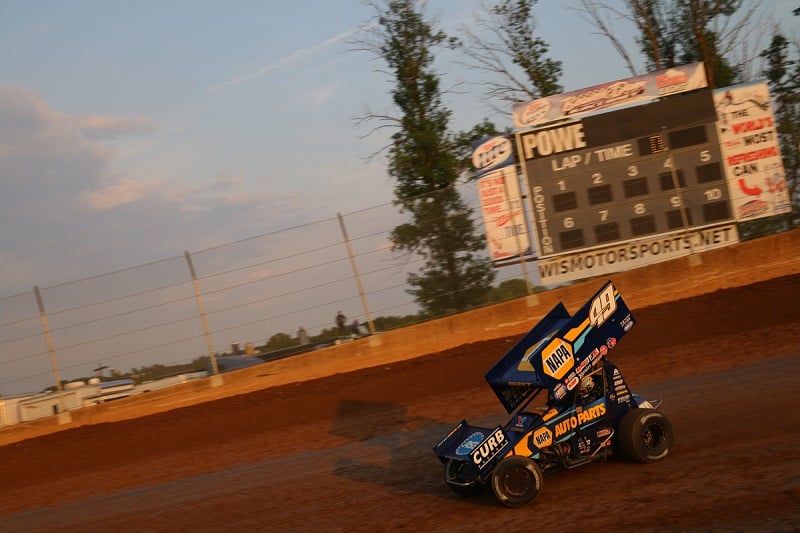 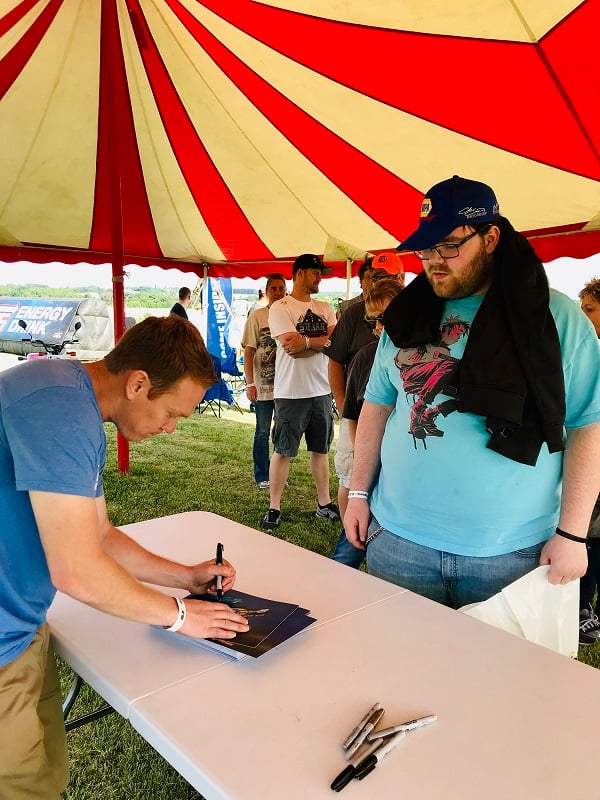 Before cars hit the track, Sweet, along with Kasey Kahne, met with NAPA guests in a private meet-and-greet in their hospitality area located off turn four. Guests also received a private pit and hauler tour prior to the heat races.

With 27 cars signed in for the event at Beaver Dam, Sweet was the eighth-fastest car when the dust settled after qualifying.

The No. 49 machine went on to start third in its heat. With a second-place finish, the team earned a spot in the DirtVision Fast Pass Dash, which sets the first three rows of the feature, based on the number of cars competing that evening. 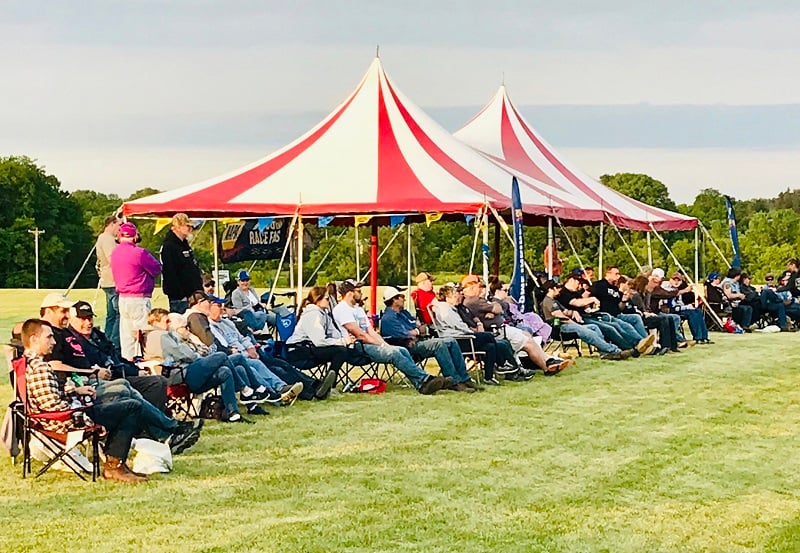 In a quick, eight-lap Dash, Sweet finished second, putting the Grass Valley, Calif., native on the outside of the front row for the start of the 40-lap feature.

When the green flag flew for the $20,000-to-win feature event, Sweet settled into the second position where he stayed until he grabbed the lead away from Shane Stewart on lap three. From that point on, the No. 49 NAPA AUTO PARTS car set sail, extending his lead to almost four seconds before the caution fell on lap 17. 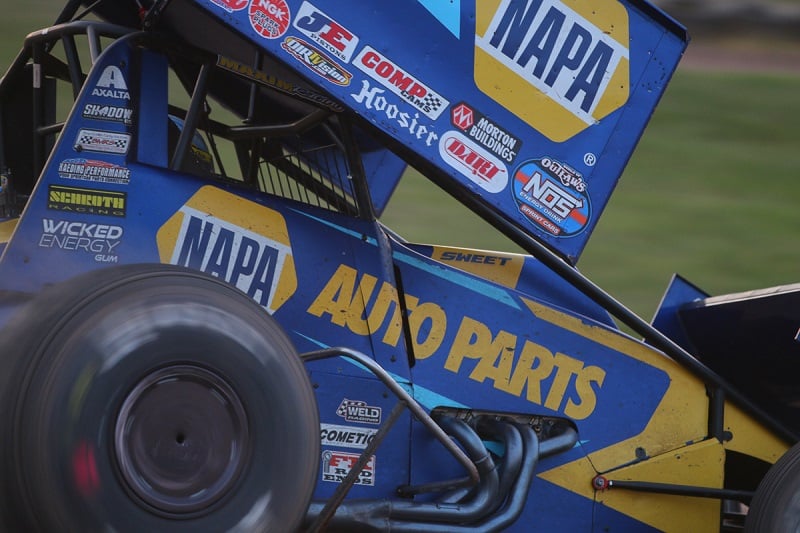 Sweet was able to hold onto the lead on the ensuing restart for the remainder of the race and went on to earn his series-leading fifth win of the 2019 campaign. 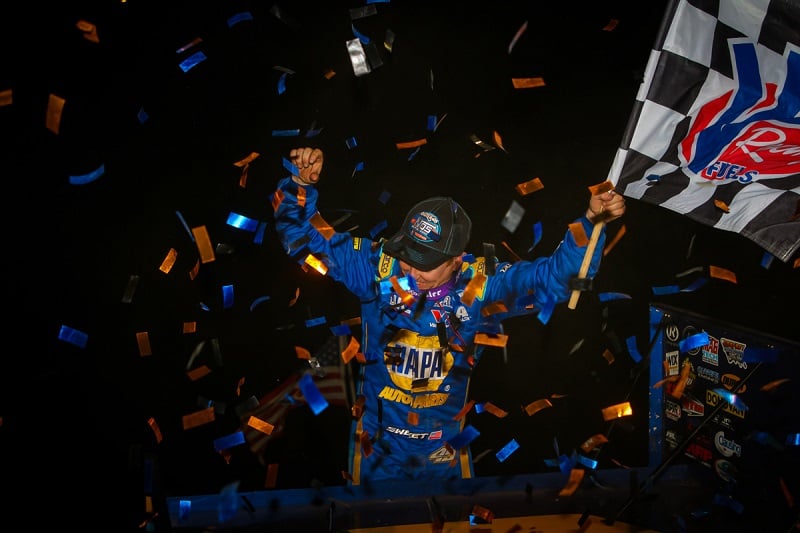 “I’m just happy we’re clicking wins off and have a little bit of momentum on our side,” Sweet said in victory lane after claiming his 39th career Series victory. “It’s not a bad thing ever, toward the end of June, to have the most wins. But I’ve been there before. I’ll keep saying it over and over and over, these next few months, July, August and in even September, those are the months that are going to make or break the season.”

The series was scheduled to visit Dubuque Speedway in Dubuque, Iowa, for the first time on Sunday, June 23, but Mother Nature had other plans, with heavy rains forcing officials to cancel the race. A make-up date has not yet been announced. 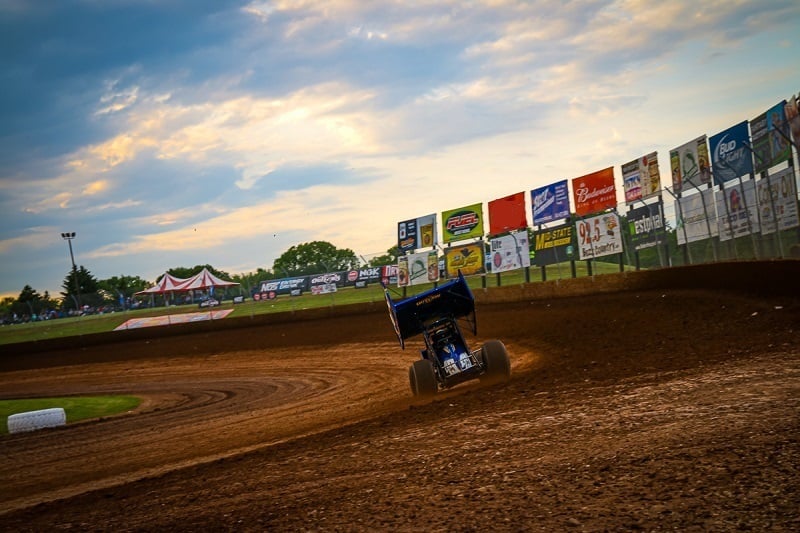 Up next for the “Greatest Show on Dirt” is the Jackson Nationals in Jackson, Minn., June 27-29.

Next Race: June 27-29, Jackson Nationals, Jackson, Minn.
How to Watch or Listen: www.dirtvision.com