Sprint cars are some of the most entertaining racers in the country. These small, aggressively winged warriors combine ultralight weight with a huge amount of horsepower and are set loose on challenging dirt ovals in roaring packs of wheel-to-wheel action.

How did these cars come about, and how have they remained an enduring force in grassroots racing? Let’s take a look at the history of sprint racing and the cars that make it so popular.

The beginnings of sprint car racing can be traced back to before World War I, when racers hit the dirt at a flat horse track on the Indiana State Fairgrounds. The original teardrop-shaped models were more closely related to the Indy cars that would follow than to modern sprint cars, which have more aerodynamics. 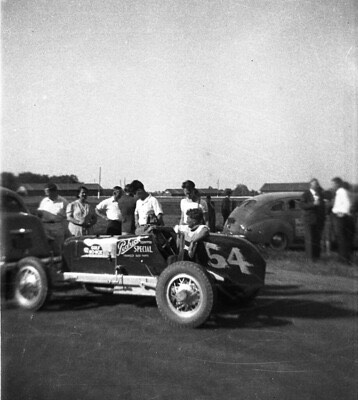 By the late 1940s, sprints would come to occupy a middle tier of racing in between Indy and midget cars and would find a home on half-mile dirt ovals across the country. These sleeker, traditional sprints are still being run today, albeit with a lower top speed and different mechanical setups to reflect their lack of downforce.

Winged sprint cars were first introduced at the end of the 1950s, when engines were transitioning from four-cylinder units to flathead V8s. They then moved to the small block Chevy engines that would eventually serve as the standard for the platform.

The wings on sprint car racers not only raised speeds on the popular banked-dirt ovals, but they also made them much safer by reducing rollovers and providing an extra barrier between the driver and the impact point in an accident. It wasn’t long before sprint cars featured sideboard-bearing wings on the top and front as well.

As time went on, they only got faster with high-quality performance parts. Today, with tube frames, a short wheelbase, solid axles and a methanol-burning engine delivering over 800 horsepower, sprint car racers top Formula One cars with their power-to-weight ratio. This makes them more than a handful to drive quickly, which is why their pilots are some of the most skilled in racing.

Sprint cars got a major profile boost in 1978 with the creation of the World of Outlaws Series, which offered a national promotional structure for what had been a rural, and regional, form of motor sports. Today, the fastest and most advanced sprint car racers compete in World of Outlaws, but there are similar organizations around the world, as well as numerous winged and non-winged car series sanctioned by the United States Auto Club.

Check out all the performance parts available on NAPA Online or trust one of our 17,000 NAPA AutoCare locations for routine maintenance and repairs. For more information on performance parts, chat with a knowledgeable expert at your local NAPA AUTO PARTS store.