Solid Serpentine Alternator Pulleys and Automatic Belt Tensioners were first utilized by Original Equipment Manufacturers (OEMs) in 1979. Their sole purpose was to transmit power to the alternator using one belt and tensioner eliminating the need for multiple V-Belts within the Accessory Belt Drive System (ABDS).

Solid Alternator PulleySince that time, OEs have further enhanced alternator pulley technology with the introduction of One-Way Clutch (OWC) Pulleys and Overrunning Alternator Decoupler (OAD) Pulleys. Both of these advancements are the culmination of years of research and development to help improve the performance and efficiency of car and light truck engines.

OWC’s were first used in 1997 followed by the OAD in 1999. Today, more and more vehicle manufacturers are recognizing the performance gains achieved with these pulleys and have designed them into their belt drive systems.

OAD’s allow lower system tension which means the alternator, water pump, and other accessory bearings will last much longer.

Used to be the industry standard and has been around for many years. It has evolved from the V type to the V-ribbed type (serpentine belt). Its only purpose is to drive the alternator via the belt. If your alternator has a solid pulley, only replace if damaged, rusted, or worn. 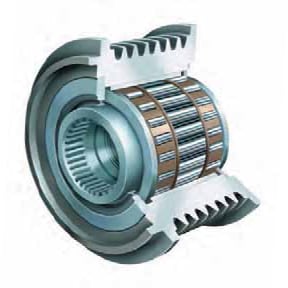 Has a simple one-way clutch inside the pulley. This internal clutch allows the the rotor of the alternator to coast to a a stop when the engine is shut down. This “overrunning” feature eliminates “chirp” sounds that occur when the engine decelerates quickly, causing the belt to slip (engine shut down or transmission shifting). 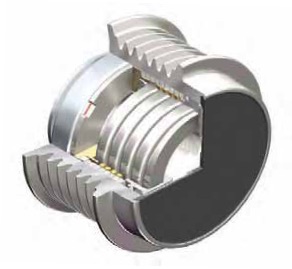 Not only has a one-way clutch inside, it also incorporates a torsion spring to absorb energy. The effects of the internal clutch are the same as mentioned above; however, the patented internal torsion spring design is the key to the much higher level of function associated with the OAD. The internal spring is tuned (engine specific) to absorb base engine vibrations (cylinder firing pulses) before they reach the alternator rotor and negatively affect the accessory drive. With the OAD installed you will see much less tensioner motion, reduced noise, vibration, and harshness and an all around more robust accessory drive.

(Note: Never use a Solid or One-Way Clutch Pulley on a vehicle designed with an OAD Pulley. Downgrading will compromise performance and will lead to Accessory Belt Drive System problems including eminent, premature failure of the Serpentine Belt and Tensioner. For the Original Equipment Parts, NAPA Belts/Hose OAD Pulleys are the only sure way to go.)

Check out all the electrical system products available on NAPA Online or trust one of our 17,000 NAPA AutoCare locations for routine maintenance and repairs. For more information on the alternator pulley in your car, chat with a knowledgeable expert at your local NAPA AUTO PARTS store.