An auto braking system is among the top driver-assist technologies of our day. Offered in many new vehicles, such innovation is designed to automatically slow or stop your vehicle if you do not react quickly enough. The technology is credited for preventing accidents and saving lives. But not all systems operate in the same way nor does every new model offer the technology, at least not yet.

Officially known as automatic emergency braking (AEB) systems, this technology detects an imminent forward crash with another vehicle and applies the brakes after first alerting the driver. Depending on the system present, the vehicle may either automatically slow down or stop, by utilizing a combination of sensors, radar, video and infrared to scour the road ahead for possible objects. 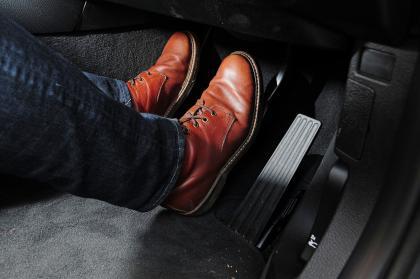 Some manufacturers utilize both types of AEBs, which work together to send data to the car’s computer to determine how best to respond. A few systems go even further, by evaluating road conditions, such as rain and snow, then immediately determining the best action, such as applying the brakes slowly.

Automatic braking may kick in at low speeds, such as under 19 mph, or at full speeds, including above 65 mph. The difference depends on how the system was designed for a particular model. As you might guess, the latter system is more complex and expensive.

Where to Find Them

Whether you’re buying a new or used car, you’ll want to know if it comes with an AEB system. Typically, such systems are listed prominently on the vehicle’s Monroney (display sticker), in the owner’s manual or featured in other supporting documentation.

Most systems incur an extra charge or may be bundled with another package or trim level. Regardless, you’ll pay for the technology, but you should also qualify for an insurance break. Check with your auto insurer to confirm.

The auto industry is moving toward including auto braking systems on all new cars. In fact, by 2022, the federal government will mandate that all passenger vehicles produced from that point forward include forward-collision warning with automatic braking.

In the meantime, automakers are receiving early encouragement to make the upgrades now by the independent Insurance Institute for Highway Safety (IIHS). The IIHS assigns crashworthiness scores to individual models, ratings that can impact consumer buying decisions. One of the ways manufacturers achieve a top score is by offering an auto braking system on a particular model. You can visit the IIHS site to see how any car is rated.

Emergency braking technology is a driver-assist feature and is not a substitute for driver awareness. Your responsibility for the safe control of your vehicle does not end when these features are active.

Check out all the brake system products available on NAPA Online or trust one of our 17,000 NAPA AutoCare locations for routine maintenance and repairs. For more information on auto braking systems, chat with a knowledgeable expert at your local NAPA AUTO PARTS store.

NAPA Know How Blog What Is an Auto Braking System?