LEXINGTON, OHIO — Alexander Rossi will continue to call Andretti Autosport home after extending his tenure with the team on a multi-year agreement. The championship contender will return in 2020 and beyond to pilot the No. 27 Honda Indy car, with primary sponsorship divided between long-time team partners NAPA AUTO PARTS and AutoNation.

“We’ve been working hard on this, and I’m happy to see everything come together,” said Andretti Autosport Chairman and CEO, Michael Andretti. “Since 2016, we’ve built a strong relationship with NAPA AUTO PARTS – they’re such a natural fit for the series, Alexander and for the team and we’re pleased to be able to continue working with them into 2020 and beyond. We first met AutoNation through Ryan Hunter-Reay – and we can’t thank Ryan enough for his support and efforts in helping the continued growth of that relationship. It’s been exciting to see AutoNation grow within the sport, and to see them now welcome Alexander to their family is just great.”

NAPA AUTO PARTS first appeared as a partner with the Andretti Autosport team in 2016 for the 100th Running of the Indianapolis 500 where Rossi drove his NAPA Racing machine to victory lane. Headquartered in Atlanta, NAPA AUTO PARTS will paint the No. 27 racing machine at nine races, including the 104th Running of the Indianapolis 500 and for the championship run up to the season finale at WeatherTech Raceway Laguna Seca. 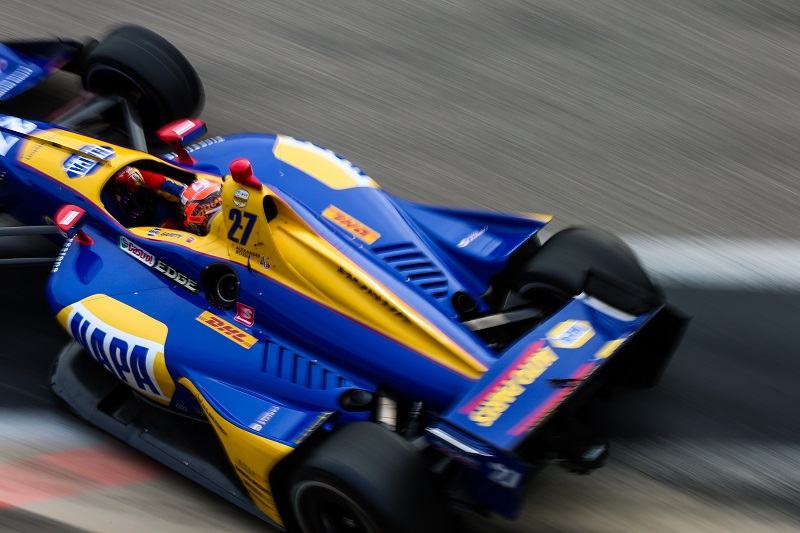 “We are pleased to announce our extension with Andretti Autosport and Alexander Rossi,” stated Gaylord Spencer, NAPA Senior Vice President – Marketing. “Since our initial partnership back in May of 2016, when NAPA was fortunate enough to ride along to a historic win at the 100th Running of the Indy 500, the team at Andretti Autosport and Alexander have continued to represent us well both on and off the track. Alexander brings a unique style to IndyCar that resonates well with many loyal fans of Indy car racing. NAPA is honored to play a small part in keeping this winning combination together for many years to come.”

AutoNation, America’s largest automotive retailer, has been a long-time partner with the championship winning team providing associate support for Ryan Hunter-Reay and Marco Andretti and made their IndyCar Series primary sponsorship debut at the 2017 Indianapolis 500. The past two seasons, AutoNation’s DRVPNK campaign decorated Marco Andretti’s race car for the doubleheader event in Detroit. The NTT IndyCar Series circuit will see an AutoNation livery featured at seven events including the Firestone Grand Prix of St. Petersburg and the INDYCAR Grand Prix at Indianapolis Motor Speedway, as well as the Detroit Grand Prix.

“Alexander is a great addition to the AutoNation Team,” said Marc Cannon, Executive Vice President and Chief Marketing Officer for AutoNation. “We look forward to a very successful run for the No. 27 AutoNation / NAPA AUTO PARTS Honda. AutoNation continues to partner with great drivers and co-sponsors; 2020 is going to be a memorable IndyCar season.” 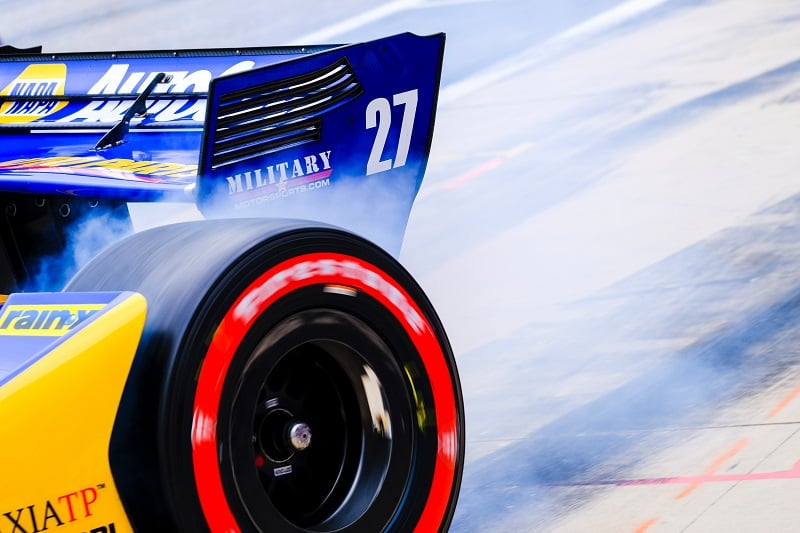 “It feels good to continue with Andretti Autosport,” said Rossi. “Over the past four years, we’ve built a very strong team with great chemistry and I believe that we have the tools necessary to win races and championships. I’m looking forward to not just calling this my team, but my home in the IndyCar Series. Michael [Andretti], J-F [Thormann], Doug [Bresnahan] and the entire team have been working very hard to put all the pieces of this deal together and it’s definitely a relief to have the future settled and be able to focus on the championship fight ahead of us.

“It’s fantastic to have NAPA AUTO PARTS, AutoNation and Honda supporting the 27 program. I’ve had the pleasure of developing a great relationship with both NAPA and Honda and couldn’t imagine not having them in my corner. AutoNation has always had a strong partnership with the team through Ryan [Hunter-Reay] and I’m looking forward to the opportunity to represent the Drive Pink campaign and getting to know the AutoNation team better.”

The Andretti Autosport team will also continue to drive under Honda Power in 2020 as part of a multi-year extension. Together, Andretti Autosport and Honda Performance Development have captured three championships and five Indianapolis 500 wins. In addition, the team has collected 55 Indy car wins with Honda power. In 2018, Honda won the NTT IndyCar Series manufacturers championship with 11 wins in 17 races. Honda currently leads Chevrolet in a tight battle for the 2019 championship – Honda with 976 points and Chevrolet with 930.

“We have a longstanding relationship of success with Honda and we’re happy to continue to build accolades together” continued Andretti. “All five of our Indy 500 wins have come under Honda power, and I’m looking forward to working with the entire HPD team to add to that count.”

“This is an important moment for Honda Performance Development,” said Ted Klaus, President, Honda Performance Development. “Andretti Autosport is unquestionably one of the premier teams in the NTT IndyCar Series, and we are gratified to earn their confidence for the foreseeable future. At HPD, our first goal every season is winning the Indianapolis 500, and Andretti Autosport has won more ‘500s’ for Honda than any other team.  That said, HPD is fortunate to work with multiple high-caliber racing organizations.  This commitment from Andretti Autosport strengthens our entire effort, as we move into the next era of Indy car competition.”

With only five races remaining in the NTT IndyCar Series season, Rossi continues his quest to capture his first championship at Mid-Ohio Sports Car Course this weekend. NBC will cover Sunday’s Honda Indy 200 at Mid-Ohio live at 4 p.m. ET.