Oil is the life blood of any engine, but there are wide variety of oils to pick from on the market. Choose a synthetic motor oil and your engine will enjoy multiple benefits, including improved viscosity performance under extreme temperatures, resistance to oxidation and thermal breakdown, as well as avoiding some oil sludge issues. That said, what is synthetic oil and how is synthetic oil made? Let’s examine the process and help you determine the right oil for your car. 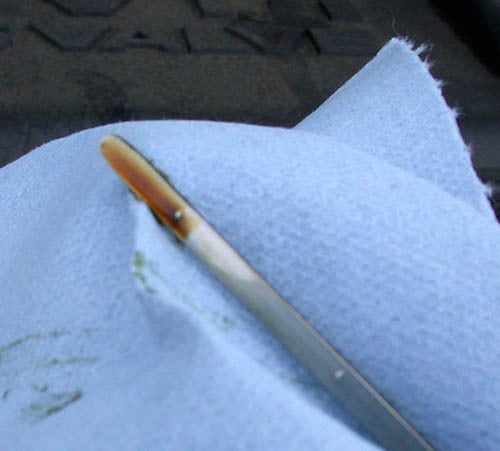 In the late 1800s John Ellis discovered a way to convert crude oil into an effective lubricant that could withstand high temperatures. Machines like steam engines needed lubricants that could take the heat. Up until then it was not uncommon for people to use plant oil, animal fat, along with simple petroleum as a lubricant for machinery. Later in 1919 the American Petroleum Institute (API) began developing a list of standards by which oil could be defined. These standards included things like oil performance level, oil viscosity grade, classifications, and formulations.

Some of the first API rated synthetic motor oils for internal combustion engines were introduced in 1970s. Since then, most major oil manufacturers have jumped in with their own synthetics. Today, consumers have their choice of conventional, synthetic-blend, and synthetic motor oils, although not all oils are the same.

How Synthetic Oil Is Made

So what is in synthetic oil? Synthetic oil is made in the lab, thus each manufacturer takes different approaches. No manufacturer is about to share proprietary information about the process, but we can deduce certain facts about development without sounding like a chemistry professor in the process.

Full synthetic, or 100 percent synthetic oils, are usually extracted from crude oil or a byproduct of the same. In the case of Pennzoil, they have figured out how extract synthetic oil from natural gas. Natural gas doesn’t have nearly as many impurities as crude oil which makes it a great starting place. The natural gas is broken down and run through a series of processes that remake the molecules into what will become synthetic oil stock.

Just like conventional oil, synthetic engine oil is refined but the process is more complicated than traditional crude oil refining. From there, the differences become apparent as synthetic motor oil is distilled and purified, before it is reduced to its basic molecules. The process extracts more impurities than what is found in conventional oils while enabling individual molecules to be customized to work with today’s sophisticated machinery. Synthetic oil has gone through additional chemically engineered processes, so the molecules are more uniform in shape with fewer impurities. One could make the analogy that conventional oil is like rocks (varying molecules with many impurities) and synthetic oil is like marbles (uniform molecules with few impurities).

In general, synthetic oil has better high and low temperature performance, and synthetic motor oils are usually formulated with higher performing additives. There is still a performance difference amongst different synthetics. For example, synthetic oil that is made from natural gas, via a gas-to-liquids (GTL) process, has even better high temperature oxidation stability and lower volatility, which is critical for both low viscosity and high performance motor oils. The ability to withstand extreme temperatures while still retaining necessary lubrications properties is one reason why many jet engines require synthetic oil.

Picking Motor Oil for Your Car

What’s the best synthetic oil for cars, trucks or SUVs? That answer is straightforward. Choose a full synthetic motor oil that meets the viscosity grade and engine oil specification listed in your vehicle owner’s manual. Synthetics provide better engine protection, and 7 in 10 new cars are factory filled with synthetic motor oil, as of 2016. Modern engines run hotter and are expected to perform at higher levels than ever, making synthetic motor oil a good choice.

Although your manufacturer may not specifically recommend synthetic oil, keep in mind that synthetic motor oil provides the best performance at both cold and hot temperatures. This is especially important for modern fuel economic engines as well as high performance engines with turbochargers and/or direct injection. For example, because Pennzoil Synthetics are made from natural gas instead of crude oil, they have better high temperature performance and provide complete engine protection for both modern fuel economic engines and high performance engines.

Check out all the different types of motor oil available on NAPAOnline or trust one of our 17,000 NAPA AutoCare locations for routine maintenance and repairs. For more information on how synthetic oil is made and picking the right synthetic oil for your vehicle, chat with a knowledgeable expert at your local NAPA Auto Parts store.

One thought on “How is Synthetic Oil Made?” Leave a comment ›

NAPA Know How Blog How is Synthetic Oil Made?