After a successful trip with the World of Outlaws series to Eldora Speedway, Brad Sweet and the No. 49 NAPA AUTO PARTS team trucked east to Pennsylvania for a four-race week. Sweet picked up another podium finish at Lernerville Speedway, crashed out of the feature at Lincoln Speedway and finished in the top ten–in a backup car–at Williams Grove.

The first stop, Lernerville Speedway in Sarver, Pa., drew 36 cars for the Tuesday show with the World of Outlaws. The NAPA AUTO PARTS team timed in fourth-quick, placing Sweet on the pole in heat four. Sweet jumped out to the early lead in the eight-lap heat race, won his heat and secured a spot in the night’s dash. A number four was drawn for the starting spot for the No. 49 team in the six-lap dash. Sweet gained one position in the dash to start the 40-lap feature in third. 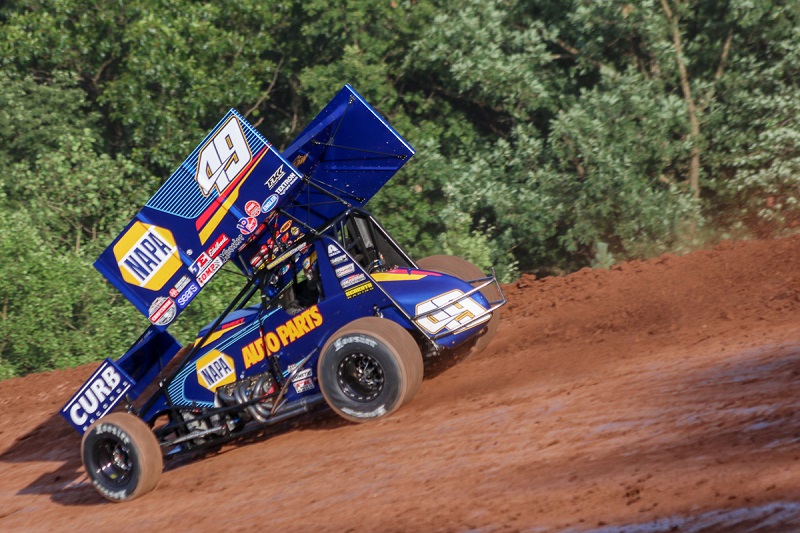 In the first 25 laps, Sweet fell back to fourth and stayed there until he encountered lapped traffic. He used it to his advantage, moving into second. With time running out and laps drifting away, the No. 49 team was able to advance to the runner up position by the finish. 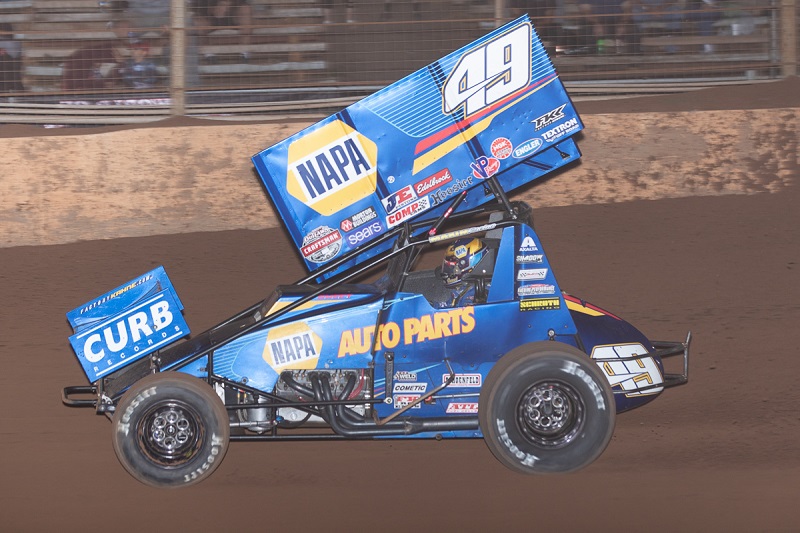 Heading further into Pennsylvania, the NAPA AUTO PARTS team arrived at Lincoln Speedway in Abbottstown, Pa., for a make-up show that was rained out earlier in the year. With 34 cars signed into the World of Outlaws event, Sweet showed speed early and set quick time overall. Starting on the pole of heat race one, Sweet proved the No. 49 car had serious speed by winning the eight-lap race by 2.992 seconds. The NAPA AUTO PARTS team went on to the dash, where Sweet started sixth. With six laps to make something happen, Sweet gained one spot to finish in the fifth position. 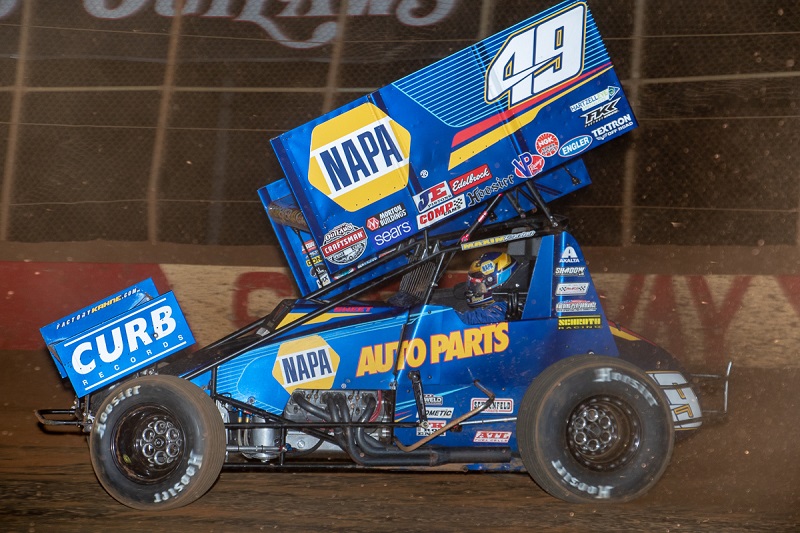 The green flag waved on the 35-lap feature. With 15 laps complete, Sweet was in the fourth spot and all over the third and second place cars. Unfortunately, on lap 26, the third-place car spun, giving the NAPA AUTO PARTS car nowhere to go. Sweet was caught up in the wreck, and the No. 49 team was unable to fix the damage and send him back out. Sweet was relegated to a 27th-place finish.

With the primary car destroyed, the NAPA AUTO PARTS team brought down the backup car and worked into the early morning to get it ready.

The next stop at Williams Grove Speedway in Mechanicsburg, Pa., drew 31 cars for the World of Outlaws event. Sweet went out first in the qualifying order, ending up in the ninth position. This lined the No. 49 team up in the third starting position of the third heat race; Sweet finished third.

The NAPA AUTO PARTS team started the 25-lap A Main in the ninth position. Passing proved extremely difficult, and Sweet and the No. 49 team finished eighth. 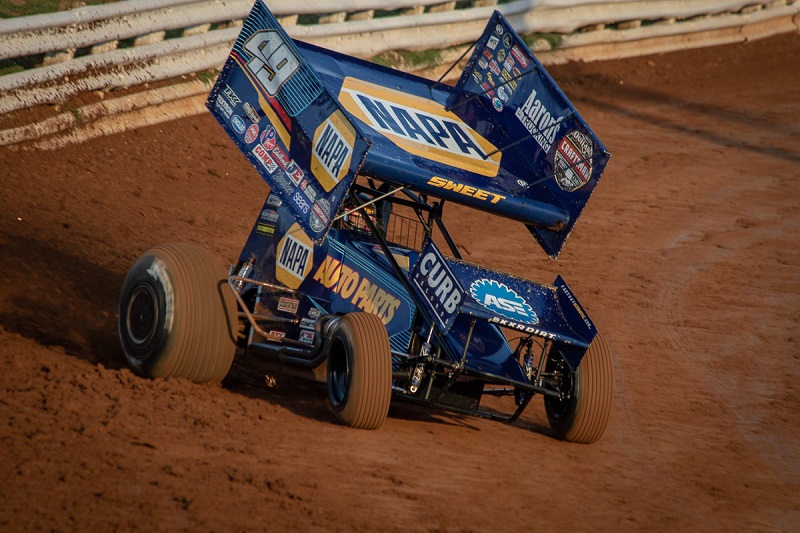 The Saturday portion of the World of Outlaws event at Williams Grove Speedway was rained out and was not rescheduled.

The World of Outlaws continues its 40th Anniversary Season and Month of Money with an exciting slate of three races in five days through New York. The Series will make its inaugural visit to Airborne Park Speedway on Wednesday, July 25, before heading to Ransomville Speedway on Friday, July 27, and concluding the weekend at the Empire State Challenge at Weedsport Speedway on Sunday, July 29.