Chase Elliott and the No. 9 NAPA AUTO PARTS team had a strong showing at New Hampshire Motor Speedway, leading 23 laps and collecting their first stage win of the season en route to a fifth-place finish.

After a rain delay that spanned more than three hours, Elliott and the NAPA AUTO PARTS team started 10th on Sunday afternoon in the 301-lap event. 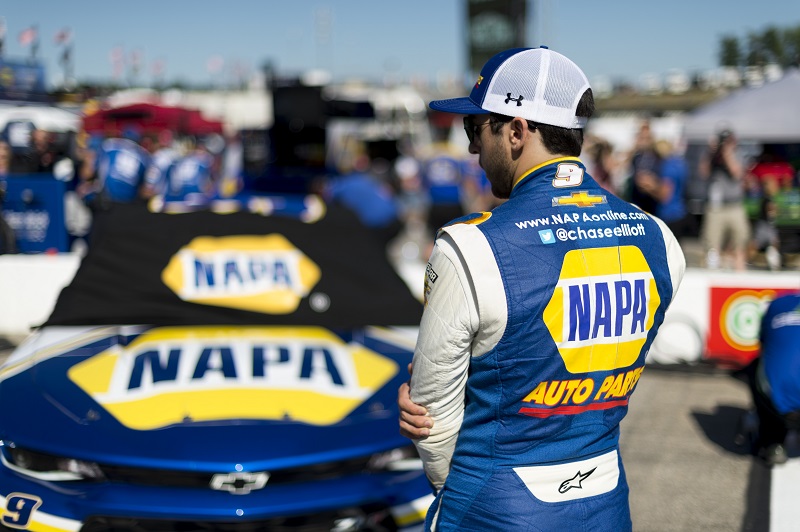 Elliott and the No. 9 team made quick progress through the field in Stage 1. During the first few cautions of the race, Elliott radioed to crew chief Alan Gustafson that his car “felt good” and was “super grippy.” From Lap 50 to Lap 75, Elliott methodically worked his way from sixth to finish the first stage in second, earning nine stage points.

During Stage 2, the 22-year-old driver moved from second to assume the lead on Lap 132, passing the No. 78. Elliott went on to win Stage 2, his first stage win of the season, and earned a playoff point for his efforts. The team once again elected to pit during the break, taking four tires and fuel, but did not make any major adjustments. 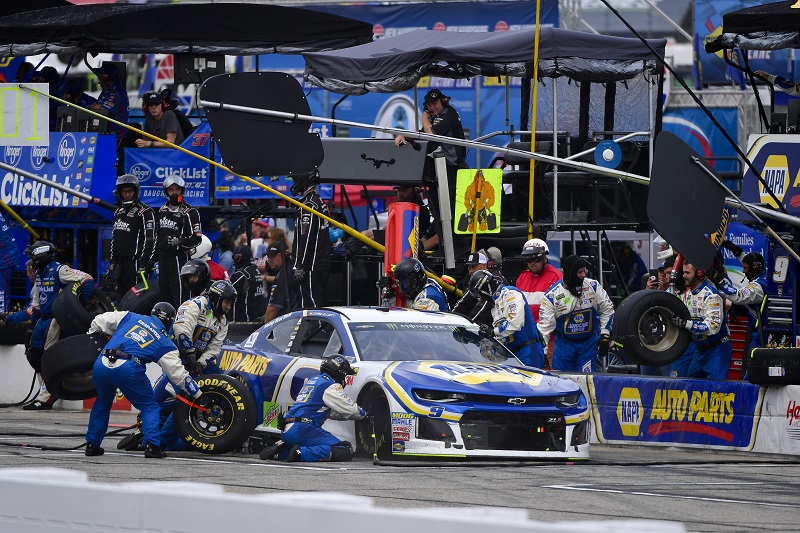 Elliott contended with a few cars that found more speed on the track during the final 150 laps of the race. He steadily raced inside the top five, maintaining his position twice when competitors challenged him for fifth. Elliott ultimately took the checkered flag in fifth for his fifth top-five finish of the season. 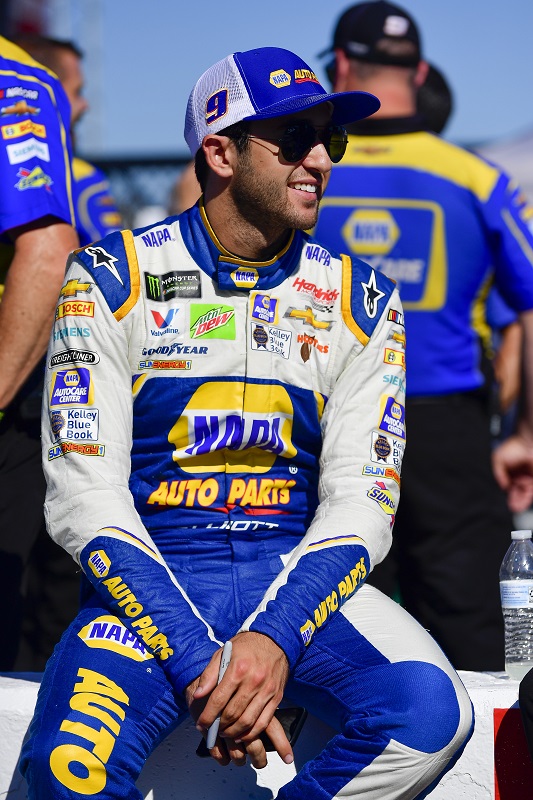