Brad Sweet and the NAPA AUTO PARTS team fought through tough finishes on Friday and Saturday at Williams Grove to retain the series point lead.

The NOS Energy Drink World of Outlaw Sprint Car Series stopped at the famed Williams Grove Speedway in Mechanicsville, Pa., on Friday and Saturday for a two-day event, which paid the winner of the 57th annual “National Open” a cool $65,000 on Saturday night. With only eight races to go in the 2019 season, the series takes on a more traditional Friday and Saturday night schedule through the season finale at The Dirt Track in Charlotte in November. 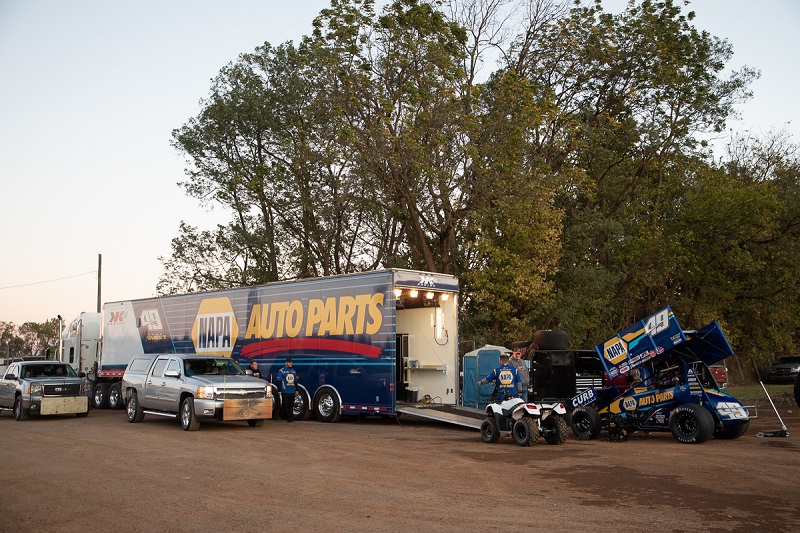 On Friday night, a staggering 53 cars entered the event at the historic half-mile. Qualifying was divided into two groups, and Sweet laid down the tenth-quickest lap in qualifying flight A.

In his heat race, Sweet started on the outside of the second row. Typically, the top-six finishers of the heat transfer to the feature; however, with such a large car count and six heat races on the schedule, the top-three finishers after each eight-lap sprint advanced. Sweet was not able to improve his position as the field quickly spread out, and by way of his fourth-place finish, would have to earn his way to the A-feature through the Last Chance Showdown–a 12-lap heat with the top-six finishers filling the final six starting positions of the feature. 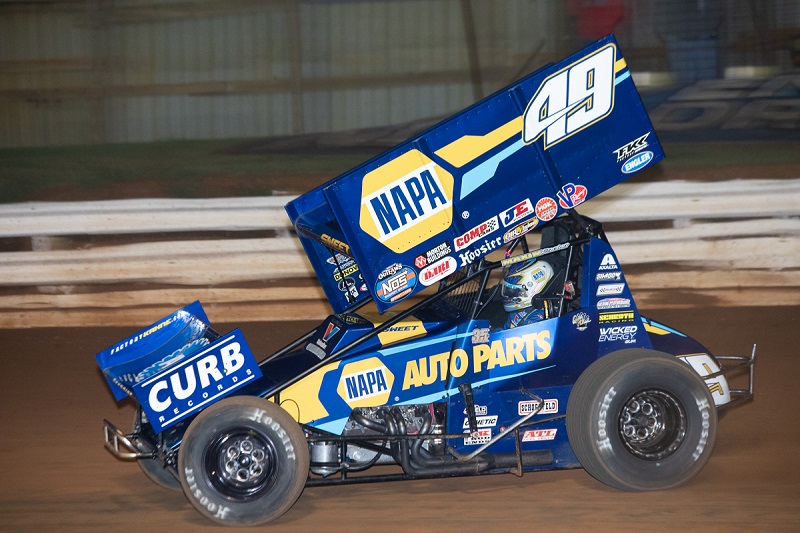 Starting third, Sweet went on to finish second in the Last Chance Showdown, securing the 20th-place starting spot for the 25-lap feature. Starting deep in the field, Sweet quickly moved up to 19th at the drop of the green flag. Just two laps in, the first caution flag of the night flew bunching the field back up for a restart.

Sweet has excelled on restarts all season, and Friday night was no exception. On the ensuing green flag, “The Big Cat” jumped from 19th up to 13th in less than a lap. Sweet worked his way up to 12th before another caution flag flew on lap ten. On the final restart of the night, Sweet remained in the 12th position as the field restarted the race. He slowly worked his way forward, and with the remainder of the race going caution-free, Sweet was able to cross the start-finish line in 10th. 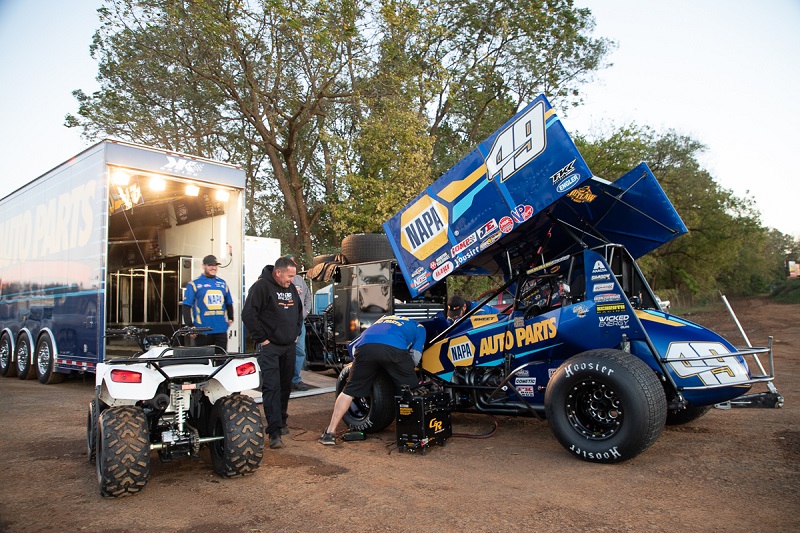 Prepping the Kasey Kahne Racing No. 49 car on Saturday morning, the team looked to rebound from the previous night and went back to the drawing board. With another big car count, qualifying was once again split into two groups, and Sweet went sixth-fastest in flight B.

Starting second in his heat and powering his way to the win, Sweet earned the second starting position in the second Fast Pass Dash, which would set the first six rows of the feature. In a typical WoO event, only one dash is run, but due to the high car count, the format is adjusted slightly. Sweet went on to finish second in his dash, which put him on the outside of the second row for the $65,000-to-win feature. 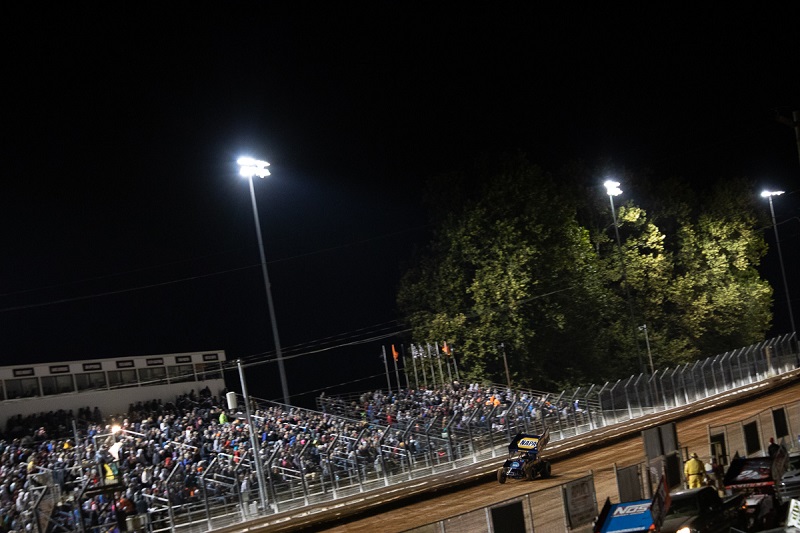 Eyeing another big payday, the NAPA AUTO PARTS team started the feature strong, settling into the third position on the first lap. A quick caution fell on lap three, and on the ensuing restart, Sweet found himself in an intense battle for the fourth position with championship rival Donny Schatz for the next several laps. Another caution fell on lap 14. Still trying to find the speed he needed in his No. 49 machine, Sweet slipped back to the seventh position with the next green flag. The field made only one more lap as two cars got upside down entering turn three, bringing out an Open Red–a red flag period where teams are allowed to work on their cars on the track while cars involved in the incident are towed off the speedway.

The adjustments made on the Kasey Kahne Racing entry proved not to be enough to contend for the win as Sweet remained just inside the top ten for the remainder of the event. He crossed the start-finish line in ninth for his 60th top-ten finish of the season. 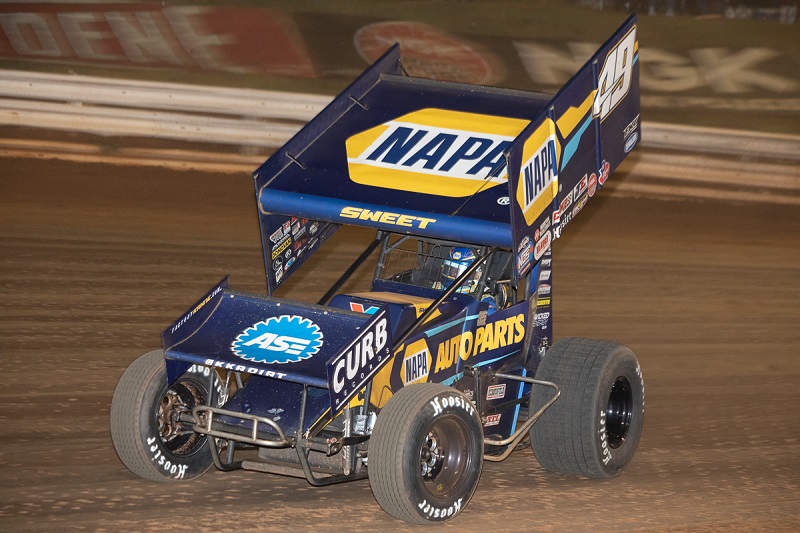 Sweet retained the points lead over Schatz as The Big Cat’s lead was cut to 14. The series returns to action on Saturday, October 12, in Terre Haute, Ind., and Sunday, October 13, at Haubstadt, Ind.