After a lengthy rain delay, Brad Sweet found victory lane at Knoxville Raceway for his fourth win of the season.

Last August, Sweet won the richest and most prestigious sprint car race in the world: The Knoxville Nationals. On Friday and Saturday night, the NOS Energy Drink World of Outlaws Sprint Car Series returned to the famed half-mile oval for the Brownells Big Guns Bash. 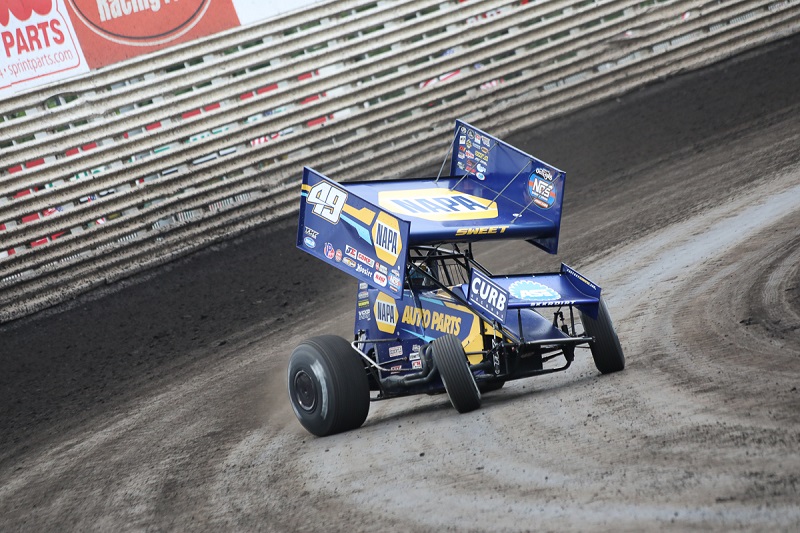 An important weekend for teams to prepare for the Knoxville Nationals in August, Sweet and the Kasey Kahne Racing No. 49 team unloaded on Friday night focused and ready to get to work. With a big, 42-car field, qualifying was split into two groups. Sweet qualified fifth in the second flight of cars and went on to finish second in his heat race.

To start of the 25-lap feature, the NAPA AUTO PARTS team was in the sixth position and hovered in the top five for the entire race. Working the bottom and top of the track, Sweet searched for the most speed out of his blue No. 49 machine and ultimately crossed the line in fifth place. 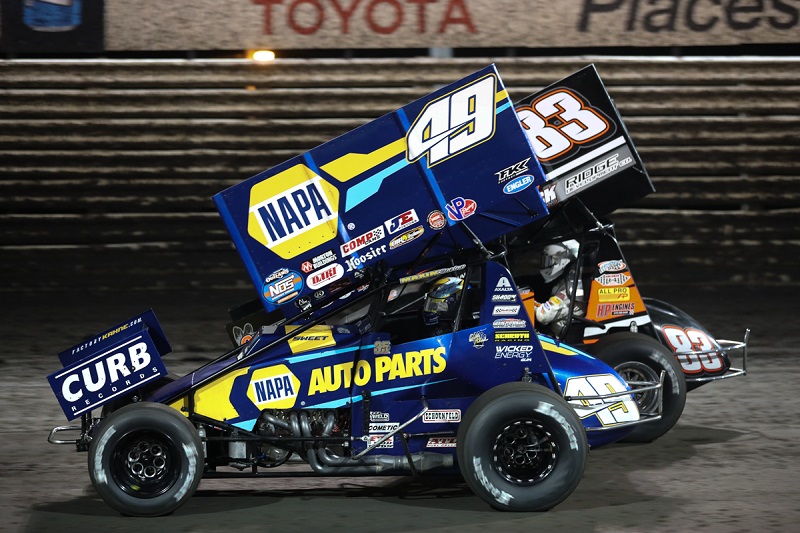 The series returned to Knoxville the following evening under the threat of rain all afternoon. After a lengthy rain delay, officials worked feverishly to prepare the track when the storms finally cleared out. The engine heat and qualifying began at 10 p.m. local time, with heats and the dash following immediately after. 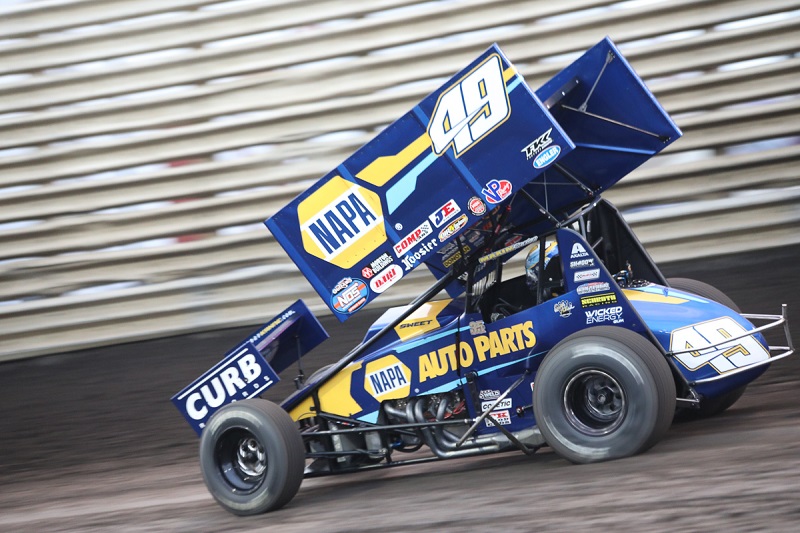 With another big car count, the field was once again split into two qualifying groups. Sweet qualified fifth in the second flight for the second consecutive night. The Grass Valley, Calif., native went on to finish second in his heat after starting second and finished second in the dash after starting fourth. 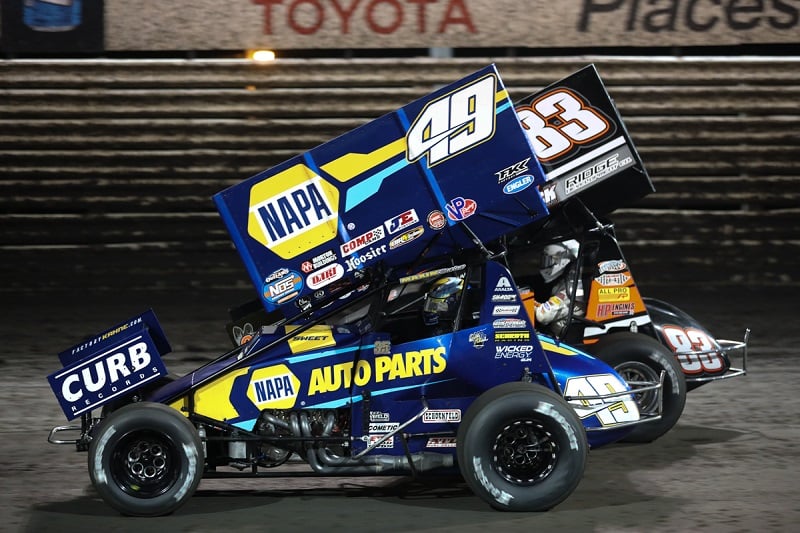 The 25-lap feature began to roll off after 1 a.m. local time. The NAPA AUTO PARTS team started second and settled into third after a caution ten laps into the race. On the ensuing restart, Sweet began to work the low groove – the same line he ran to win the $150,000 prize in the 2018 Knoxville Nationals – and reeled in leader Logan Schuchart. The two competitors swapped the lead in a heated wheel-to-wheel race for the next several laps until Sweet began to pull away with five laps remaining.

Still working the low line, Sweet went on to capture his fourth victory of the season while extending his points lead over Donny Schatz. 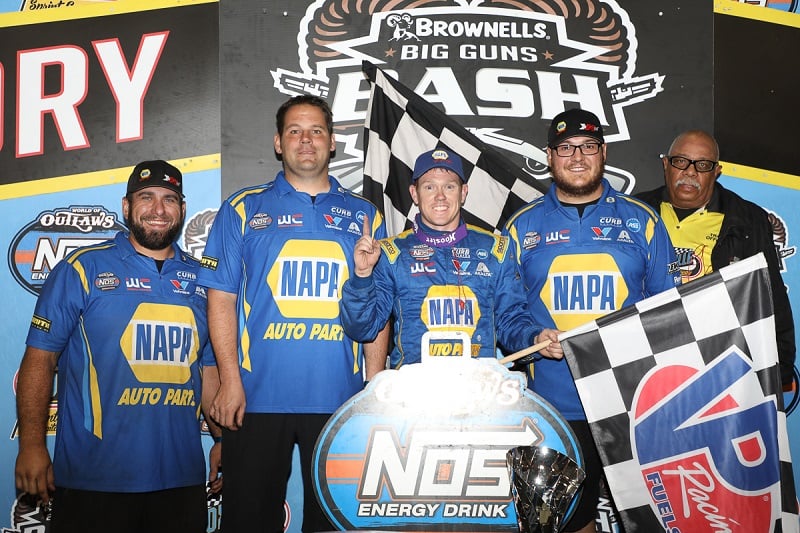 “We live a recluse life out here on the Outlaw tour where you pretty much train yourself to not get out of bed before 10 or 11 (in the morning) because all the work has to be done at night time,” Sweet said in victory lane. “This is pretty normal for us. Once you get in the seat of the race car, it’s just like any other night.”

Sweet’s Knoxville victory is his 38th career Series win and his eighth top-five finish in a row. With tricky track conditions and late nights yet to create any fatigue for Sweet and his Kasey Kahne Racing team, they’re poised to build upon their recent momentum.

“We’ve been on a stretch of good runs, just want to keep it going,” Sweet said.