Brad Sweet closed the gap on World of Outlaws points leader Donny Schatz over the weekend with another string of podium finishes.

The Kasey Kahne Racing NAPA AUTO PARTS team had a busy week with four races in five nights. The No. 49 car driven by Sweet had a successful week, too, finishing in the top five each night, and gaining points on the current points leader.

On Tuesday at Attica Raceway, Sweet struggled in qualifying and a provisional was needed to transfer to the A-main. The team found their groove and Sweet charged through the field to finish fourth after starting in the rear in 25th.

The Outlaws series then visited the famed Eldora Speedway in Rossburg, Ohio. One of the biggest race weekends of the year, the three-day event has some of the highest paying events of the year in front of nearly 18,000 fans.

On Thursday’s “Joker’s Wild” event, the start of the race was delayed nearly three hours due to rain. Once the weather moved through, Sweet had a little luck on his side and started on the pole through a pill-draw for the top spots. Brad eventually finished the race in second, just behind winner Kerry Madsen. 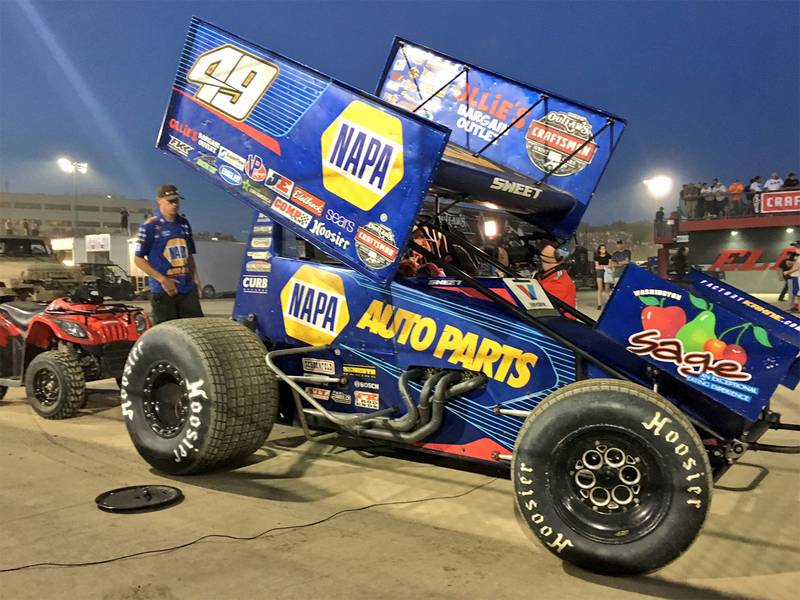 Friday night’s “Knight Before The Kings Royal” Sweet jumped out to an early lead, catching lapped traffic on lap nine but falling back to third where he’d finish.

Saturday night’s $50,000 to win “Kings Royal” is a race Sweet has won in the past, one of the most prestigious on the schedule. In front of a packed house, the NAPA car started second and contended for the lead most of the race. With ten laps to go, the right rear tire on the No. 49 started going flat. Sweet would fall back to third, where he was able to cross the start-finish line.

The “Month of Money” continues with four races in the next week up the east coast.

Next Race: Tuesday July 18th, Lernerville Speedway
How to Watch or Listen: www.dirtvision.com 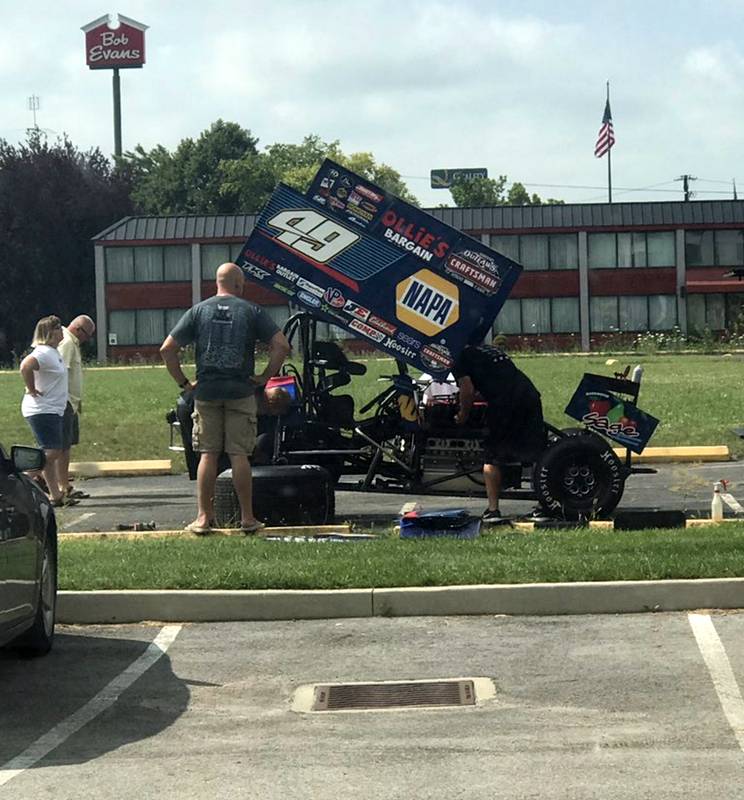