Have you ever been curious about your vehicle’s fuel injection system? It’s something that we take for granted every time we turn the key in the ignition. While fuel injection has changed over the past decade or so as the industry marches toward direct-injection designs, the basics remain the same.

Here’s a look at the most crucial components in your car’s fuel injection system and what role each plays in keeping your engine turning.

The name is so simple and descriptive, but it doesn’t explain where the fuel is being injected or why. Fuel injection systems rely on projecting carefully metered bursts of fuel into the engine’s cylinders, and it’s the fuel injector that’s charged with this task. These components are basically valves that open to spray a fine mist of fuel on command and then close until they are needed again. The longer they stay open, the more fuel they provide. 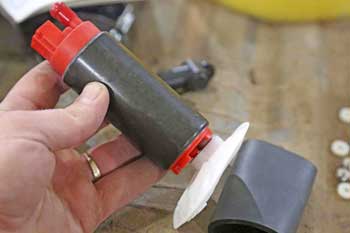 How much fuel your engine needs is linked to how much air is entering the motor via the throttle. In order to know that the throttle valve is open, a fuel injection system needs a sensor to tell it that the valve has been triggered by the gas pedal. The amount of air that’s flowing into the engine is measured by another sensor (mass airflow), so that the motor’s air–fuel ratio is kept within optimal parameters. A further batch of sensors (oxygen sensors) keep an eye on downstream emissions in the exhaust to give the system another peek at the actual air–fuel ratio that’s burning in the motor.

Your car’s ECU, or electronic control unit, is a computer that handles all the calculations required to make use of the sensor data. It decides when to activate the fuel injectors, how long to keep them open and what adjustments have to be made in real time to address driver demands and environmental conditions, such as temperature.

Keeping your engine healthy and efficient means learning how to take care of its various systems and components.

Check out all the fuel & emission system parts available on NAPA Online or trust one of our 17,000 NAPA AutoCare locations for routine maintenance and repairs. For more information on your vehicle’s fuel injection system, chat with a knowledgeable expert at your local NAPA AUTO PARTS store.