Earning their eighth win of 2018 on Saturday at Lernerville Speedway, Brad Sweet and the No. 49 NAPA AUTO PARTS team are coming on strong with only 13 races remaining in the 2018 World of Outlaws Sprint Car Series season.

The No. 49 team was fresh off of the 40+ hour road trip from coast to coast after leaving California to return to North Carolina. First up was the famed Eldora Speedway in Rossburg, Ohio, for Friday night’s action. 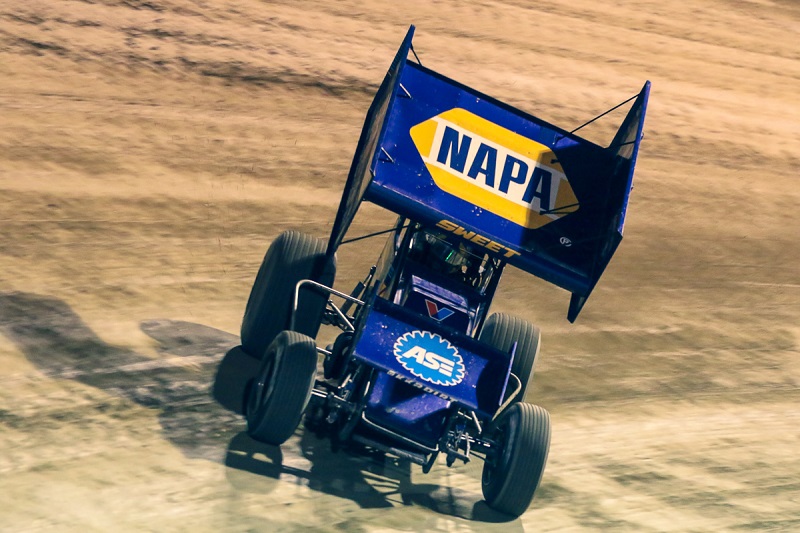 Sweet and his team previously had great success at Eldora back in July, with a second-place finish at the Kings Royal. A great car count of 41 signed in and spilt the field in half. Sweet went out in the second group and finish in the fifth spot. This time would line him up inside the second row of the third heat. Passing was limited during the eight-lap heat, and Sweet found himself in the fourth spot. The feature event was set and the NAPA AUTO PARTS team lined up in the tenth spot. The track prep and the car set up didn’t align, causing Sweet to bounce around between the tenth and 14th positions. Once the checkered flag flew, Sweet finished in the 12th spot. 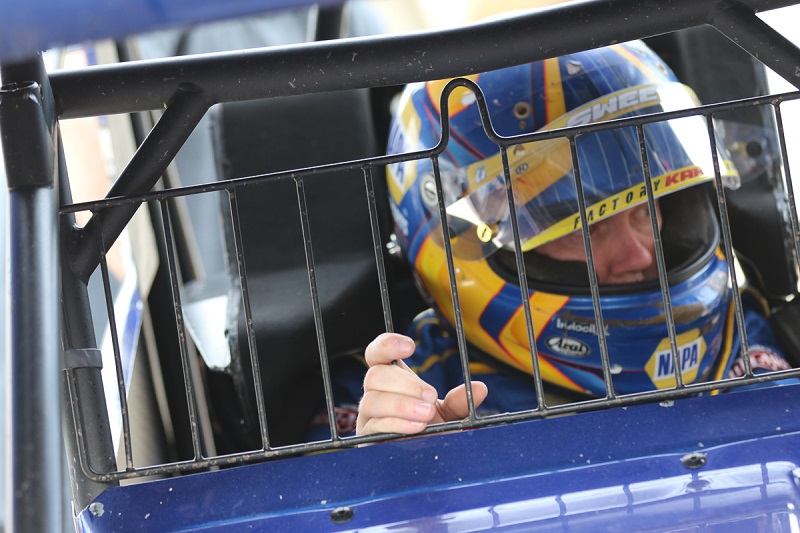 After a six hour drive east, Sweet and his team arrived at Lernerville Speedway in Sarver, Penn. Back in July, Sweet found himself once again in the bridesmaid spot of second. For Saturday’s World of Outlaws event, 36 cars signed in, and Sweet went out fifth-quick overall. This lined the NAPA AUTO PARTS team up on the outside front row of the first heat race. 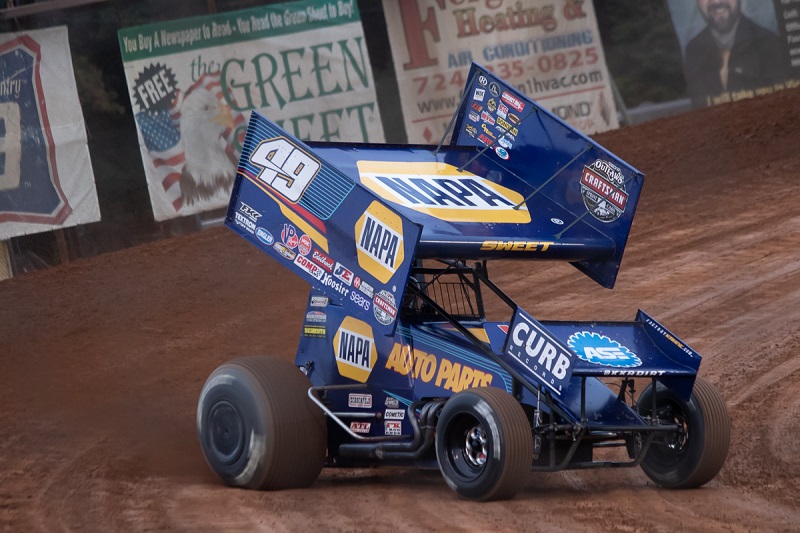 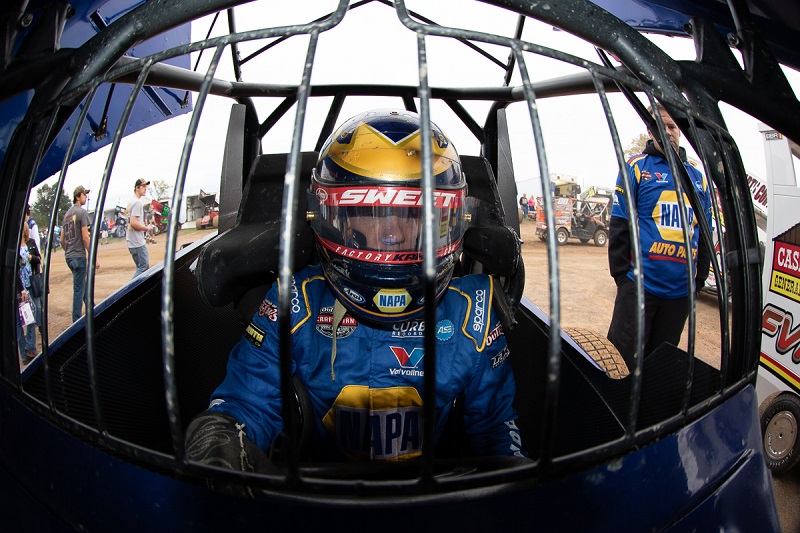 The green flag waved for the feature with 35 laps on tap. A few early cautions allowed the field to bunch up, and Sweet took advantage. The NAPA AUTO PARTS driver powered to the third position and set his sights on the two front-runners. By lap 25, Sweet caught the first and second place cars. The No. 49 quickly passed second and, on lap 28, Sweet used finesse to work his way to the lead. Once again, Sweet would be plagued by a green-white-checkered finish, but the pressure didn’t get to him. Sweet went on to win his eighth race of the season. 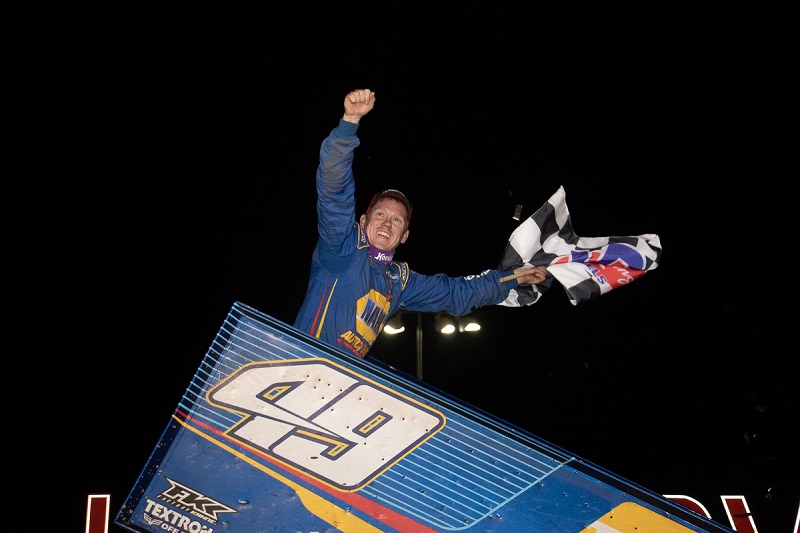 The World of Outlaws Series heads into Central Pennsylvania next weekend for the Champion Racing Oil National Open against the Pennsylvania Posse at Williams Grove Speedway. Saturday’s feature at The Grove will pay $56,000 to win, making it the second-highest paying event on the 2018 World of Outlaws schedule.