The NAPA AUTO PARTS Dodge Funny Car team’s momentum from last week’s event in Reading, Pennsylvania, carried over to the AAA Insurance NHRA Midwest Nationals. Ron Capps made four solid qualifying runs, earning all but four out of 12 possible bonus points. After securing the No. 2 starting position, Capps faced non-Countdown contender Cruz Pedregon in round one of eliminations. The NAPA team made another clean pass in the opening session but suffered a rare holeshot loss to their opponent. 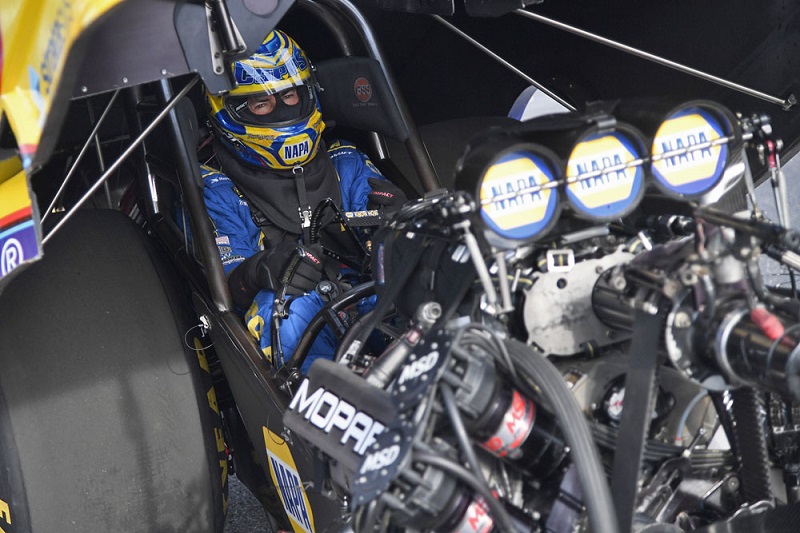 Capps and the NAPA AUTO PARTS team were nearly flawless throughout qualifying, making the second-quickest run of each round and earning bonus points during all four sessions. The 2016 Funny Car world champion’s 3.873-second Q4 pass, which held up to be the second quickest E.T. of the event, enabled Capps to start from the No. 2 position on race day. 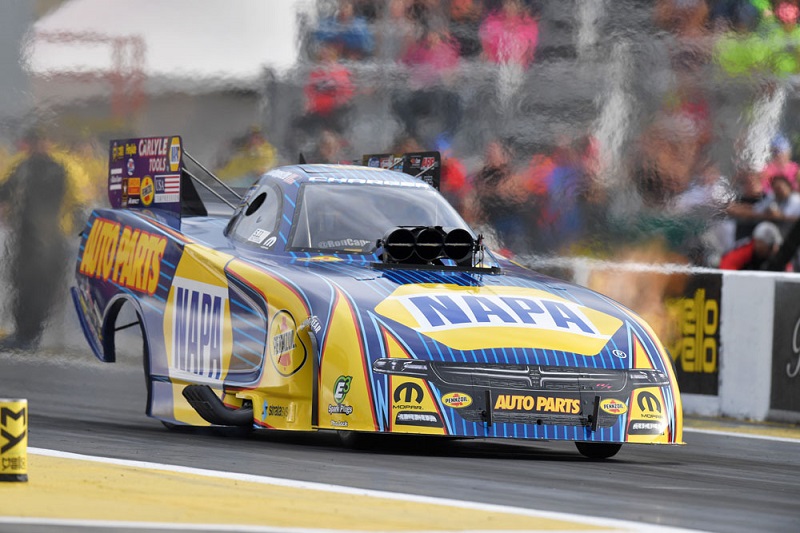 Capps’ round one matchup found him squaring off against ‘Countdown spoiler’ Cruz Pedregon. Capps powered the NAPA AUTO PARTS Dodge cleanly down the track in 3.978-seconds, but his opponent’s starting line advantage (0.067 vs. Capps’ 0.101-second reaction time) enabled Pedregon to claim the holeshot round win. 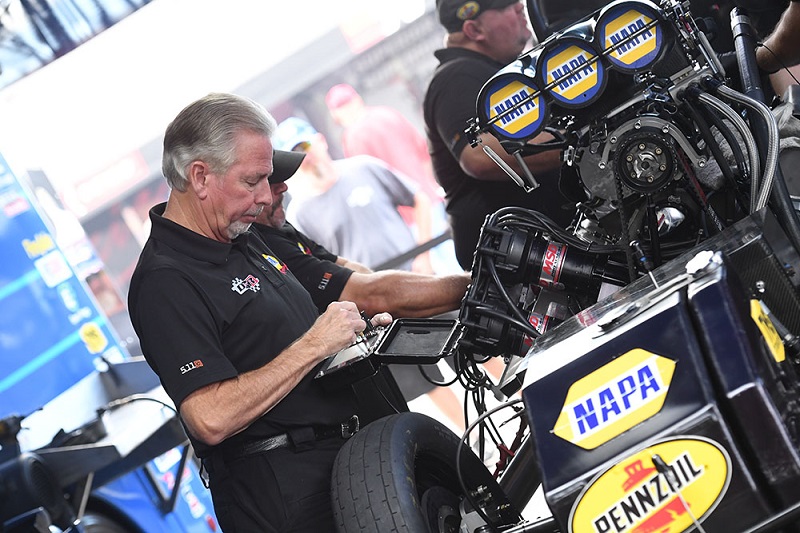 “We talked about these non-Countdown cars being dangerous,” said Capps, who leaves St. Louis ranked fifth in the NHRA Countdown to the Championship Funny Car standings. “They have a lot to prove and nothing to lose. Like I said at driver intros, you can’t take a driver and team like that lightly. Cruz has won two championships.

“I didn’t feel like I missed the light. Sometimes, as a driver, you feel like you didn’t hit the light as good as you normally do. I try to be consistent. The worst part is that it hurts so bad because we had the best car on the ground. We were so consistent and good in qualifying with (crew chief Rahn) Tobler and this NAPA AutoCare team. Run after run, in different conditions, we ran great. 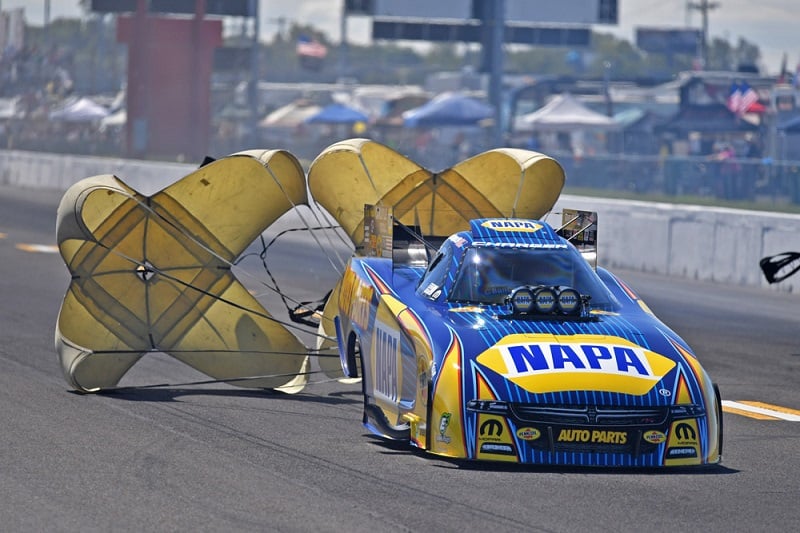 “We still have four races left and it seems like there will be first round losses by a lot of the Countdown hitters. It’s a letdown. I feel like I let down this entire team and everyone at DSR, and on top of that, we have to sit for almost two weeks. I can’t wait to get into the car on Friday at Dallas. These guys are my brothers and they’ll lift my spirits up. We’ll go on to Dallas and try to win the next four.”