It’s been nearly two years since the NHRA last contested a four-wide style event, which features four lanes of side-by-side drag racing action instead of the traditional two. Ron Capps and the NAPA AUTO PARTS Funny Car team overcame a rough start to the weekend by securing a No. 4 qualifying position to begin race day at The Strip at Las Vegas Motor Speedway. Capps parlayed his fourth-seeded position by advancing to the final round, ultimately finishing the day in fourth place. 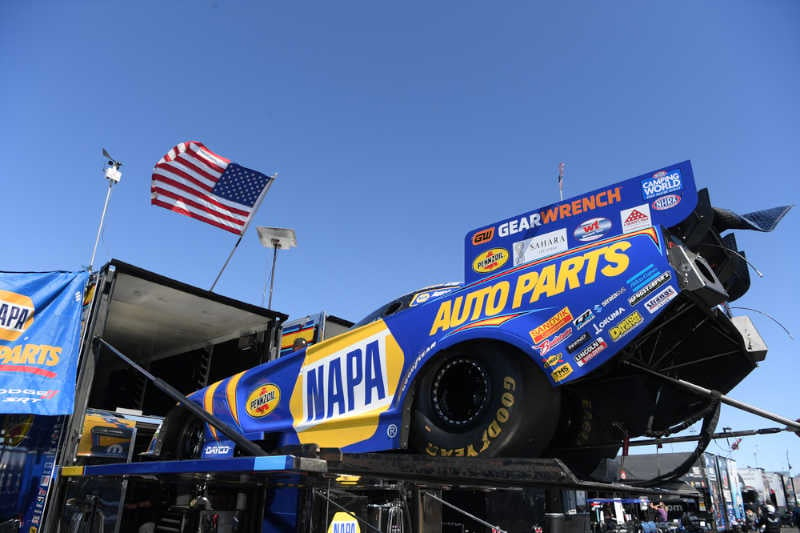 Admittedly, Capps’ weekend got off to a bumpy start. After the first two qualifying sessions, Capps found himself on the unfavorable bump spot (16th) when he lined up for the third and final qualifying round, but the 2016 world champion and his team flexed their NAPA Know How and Capps rocketed his machine to a stout 3.919-second pass to advance to fourth. 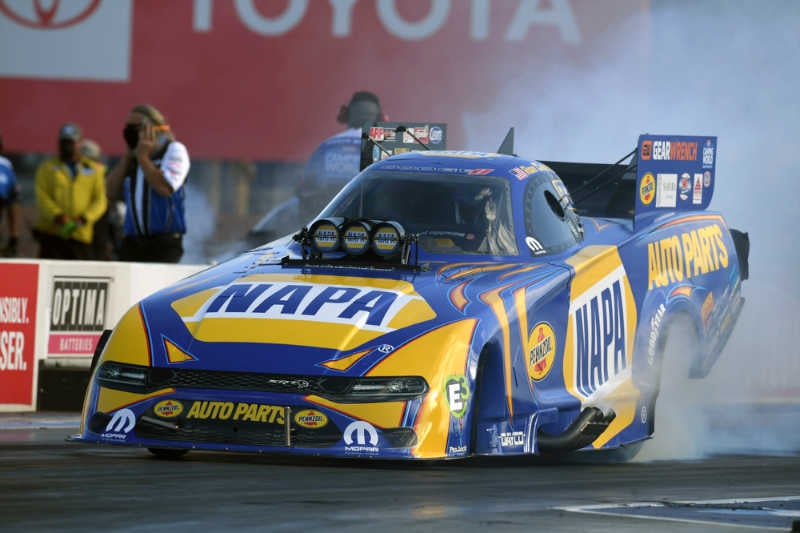 Capps’ first elimination round featured a showdown with eventual race winner Bob Tasca III, Bobby Bode, and Jim Campbell. Among the four racers, Capps was first on the throttle and drove the NAPA AUTO PARTS Dodge straight down the groove in 3.932 seconds to capture the win and advance to round two. Facing Robert Hight, J.R. Todd, and Tasca, Capps once again had the starting line advantage and won his quad on a holeshot to advance to a stacked final round. For the third time in a row, Capps found himself squaring off with Tasca, while teammate Matt Hagan and Tim Wilkerson rounded out the final quad.

Capps was prepared to clock another low 3.9-second pass, but dropped a cylinder early into the run, causing his machine to slow and allowing Tasca and Hagan to snag the winning and runner-up finishes while Wilkerson collected third. Capps leaves Vegas as a semifinalist; he advanced one spot to fourth in the point standings. 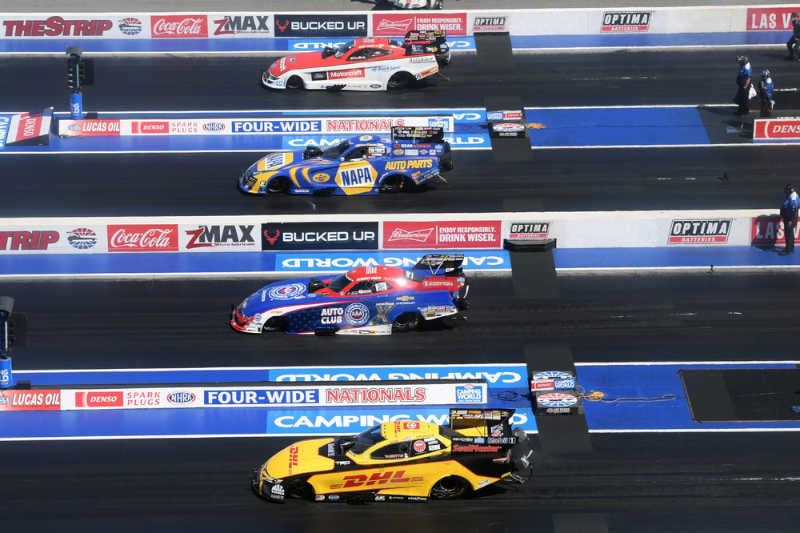 “It’s so nice to be back racing again after that month break, but it wasn’t a smooth weekend for the NAPA team,” Capps said. “We had a dropped cylinder the first run, but we fought back to get qualified and we were on the bump spot going into the last session. (Co-crew chiefs) Guido (Dean Antonelli) and John Medlen made great decisions to get us into the No. 4 qualifying position on the last qualifying run. Today was clockwork. We ended up in the same lane all three rounds today and that final was a stout group of cars with Hagan, Wilkerson, and Tasca. I felt confident that we’d go up and repeat with a low 3.90, but we had a hiccup with a cylinder at 300 feet and that dropped us back and I saw Tasca pop out there. It was a good weekend overall, and good with the points. The schedule is heating up and we’ll be at Atlanta in two weeks. Just a great job all around for our NAPA AutoCare team.”

Next Race: May 1-2, Commerce, Ga., NHRA Southern Nationals
How to Watch or Listen: FS1; NHRA.TV