Ron Capps returned to Atlanta Dragway as the defending NHRA Southern Nationals Funny Car event champion and was looking to claim one last Wally from ‘Georgia’s House of Speed’ at the final running of the event. After a No. 1 qualifier at the season-opener and a final elimination quad appearance at the previous event, Capps felt confident in his team’s ability to go deep into the elimination rounds on Sunday. 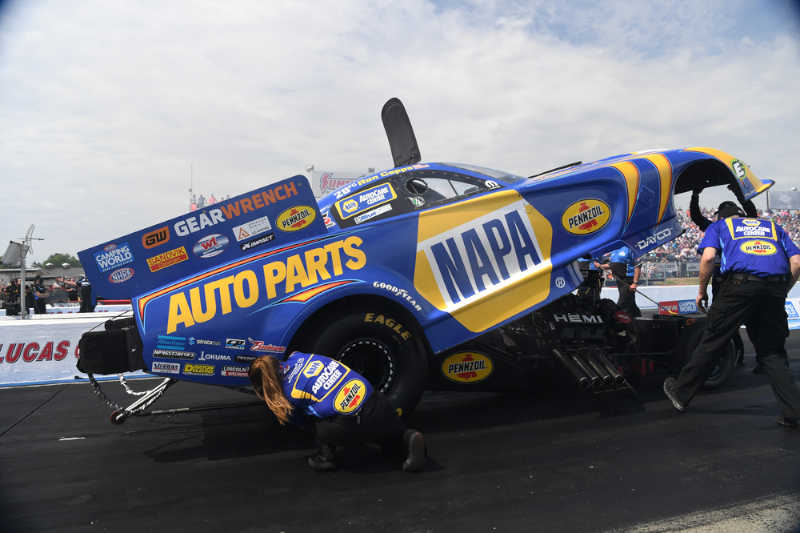 Saturday’s two qualifying sessions featured tricky track conditions which proved to be very challenging for most nitro crew chiefs, but the NAPA AUTO PARTS team used their NAPA Know How to unload with a stout 4.006-second pass which was second-quickest of the round. They returned to post a 4.039 E.T. in round two, making them the only Funny Car team to make a full pass in each of Saturday’s two sessions. Their strong performance earned them the No. 5 qualifying spot. 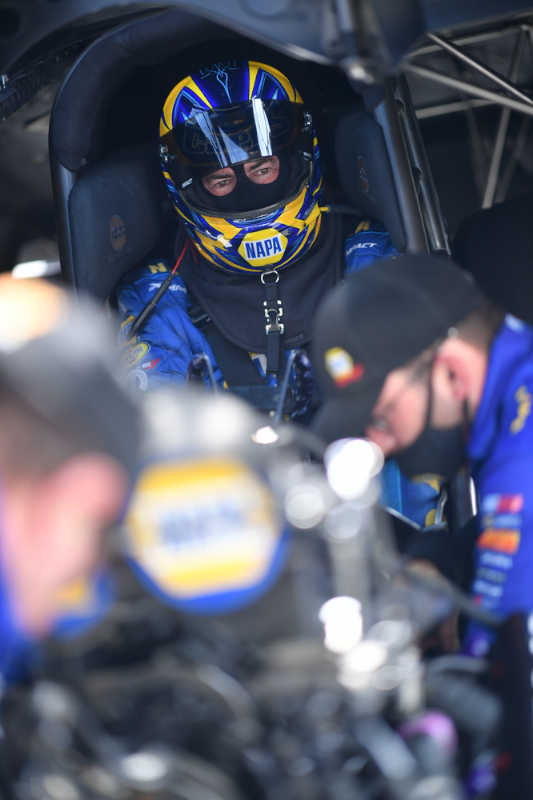 In round one, Capps extended his record to 12-0 over opponent Jim Campbell despite his machine losing traction and dropping cylinders near the top end. In the quarterfinals, he lined up opposite the only Funny Car driver with a higher win count than him – John Force. The decorated drivers were nearly even leaving the starting line and were neck-and-neck until just before the 1,000-foot timers when Force edged ahead, defeating Capps by a margin of victory of just fifteen-thousandths of a second. 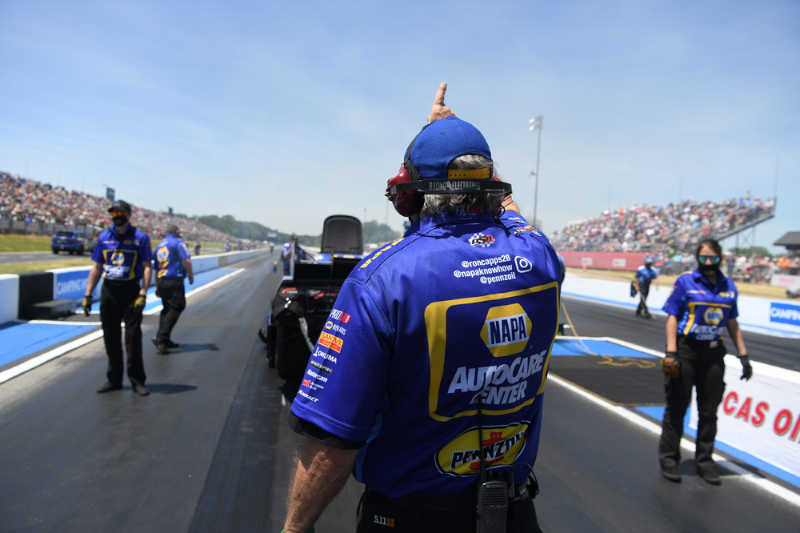 “A great job by this NAPA AutoCare team to put the car together to go down both runs in a tricky track during qualifying which is no easy task,” said Capps, a seven-time finalist at the Commerce, Ga., facility. “It was a very difficult track to get down, being that it was so hot. 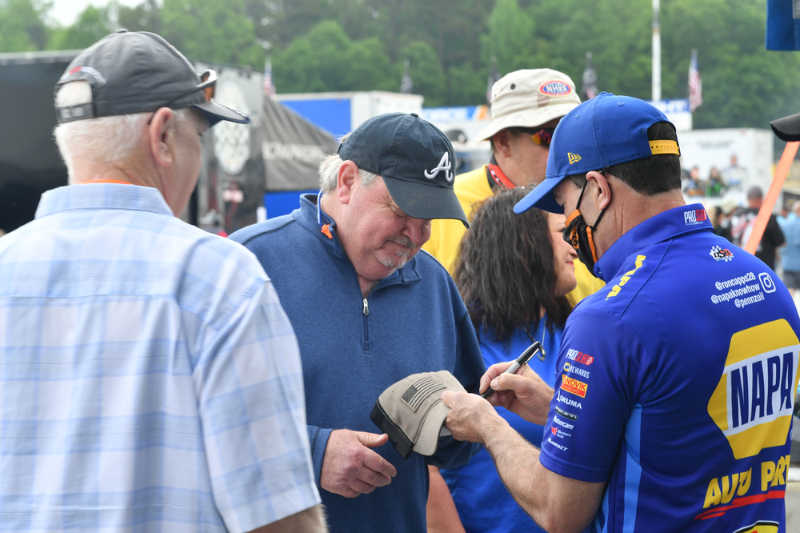 “A not so great race day today,” remarked Capps of his Sunday performance. “We tried not to beat ourselves first round and the second round is always a huge match-up with John Force, especially with this track and this being the last time in 40 years that we’ll race here. Force and I have had a lot of matchups at this track. I didn’t see his car, I didn’t even hear him, honestly. Our car moved out to the right and it might have had a cylinder out, but what a great race. I honestly thought the win light was burned out on our guardrail when it didn’t come on, that’s how close it was. Overall, another solid weekend. We had a lot of fun and were able to entertain some first-time guests from NAPA headquarters in their own backyard. Off to the four-wides next!” 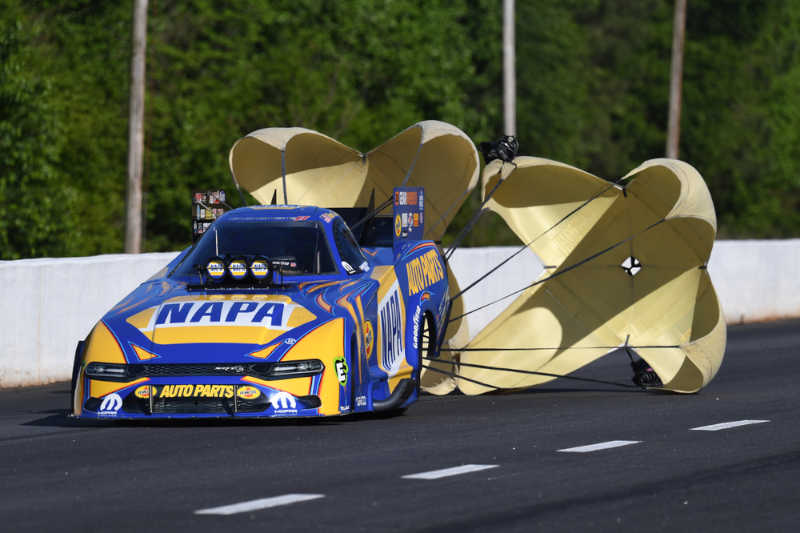 Capps and the NAPA AUTO PARTS Funny Car team compete next at the NHRA Four-Wide Nationals at zMax Dragway, May 14 – 16, where Capps returns as the 2018 event champion.